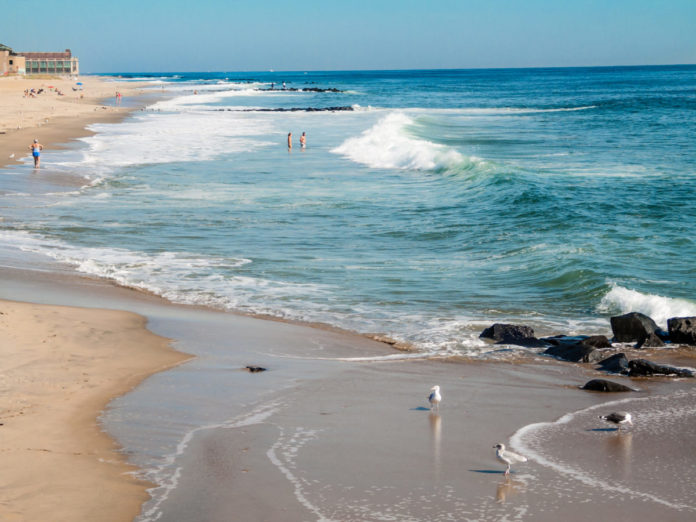 Asbury Park has long been known for its boardwalk, sandy beach and as a top destination for music history enthusiasts.  And it’s all that and more.

Built as a resort in the late 1870s, it features Victorian architecture, a beach, and an almost mile-long boardwalk.

The New Jersey Marine Sciences Consortium ranked Asbury as they 6th best beach in New Jersey.  Its sand and great surf provide hours of fun for visitors of all ages.  It has attracted swimmers, sunbathers, surfers, anglers and water sports enthusiasts for over a century.

The Asbury Park Boardwalk has no rides but it has eclectic shops, an arcade, mini-golf, a kids’ playground, waterpark area, and more.  At one end of the boardwalk, the Paramount Theatre and the Convention Hall have been drawing thongs of people for over 90 years.

You never know what you’ll see in Asbury Park.  It could be a drag queen party or an independent small band playing their music.  On October 5, 2013, Asbury Park Boardwalk had the largest gathering of zombies with 9,592 participants in the New Jersey Zombie Walk.

Step back in time at the Silverball Museum with more than 600 pinball machines in operation dating back to the 1950s.

It has been said that Asbury Park has a haunted history.  Paranormal activity has been reported in many different places.

In 1934, the S.S. Morro Castle was on its way to New York City.  A fire broke out on the ship and 137 people died.  The Morro Castle ran aground on the Asbury Park beach, just yards from the Paramount Theatre.  The theatre was used as a makeshift morgue for the bodies of the passengers and crew.

Tragedy struck the Paramount Theatre again in the 1950s when 2 young girls died in a fire in the theatre.  A few years later, there was a suicide there.

Today, the Paramount Theatre has been described by many as having a “negative energy.”  A lot of people have reported seeing 2 girls sitting together in the balcony in an empty theatre.  They turn away and when they turn back the girls would be gone.

There have been numerous reports of shadow figures being seen throughout the theatre.  Other people have reported feeling someone touch them when no one was there.  There have also been reports of people feeling a presence when they were alone.

Now would be a great time to visit Asbury Park.  There’s a great summer sale on hotels with discounted rates up to 68% off the regular rates.  Book these through Hotels.com to realize the savings.

Save Up To 48% On Hotels In Mount Pleasant, South Carolina