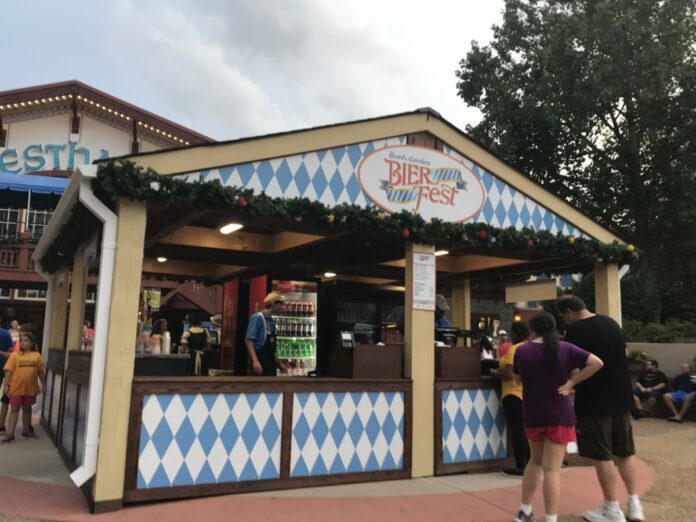 Would you like to attend Virginia’s largest craft beer festival?  Then it’s time for you to attend Busch Gardens Bier Fest!

And Busch Gardens Bier Fest is quickly approaching.  It takes place every Friday, Saturday, and Sunday from August 12, 2022, through September 5, 2022 (which is actually Labor Day, the only Monday you can attend the festival).

And this year should be amazing.  You get to select from 125 craft brews!  They come from 69 different breweries including 33 Virginia breweries.  There are brand new signature cocktails.

But the fun doesn’t end with the drinks.  There are also great food concoctions you can enjoy!  Since it is a Bier Fest, these are beer-infused foods such as spicy lager wings.  And since this is a Bier Fest, you can rest assured that the popular giant pretzel will be there, too!

But the fun doesn’t stop there.  There are brewery talks where you can learn a lot about the brewing process.  Local bands will be there to perform live music.  And you can still enjoy your favorite roller coasters and rides since this is still Busch Gardens after all!

This may sound like a lot to you.  And it is.  This is a fun-packed festival.  But today I’ll go into more event details.  And then as always, I’ll tell you how you can save money at Busch Gardens Bier Fest!

So the main reason to go to a Bier Fest would have to be the drinks.  The food is good, too.  And luckily, as I mentioned earlier, there is a lot of that here.

You can find it spread throughout the park.  I’ll tell you about some of the stations and what you can get there.

Here is a list of participating breweries from the great state of Virginia:

Here is a list of other participating breweries that are outside of Virginia but are from the United States:

But that’s not all!  There are also international breweries participating in Bier Fest, which is fitting since Busch Gardens has international theming!

There are a number of local bands who will perform on the Oktoberfest Outdoor Stage outside Das Festhaus throughout the festival.  It takes place at 1:00 PM, 3:00 PM, 5:00 PM, and 7:00 PM.

Here are the local bands who will be performing:

How to Save Money

Win A Vacation In Tuscany