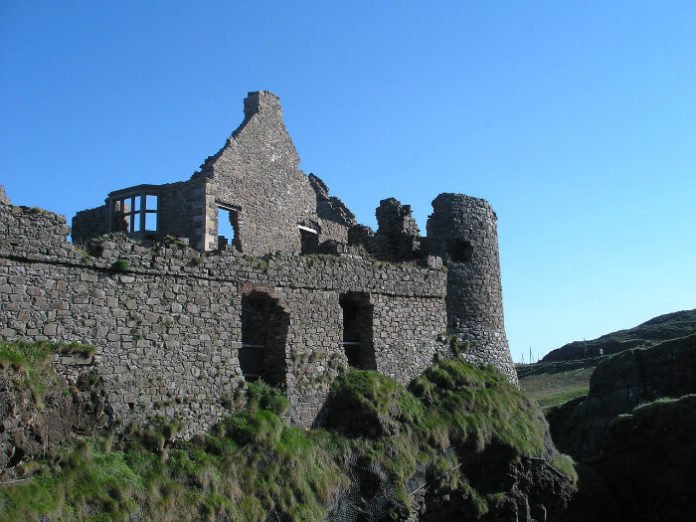 Leave from Dublin for a full day trip to the Giant’s Causeway.  Your first stop will be Belfast, the capital of Northern Ireland and you’ll have a chance to explore the city.  Next you’ll travel to eerie intertwined beech trees known as “Dark Hedges” which was used in the series “Game Of Thrones.”  You’ll have a brief stop to take pictures.  You will go on to Dunluce Castle which was seen on screen as the House of Greyjoy.  It is said that C.S.Lewis was inspired by this for “The Chronicles on Namia.”  The castle was built in the 13th century and now lies in ruins.  You’ll have a brief break for pictures.

And then it’s on to the Giant’s Causeway.  This was formed from about 40,000 interlocking basalt columns.  This is Northern Ireland’s only UNESCO World Heritage Site.  Clamber along the columns and look out over the rugged coast.  Your guide can explain how it got its name.  Your next walk will be over the Carrick-a-Rede Rope Bridge 100 feet up over the Atlantic Ocean.  It connects Carrick-a-Rede Island to the cliffs of Northern Ireland.

The tour will end with a stop in Cushendur which is the closest point between Scotland and Northern Ireland.  As you’re returning to Dublin your guide will tell you the story of the most famous goat in Northern Ireland.

Book this now through GetYourGuide and you can save 25% off the regular rates.

Win A Trip For 2 To Costa Rica

Save Money on Top Attractions in Miskolc Hungary