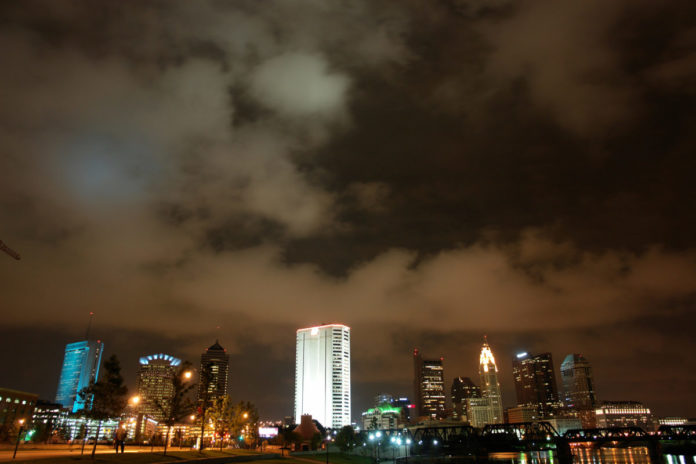 Hear ghostly tales and take a walk through Columbus’ history.  Listen to stories of murder, horror, ghosts, and tragedies in Columbus’ 200-year history.

The Ohio Statehouse was built by inmates from the Ohio Penitentiary during a cholera epidemic in 1861.  On April 29, 1865, Abraham Lincoln’s body was lying in state in the rotunda at the Ohio Statehouse.  50,000 people came to pay their respects to the slain leader.

Since then, there have been sightings of Lincoln’s apparition.  Many have reported seeing him dancing with Kate Chase, daughter of the former Ohio Governor Salmon P. Chase.

There have also been sightings of the Lady in Grey.  She always appears to be weeping into a handkerchief.

Opening in 1897, the Westin Great Southern Hotel is the oldest lodging establishment in Columbus.  The ballroom on the 7th floor is considered to be a hotbed of paranormal activity.  There have been numerous calls from rooms on the 6th floor complaining that the band in the ballroom was too loud when the ballroom was empty.

Char Bar, located off North High Street, sits on top of what used to be the Columbus Old North Graveyard.  Its lower level used to be a funeral parlor.  People in the pub often hear a piano being played in the basement.  There is a piano in the basement but it has no keys and cannot be played.

The Thurber House has the most well documented ghost in Columbus.  Writer James Thurber lived there and heard footsteps when no one was there.  This inspired his short story, “The Night The Ghost Got In.”  Renters before and after the Thurbers reported hearing the footsteps.  Ghost Hunters filmed an episode on the Thurber House.

More About The Tour

Learn the details of these stories and some of the why behind these inexplicable activities.

The tours are led by paranormal historians with a knack for story telling and an extensive knowledge of Columbus’ surprising dark history.  The 90 minute ghost tour is a great blend of history and the macabre.

Save up to 15% on Savannah Historic District Suite Hotel

Win A Great Vacation In The Place Of Your Choice In...

Save Up To 79% On Hotels In Kansas City