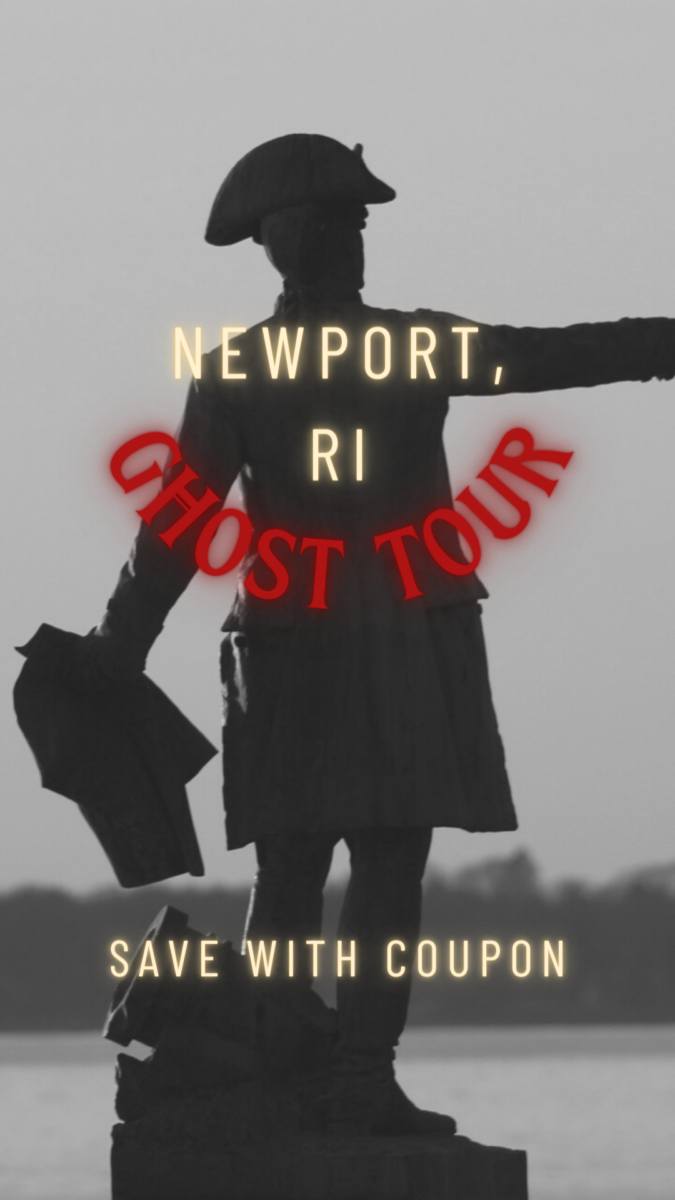 Newport was founded in 1639, making it one of the oldest cities in the United States. Its history includes military action in the Revolutionary War and occupation by the British Army. Outbreaks of yellow fever, smallpox and the Spanish flu killed many of its citizens. It should not be surprising that there have been so many spirit sightings.

Discover the dark side of Newport on a one hour Seaside Ghosts Haunted Walking Tour. Your professional guide will take you on a tour of the haunted sites of the city. You’ll see landmarks and hear the hidden secrets behind them.

Newport had a love/hate relationship with pirates. In the 1600s, pirates would do their plundering overseas. They’d live in Newport and other coastal cities. Merchants enjoyed taking their money.

At the end of Queen Anne’s War in 1713, the Royal Navy was downsized and a huge number of sailors were out of work. Many of them became pirates. They lived in the islands of the Caribbean during the winter. During the summer months, they’d raid shipping up and down the eastern coast of America. Pirates were no longer welcome in Newport.

You’ll hear of the criminal history of pirate Edward Low who loved to maim, mutilate and torture prisoners. One of Low’s ships was captured off the coast of Rhode Island. In 1793, 26 pirates were publicly executed on Gravely Point in Newport. Crude gallows were erected and, one by one, the 26 pirates were executed. A large, enthusiastic crowd watched the executions. It is not surprising that some of these lost souls still roam the streets at night.

You’ll hear the chilling tales of murder, suicides, scandals, betrayals, lost loves and so much more. Visit the Artillery Company and mingle with the spirits of Revolutionary, Civil and World War soldiers.

The Breakers is the summer home of the Vanderbilt family. Hear the story of Alice Vanderbilt and the tragic deaths of many of her children. Alice died in 1934. Since then, there have been innumerable sightings of Alice by family members, servants and guests on the second floor of the Breakers. Hear more about this.

Be sure you bring a camera. You never know what you might capture.

Are you looking for a way to save money on this ghost tour? Click here and you can save $3 (10% discount) on each ticket.