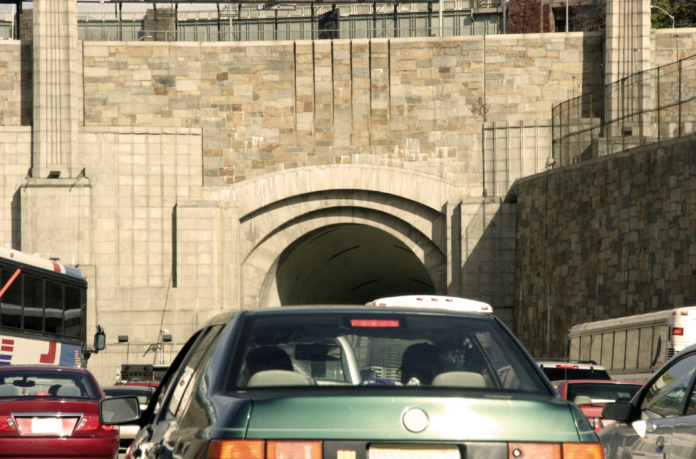 See over 40 Sopranos hotspots and become a Sopranos expert. Get a look at the filming locations and hear behind the scenes stories. This tour is based on the HBO series The Sopranos, starring James Gandofini so Tony Soprano, a New Jersey mob boss.

Your tour will begin in New York City and you’ll see sites from the opening credits, including the Manhattan skyline and the exit of the Lincoln Tunnel. Once in New Jersey, you’ll see sites from the credits like Pizza Land, Muffler Man, a featured Tudor house, the Valley Landscape and the ramp to the Pulaski Skyway seen at the end of every episode.

There’ll be a fun stop at Holsten where you can enjoy complimentary onion rings just like Tony and his family did in one episode. Sit in “Tony’s booth” with your family and friends for a photo you can share on social media.

Then it’s back on your air conditioned/heated bus to see some of the most recognizable places, including Pussy’s auto body shop, Barone Sanitation (Tony’s business), Satin Doll aka Bada Bing and the Skyway Diner where Christopher got shot.

You’ll go on to see other major sites in the show, like Searchlight Diner, Cozzarelli’s Party Box (which is now unoccupied) and St. Cecilia’s Church (Carmela’s church).

and many, many more.

You’ll get to go inside the Bada Bing and sit on the steps of the diner where Christopher was shot. The exact itinerary and route of the tour will vary due to heavy traffic, road work and weather. Tony’s house on the TV show isn’t included on the tour. It’s an hour away from the other tour sites and in in a private residential neighborhood that does not allow tour buses.

The tour guides are actors who have appeared as stand-ins or extras on the show. They’ll share little known facts and interesting behind the scenes information.

Are you looking for a way to save money on the Sopranos tour? Click here and you can save $7.20 (10% discount).

Save on a Talk from NFL Writer John Clayton