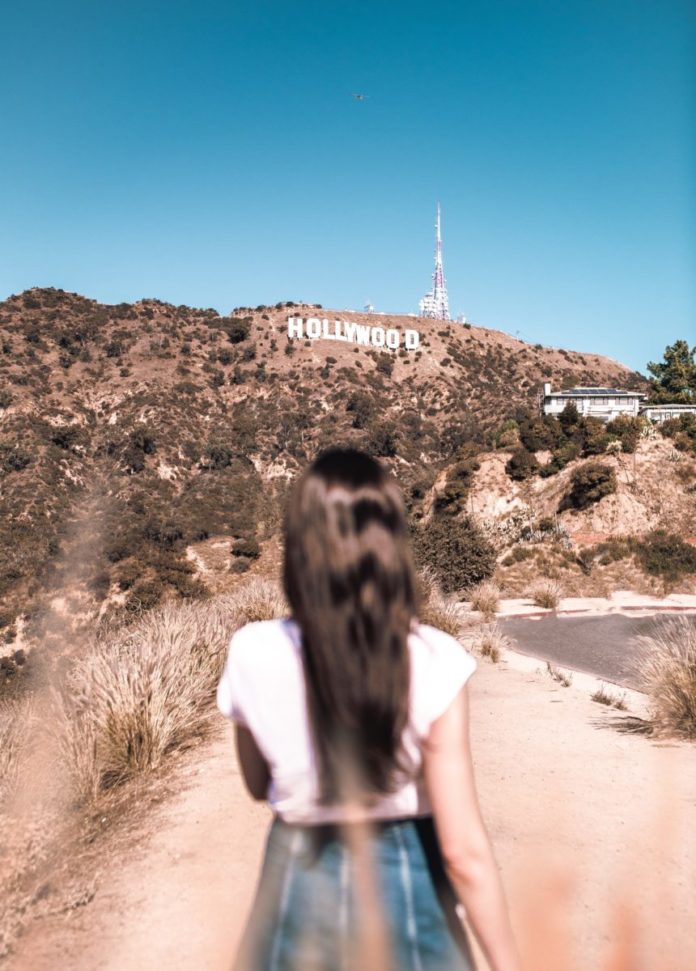 A larger than life symbol of the entertainment industry, Hollywood has landmarks that most of us have only seen in the movies. You’ll get to see these sights up close on a small group tour of Hollywood and Beverly Hills.

There will be a 10 minute stop at the Hollywood Sign. You can get out and admire the view and take pictures. You’ll also see the famous Laurel Canyon.

You’ll drive down the famous Sunset Boulevard. A mile and a half of this street is known as Sunset Strip. You’ll see a premiere collection of nightclubs, boutiques, comedy clubs, restaurants and rock clubs. The Laugh Factory, The Roxy, The Comedy Store, Whiskey A Go Go and Viper Room are located there. It is a magnet for people watchers and celebrity wannabes. Be on the lookout. You never know who you might see on the Strip.

Your tour will take you through Beverly Hills neighborhoods. You’ll stop and spend a few minutes at

You’ll also stop for a few minutes on Rodeo Drive. See the luxury boutiques and upscale shops on this very expensive street. There will be a short stop at the Beverly Wilshire Hotel that was seen in the movie, “Pretty Woman.”

There will be a stop at The Beverly Hills Hotel Spa on Sunset Boulevard in Beverly Hills. One of the best known hotels, it is associated with Hollywood stars and celebrities. The hotel really took off in the 1950s and famous guests include Princess Margaret and Lord Snowden, the Duke and Duchess of Windsor, John Wayne, Peter Fonda, the Crown Prince of Monaco and Grace Kelly, King Albert of Belgium and many more. In 2012, Whitney Houston died in Suite 434 in the hotel. The room number was retired and the suite repurposed.

Another stop will be at the Chateau Marmont. Built in 1929, it was loosely modeled after the Chateau d’Amboise, a royal retreat in France’s Loire Valley. It is known for being a short and long term residence for celebrities. Chateau Marmont was home to Greta Garbo and Howard Hughes. In 1982, John Belushi died of an overdose in one of the bungalows.

You’ll see the Hollywood Walk of Fame with its almost 3,000 stars embedded in the sidewalks along blocks of Hollywood Boulevard and Vine Street. The stars are monuments to achievement in the entertainment industry. It is a very popular tourist attraction with millions visiting it each year.

Grauman’s Chinese Theatre is a movie palace on the Hollywood Walk of Fame. It opened in 1927 with the premiere of Cecile DeMille’s “The King Of Kings.” It has hosted numerous premieres, including the 1977 “Star Wars.”

Save On Jungle Bells At The San Diego Zoo