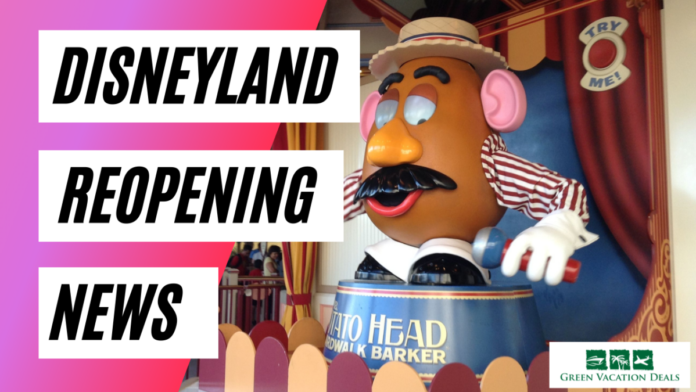 If you’ve been missing Disneyland park or Disney California Adventure, then we have some great news for you.

And starting April 15, you can buy tickets again.

If you want to visit Disneyland or California Adventure, you need 3 things:

1. Valid tickets to the park

3. To be a California resident (And if you’re not a California resident, rest assured that this third requirement is just a temporary requirement that is expected to be lifted in the future.)

Things to Do in Disneyland 2021

Once inside the parks, you can enjoy some of your favorite rides.

Throughout the parks, you can expect to see favorite Disney characters make appearances from a safe distance.

For example, you can see Disney princesses (like Cinderella, Mulan, Rapunzel, Snow White & Elena of Avalor) at the Royal Theater in Fantasyland.

Star Wars favorites like Chewbacca and Rey, as well as First Order Stormtroopers, can be found at Star Wars: Galaxy’s Edge.

Marvel superheroes will be making appearances at the Hollywood Backlot Stage (such as Black Widow, Captain America, Thor, Black Panther and Spider-Man).

And Disney Junior stars (like Doc McStuffins and Vampirina) will be seen on the stage of the Disney Theater in Hollywood Land.

If you want to save money on your park tickets, make sure you check out Undercover Tourist for great prices. Remember, these tickets will go on sale on April 15.