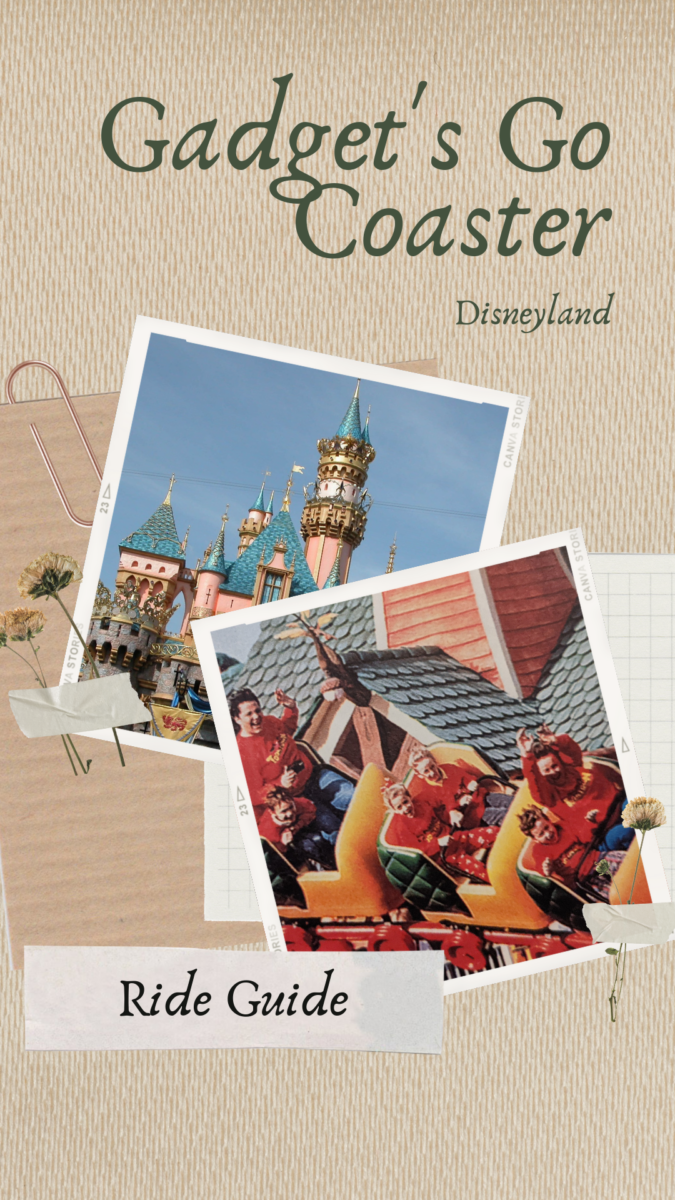 Have you ever ridden Gadget’s Go Coaster?

This junior roller coaster is actually the shortest attraction – only 44 seconds long! – in Disneyland theme park in Anaheim, California. (You can also find a version of the ride at Tokyo Disneyland.)

Find out if you should add it to your itinerary for your next Disneyland trip!

So in case you aren’t familiar with her, Gadget refers to Gadget Hackwrench, a mouse character from the TV show Chip ‘n Dale: Rescue Rangers. This was a cartoon that originally aired on the Disney Channel from 1989-1990. You can currently watch it on Disney+.

On the show, Gadget was shown to be a brilliant inventor. Thus, it’s fitting that for the ride, the backstory is that she has fashioned the roller coaster together using things like oversized acorns and giant toy blocks. There are also bridges made from items like a soup can, old comb, thread spool, and pencils. (These objects are all giant, as guests are meant to experience it from Gadget’s point of view.)

Since it’s a junior roller coaster, you aren’t going to have any inversions or anything of that intensity. However, the ride experience is actually more thrilling than it looks! So keep that in mind if you’re not sure if the small drops might be too much for you (or your child).

To ride Gadget’s Go Coaster, you must be at least 35 inches (or 89 centimeters). Kids and adults alike can ride, as long as they meet the height requirement. Each car (resembling a hollowed out acorn) is rather small and was designed to fit 2 people: 1 adult and 1 child. So if you are an adult rider, you’ll most likely want to ride alone or with a small child.

Gadget’s Go Coaster is located in the Mickey’s Toontown section of Disneyland. Both the ride and the area first opened on January 24, 1993. (Fans of the Magic Kingdom in Disney World may remember a similar land, the now defunct Mickey’s Toontown Fair, which was once located where New Fantasyland is now.) Other attractions in this area of Disneyland include:

If you want to save money on your tickets, then click here. You can save up to $24 per ticket. And don’t forget to make a park reservation for the dates you want to visit!

If you want to learn more about Gadget’s Go Coaster, and all of the rides at Disneyland Resort, we recommend this book. It was very helpful in writing this blog post!

Celebrate The 4th Of July In Virginia Beach

Walkthrough of the Oceanfront Country Inn in Virginia Beach

Get A Free Trip To Star Wars Galaxy’s Edge