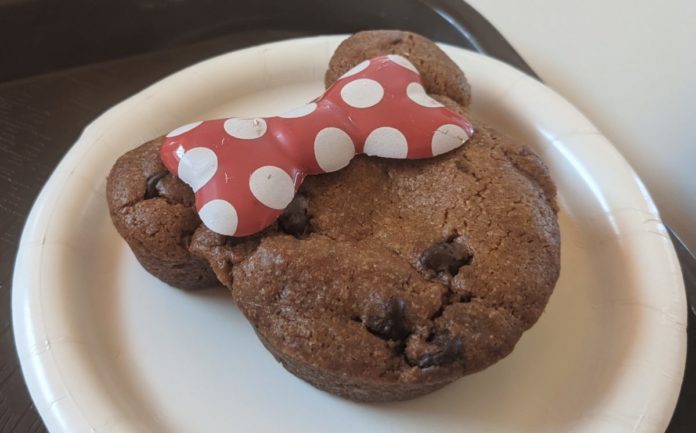 So even if you haven’t been to Disney World in the past year, you probably realize it looks a little bit different in the past due to the COVID-19 pandemic.  But the changes aren’t just people wearing facemasks and temperature checks.  The dining options are a bit different.

But in a way, that is a bit exciting.  I always love trying new things at Disney World.  So I was excited I could have lunch at the Tomorrowland Terrace Restaurant in Magic Kingdom.  Usually, when I visit Disney World, there is nothing going on there except for dessert parties at night for people watching the Happily Ever After fireworks show.  But right now, you can have lunch here!

I really love eating here in large part because of the location.  The Tomorrowland Terrace Restaurant is located at the front of Tomorrowland right beside Main Street USA.  The best part about the location to me is the proximity to Cinderella’s Castle.  You can get great views of the castle while you eat.

Another great part about the location right now is that at any given time you can get a Character Cavalcade.  That’s basically a mini-parade with a few select Disney characters.  It is one thing I like about Disney World right now because it’s kind of exciting to just see characters randomly in the park.  It kind of makes me feel like a little kid again.  Like back before I knew exactly when parades were going to happen and I just sort of thought everything just happened randomly.  While my family was having lunch at the Tomorrowland Terrace, we saw multiple Character Cavalcades.  We saw characters like Alice in Wonderland, Peter Pan, Moana, Gaston, Mary Poppins, and Aladdin.  Which was of course really exciting. 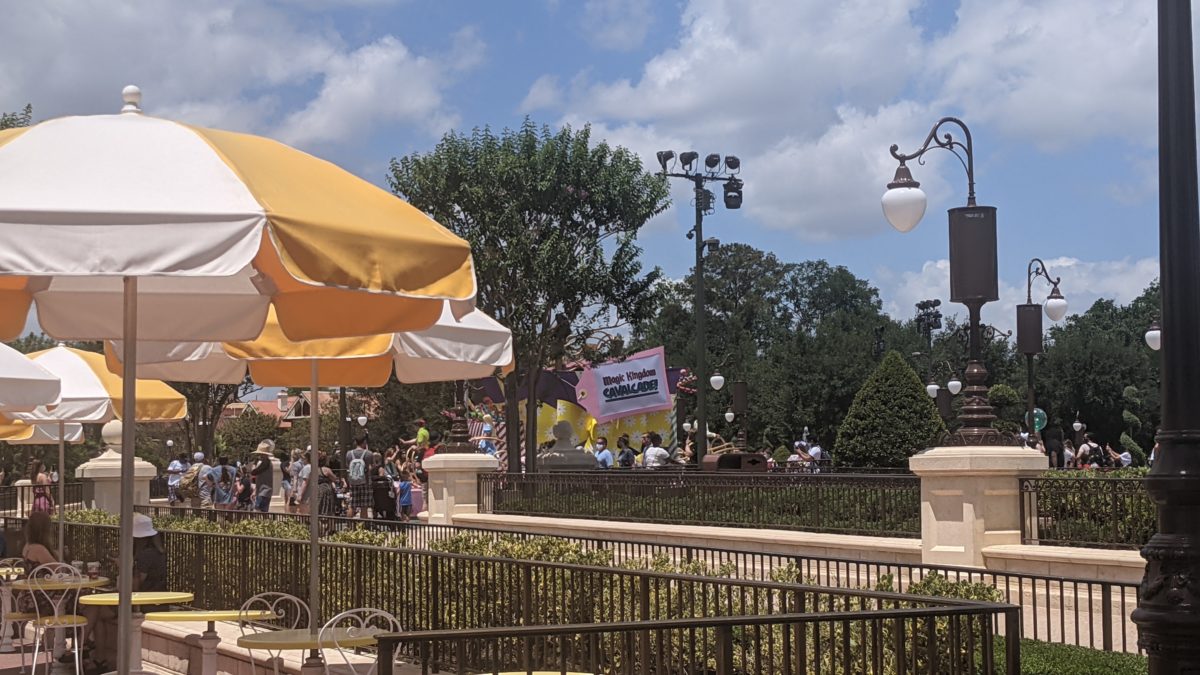 And if you want to get a more up-close look at the Magic Kingdom Cavalcade, you can leave your seat and go get a better view! 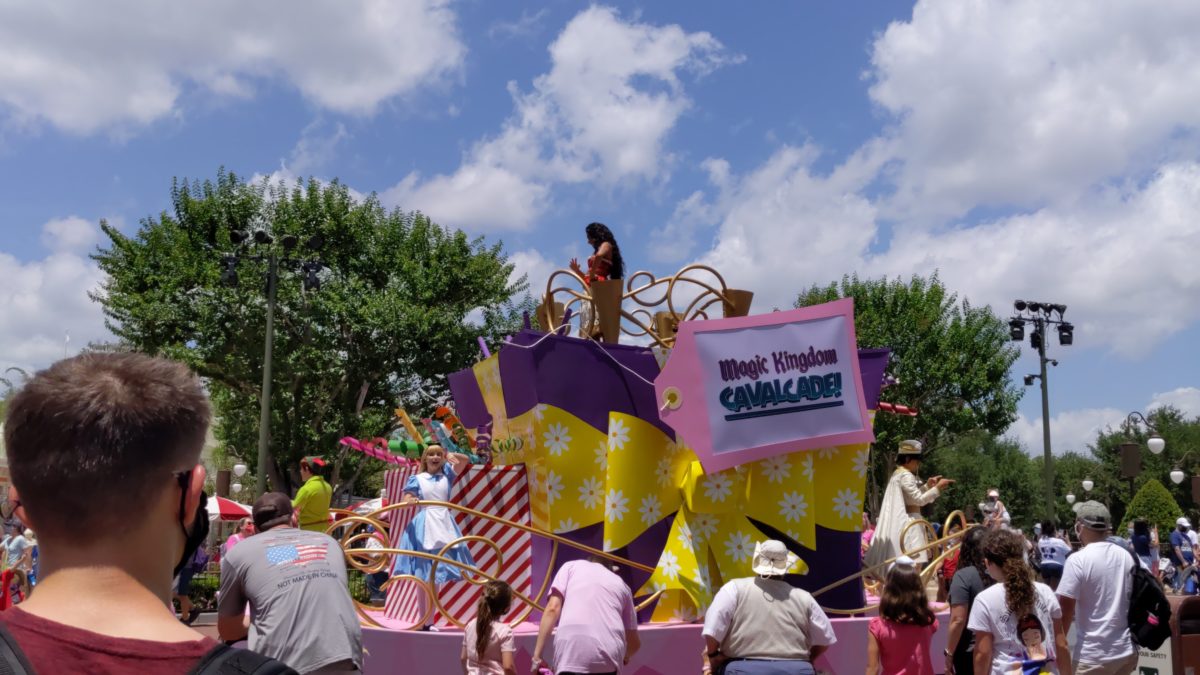 Another thing I like about this location is you are really close to the front of the park.  It was getting hot that day and I was staying at the Grand Floridian.  So after lunch, we were able to quickly leave the park and get back to our room (and out of the sun). So obviously the location is a pro.  As is the food, but I will get to that later.  But first, a few other reasons I recommend you eat here with your family. 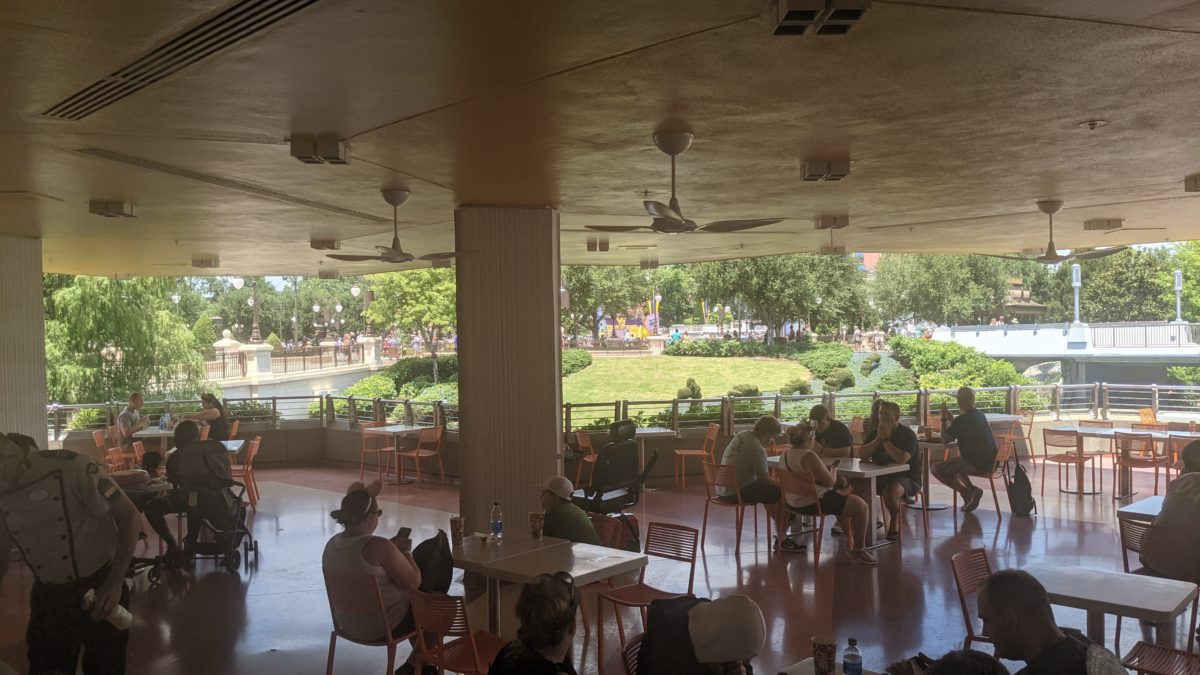 Another thing I liked about eating at Tomorrowland Terrace was that the cast members who worked here were really nice.  I know a lot of places these days are short-staffed so you can deal with snippy employees, but that was not the case here.  I ordered the food ahead of time through the app and stood waiting for my meal.  This was standard with other meals I had during my trip.  But a cast member actually went up to me and told me I could go ahead and sit down while I waited for my meal to be ready.  I was kind of floored by how nice they were.  So this definitely made the whole experience a lot better.

But all those other things wouldn’t matter if the food weren’t good.  But that’s not the case here.

My family has always liked Columbia Harbour House, so we were happy with the menu.  We got some chicken tenders and fried shrimp.  They give generous servings here, so we actually ordered three entrees for four adults and we still had leftovers.  So, as long as you don’t have anyone who would hog the food, you could consider sharing some food here.  All of the food was great!  I especially liked the hush puppies.  The French Fries were good, too. 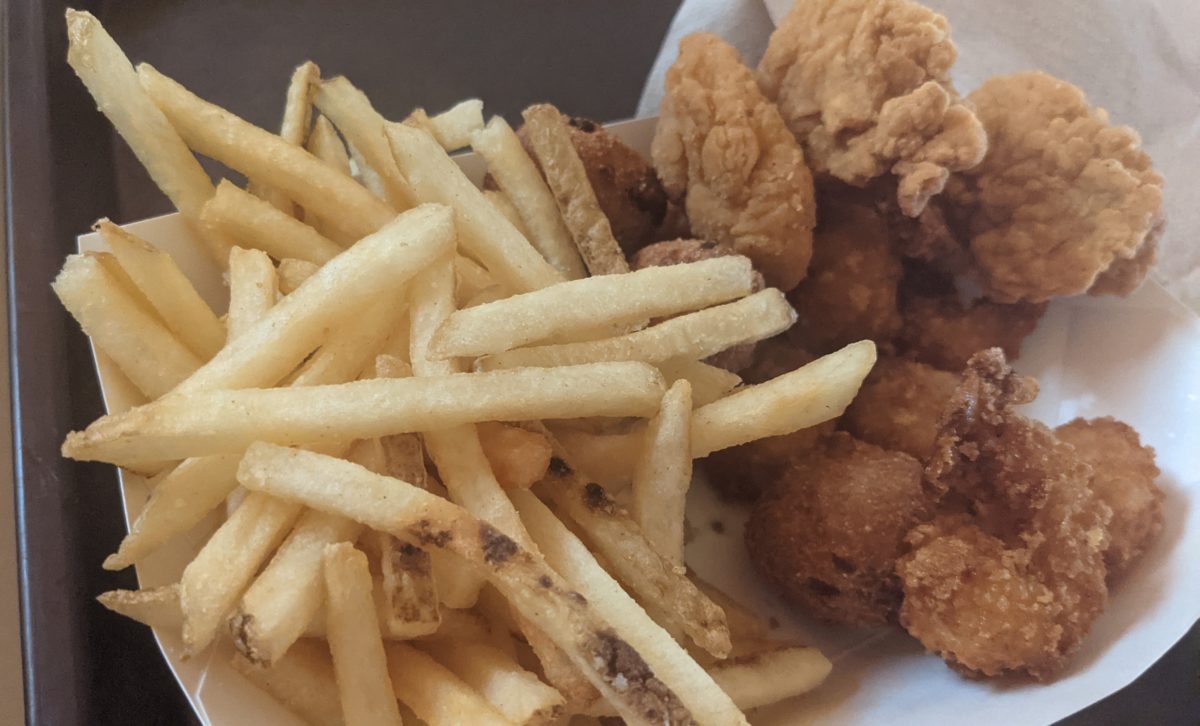 You can also get fish or a Lobster roll.  I have had the fish before at Columbia Harbour House and it is good, but I didn’t have any at Tomorrowland Terrace.  They also have a salad in case you don’t like chicken or seafood.

Oh, and we also had a dessert.  We got the Minnie Mouse Chocolate Chip Lava Cookie.  I had to get it when I saw the picture on my app because I thought it was so adorable. 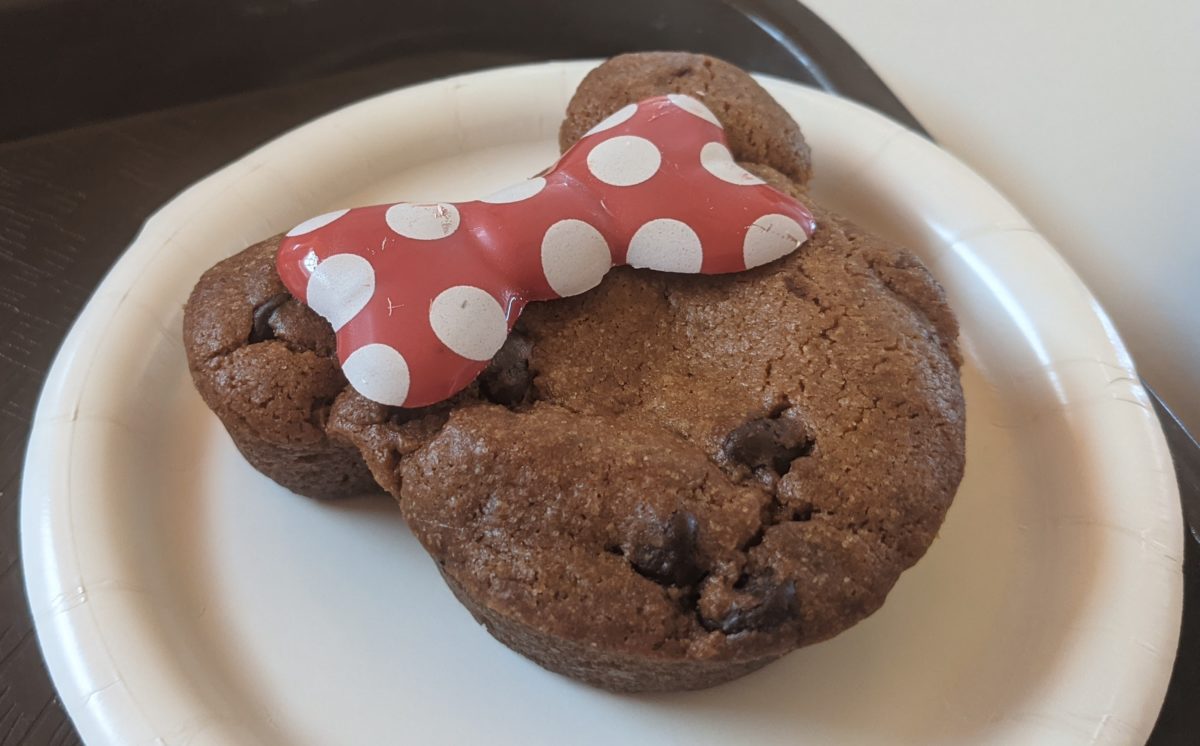 Oh, and I love dessert.  And it did not disappoint.  It was delicious!  It was a little harder than I normally like cookies and it was kind of messy, but it was so good that I did not care.

So if you’ve read this blog before you know I love telling you guys how to save money on travel.  So I do not want to disappoint here.  Here are some ways to save money at Disney World:

Win A Trip To Disney World For The 50th Celebration