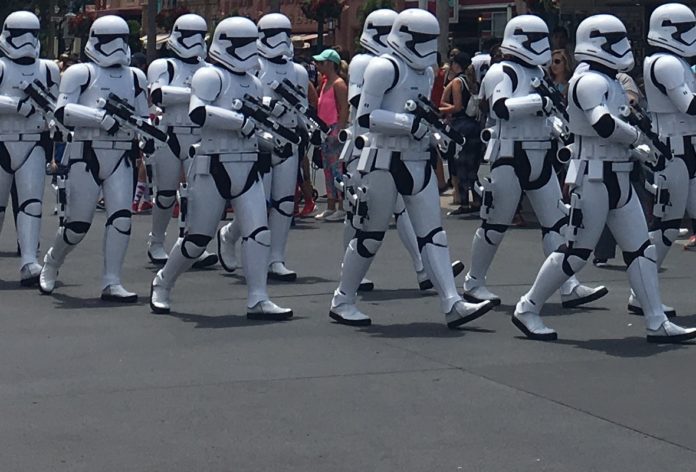 Legends of the Force – A Celebration of Star Wars

The Force will be strong at Disneyland Paris next year.

That is because Legends of the Force – A Celebration of Star Wars will be coming to the Disneyland Paris Resort!

This Star Wars celebration will take place from 11th January to 15th March 2020.

The most iconic moments of this movie franchise will be celebrated.

And there will be new celebrations for you to enjoy.

Prepare to be amazed at Star Wars: A Galactic Celebration Show.  The night sky will be full of sounds & sights from your favorite characters, like Luke Skywalker, Obi-Wan Kenobi and Anakin Skywalker.

Watch a Star Wars show live at this awesome stage show at the Production Courtyard in Walt Disney Studios Park.  It stars some of your favorite characters like Chewbacca, Kylo Ren, BB-8, and Rey.

See for yourself Darth Vader lead the stormtroopers on a military march.  This takes place at the Production Courtyard in Walt Disney Studios Park. This Star Wars event features great character meet & greet opportunity.  You can see Chewbacca & Darth Vader up close and get your picture taken with them.

In addition to these new Star Wars experiences, you’ll also get to enjoy some of your favorite Star Wars attractions at Disneyland & Hollywood Studios.

A trip to Disneyland isn’t complete without this 3D adventure Star Wars ride!

Disney Illuminations is the great nighttime fireworks shows at Disneyland.  There are great projections on Sleeping Beauty Castle from classic Disney tales, including Star Wars.

Looking to save money on tickets to Disneyland Paris & Walt Disney Studios Park?  Then check out our tips on getting a good deal on tickets.

Save on Cruises from Tampa