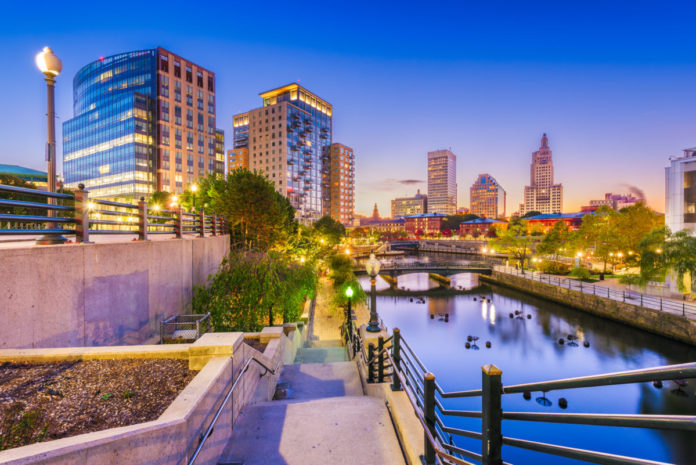 Providence is the capital and largest city in Rhode Island.  The city blends the old with the new with historic attractions, theaters, the scenic Riverwalk, outdoor skating center, convention center, and a renowned restaurant scene.

One of the oldest cities in the U.S., Providence was founded in 1636 by Roger Williams who was forced to flee Massachusetts because of religious persecution.  He named it “God’s Merciful Providence,” and the new settlement followed a policy of religious and political freedom.  Situated at the mouth of the Providence River at the head of Narragansett Bay, it became a major New World seaport.

Providence residents were among the first to fight in the lead up to the Revolutionary War.  Rhode Island was the first of the colonies to renounce its allegiance to the British Crown.

You’ll find many 19th-century mercantile buildings in the Victorian and Federalist styles in downtown Providence.  Built in 1828, Westminster Arcade is the oldest enclosed shopping mall in the U.S.

The highest contiguous area of buildings listed on the U.S. National Register of Historical Places is Providence’s East Side neighborhood.  You’ll see many pre-Revolutionary houses there.  College Hill has 18th and 18th century houses lining its streets.

Providence is home to a 1,200-acre park system in addition to state parks.  Some of them include

Overlooking Narragansett Bay, It has 2 baseball fields, 53 picnic sites each with a fireplace and Paws Path, a dog walking area.

It has the Roger Williams Memorial Statue overlooking the city.  You can get a panoramic view of the Providence Skyline from here.

Located in downtown, it has food trucks at lunch.  Free concerts are held there in the summer.

Designed in 1874, the park is listed on the National Register of Historic Places.  There are 485 acres with over 100 acres of ponds.  The park’s major attractions include

The park and its surrounding areas feature walking paths, concerts, restaurants and Waterfire.

If you’d like to explore and learn more about Providence, you should take one of the many tours that are offered here.  Try a boat tour, a gondola tour, a twilight river cruise, or a haunted boat tour.