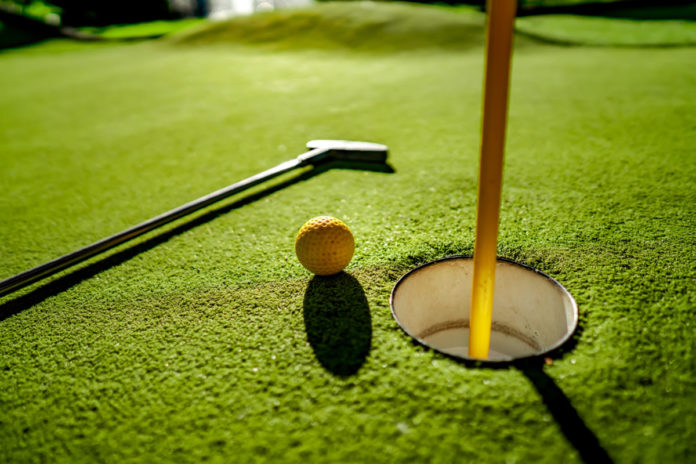 Bayville Adventure Park is a lot of fun.  And it’s not just me that is saying it.  Check out the awards they have been getting lately.

So why is Bayville Adventure Park winning so many awards and fan votes?  Because there is so much to do there for kids and adults to enjoy!  We’ll go over the top attractions.  And we’ll tell you how to get a great coupon to save money on your admission!

Bayville Adventure Park has a mini-golf course, and it is not just any mini-golf course.  It is themed to the real-life adventures of Captain Bartholomew Bay!  He was one of the most feared pirates during the 18th Century.  He amassed wealth, built a hidden base, and buried his treasure right here on what would become his family’s land.  Captain Bartholomew Bay even composed phony maps and set fiendish traps to stop anyone from stealing his treasure.   But, unfortunately for him, he never got to enjoy his treasure.  He was lost at sea somewhere in the Bermuda Triangle.

But now you can experience adventure – and who knows?  Maybe you’ll find some of his buried treasure!

The basic story behind this attraction is this.  Colonel Benedict “Wrong Way” Bay and his trusty near-sighted navigator Foggy Smythe-Tomlins set out in his plane “The Cloud King” to map icebergs in Antarctica.  But, as you can imagine based on his name, he made several miscalculations in direction.  He crashed in the jungles of the fabled land of Timbuktu. He explored Timbuktu’s uncharted Walaango River Region and discovered many valuable artifacts.  Foggy, unfortunately, was eaten by giant carnivorous M’Tu-Tu flies.  But after surviving the Forgotten Temple of Sheir-Lii, Colonel Bay miraculously returned to the Cloud King’s crash site.  He sent out an S.O.S.  And now you can board one of the rescue boats and explore the Walaango River!

This is an attraction based on the true-life adventure of Brittany Bay.

While she was on an expedition in the Amazon with her father (Colonel Benedict Bay), Dr. Brittany Bay (an anthropologist) made a huge discovery.  It was a type of monkey that had never been seen before. They were named “Baaru”, or “Monarch of the Jungle”, because of their appearance and cries.  Dr. Bay brought some of them back to Bayville to study.  A jungle treetop environment was constructed as a temporary home for the monkeys.  Now you can join the research team – but first, you have to ascend into the jungle canopy.  And that means navigating the rope bridges!

Master Sergeant Buster “Buzz” Bay was a major innovator in the world of flight.  Buzz designed the Bungy Bounce training center in the Adventure Dome to get his squad of Parachuted Protectors ready for sky patrol, air search and rescue, and cloud diving.  Now, top scientists at Bayville have created a state-of-the-art Bungy Bounce in the Adventure Dome so you, too, can test your skills.

Bradley Bay’s Rock Climbing Challenge is a great place to go if you like rock climbing.  It is named after Bradley Bay, the rock climber who climbed some of the world’s highest peaks (Matterhorn, Mount Makalu, Kilimanjaro, Mont Blanc, McKinley, etc.).  You can train the way he did!

Baxter Bay’s Mystery Funhouse was built in 1890 by Bayville’s founder, Bennett Balthazar Bay.   At the time, it was considered a marvel of modern technology,  It was the centerpiece of B.B. Bay’s Carnival of Wonders.  It was eventually passed on to Baxter’s great-grandson, Benjamin.

But there was always something strange about Benjamin – and the Funhouse itself soon became stranger and stranger.  Don’t believe me?  Go see it for yourself!

Brewster Bay and his research team have uncovered an incredible archaeological find.  They said they found the forgotten Temple of the Hybaara cannibal cult.  They said they unearthed many items like painted skulls, ceremonial daggers, and other items used to create their fabled zombie mummies.

But before Brewster unveiled the whole site, his research team mysteriously disappeared.  People have said the site is cursed – and that the temple is a never-ending maze with a terrible secret.

And all that was left from the expedition was a torn page from Brewster Bay’s journal.  His notes indicate he left clues to where he is on four golden skulls located inside the temple.  So you will need to find the skulls and clues, put these clues together, solve the puzzle…and then find a way out!

But that’s not all.  Tombstone Creek had other secrets.  And unfortunately, renegade scientists from the dangerous organization S.W.E.R.V.E. (Scientific Weapon and Energy Research in Volatile Electromagnetism) were able to discover something in Tombstone Creek they had been looking for.  And that’s an ultimate power source that would help them control the world. And they had found it in the artifacts of Tombstone Creek.

So now you need to help Biloxi Bay and his team of archaeologists gather the right gems and fossils before the agents of S.W.E.R.V.E. use it for evil.

So, apparently, Martians invaded Bayville in June of 1996.  Dr. Berkley Bay was the scientific advisor to Global Units for Alien Research and Defense (a.k.a. GUARD).  He was in his truck that as full of top-secret gadgets making way to his Bayville laboratory.  But he never arrived.  No, the Martian Mothership landed near West Harbor Beach just as the Bayville Beach Balloon Festival was about to commence.  And while conventional weapons did not work against the aliens, Dr. Bay noticed a child throwing a water balloon against one of the Alien Soldiers worked.  So Dr. Bay got everyone there to use water balloon missiles against the Aliens.

And now there is a Wild Water Balloon Wars training station you can visit.  You’ll be trained in the ways of Advanced Aqua Combat and see if you can fight off future Martian fighters.

After years of studying electronics and machinery in Europe, Professor Burton Bay came home to Bayville in 1965.  He had a new family business in mind.  Fast forward to today and now you can enjoy fun games at his Arcade of Amusements.

This is where you get pick a hermit crab to sponsor and then you can cheer the crab on during the race.  Prizes are awarded to anyone sponsoring the winning crab.

Buckley Bay’s Adventure Tower is actually three attractions in one.

This is a great activity for guests of all ages!

Bentley Bay’s Time Machine is a thrilling ride.  You’ll strap into the gyroscope orbitron machine and then spin your way into another dimension!

This adventure water slide is a great way to cool off.

If you love a good train ride, then you will love the Bayville Adventure Express Train!

Looking for a coupon to save you money at Bayville Adventure Park?  Click here and you can save 24% on your admission.