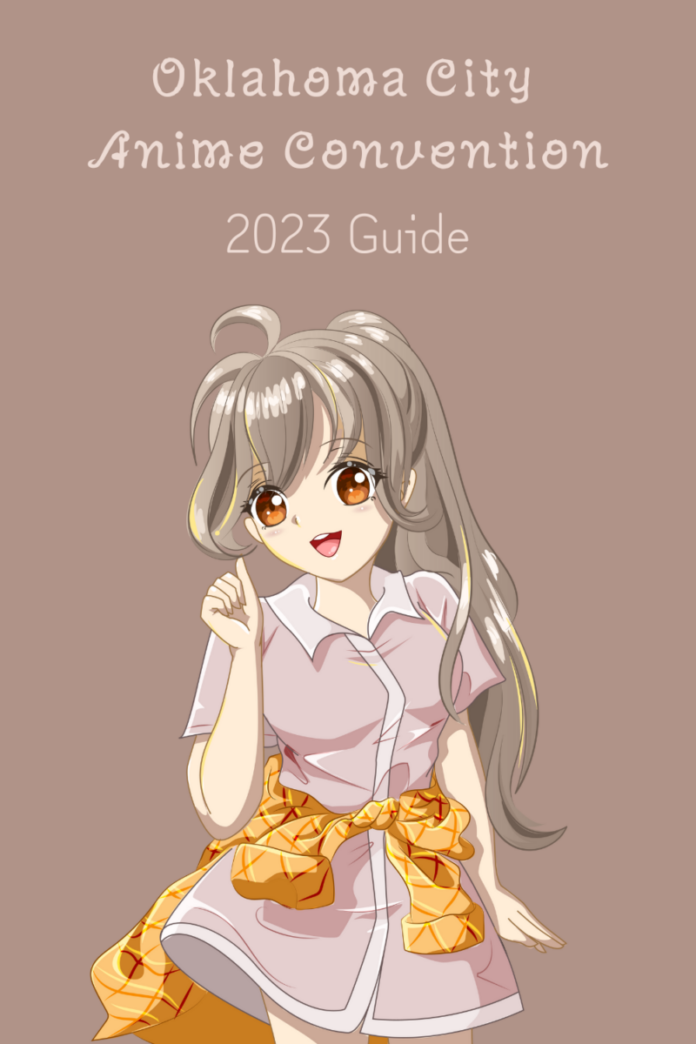 How would you like to spend New Year’s Eve with other anime fans?

In Oklahoma City, you can do just that!

In fact, it’s not limited to just New Year’s Eve. And that’s because OKiCon takes place over the entire New Year’s weekend, from Friday, December 30, 2022 through Sunday, January 1, 2023. The anime convention is located at the Embassy Suites in Norman, part of the Oklahoma City metropolitan area. And it is multiple rooms full of panels, performances, celebrities, and more!

OKiCon is fun whether you’re attending alone, with friends or a partner, or with your whole family. It’s a family friendly event – anything inappropriate for children is marked as 18+ and generally takes place at night.

We’re going to go over some of the fun things you can do at this Oklahoma City anime convention. And we’ll also share how to get tickets, as well as where you should stay that’s convenient to OkiCon.

Is there a better way to say good-bye to 2022 and hello to 2023 than with fellow anime lovers? This New Years Eve party takes place from 10:00 PM to midnight on Saturday night.

Kazha is a fantastic musical trio from Japan, founded by Kazuha Oda and Hideki Matsushige. They have toured internationally and appeared at many anime conventions and festivals. You have two chances to see them perform, on Friday and Saturday nights.

On Sunday, you can enjoy Idol and Kpop performers from the OKC area.

Compete against other lip-syncers on Saturday afternoon. It’s a great opportunity to have fun while showing off your performance skills!

This improv show has the audience and two teams competing against each other.

At this adults only improv show, there’s no limit to the crazy suggestions from the audience!

Adults ages 18 and up can enjoy this nerdy burlesque show on Friday night.

Some of the other events at the convention include:

This year’s OkiCon has a number of impressive guests! They will appear on Q & A panels during the convention. You can also meet the celebrities (at no additional cost) and get photos and autographs (at an additional cost set by each individual celebrity).

And those celebrities are:

If you love cosplay, you’re in luck! Cosplay is strongly encouraged.

Not only is there a Cosplay Contest you can enter, but there will be some cosplay meetups throughout the weekend.

Additionally, there are also a number of panels discussing topics like:

Cosplayers appearing in the panels include:

Wondering how much anime convention tickets are?

Well, for one day, it’s $39.99, while you’ll pay $59.99 for the weekend. So choosing the weekend option is the best deal. And if you want tickets for a child, that’s a discounted rate of $24.99. (Please note that those prices do not include taxes and fees.)

You can purchase tickets to this OKC anime convention here.

Wondering where to stay during OkiCon?

The most convenient option is to stay at the same hotel as the convention. And that hotel is the Embassy Suites by Hilton Norman Hotel & Conference Center.

If you’re going in costume, you can just get in costume and walk right to the convention. And even if you’re not planning on dressing up, being so close (and not having to drive) makes it easier to attend as many events as you’d like during the weekend.

Click here to book a stay at the Embassy Suites where OkiCon will take place.

Another great option is the Hampton Inn & Suites Norman Conference Center Area, which is right across the street. Click here to book your room or rooms at Hampton Inn.