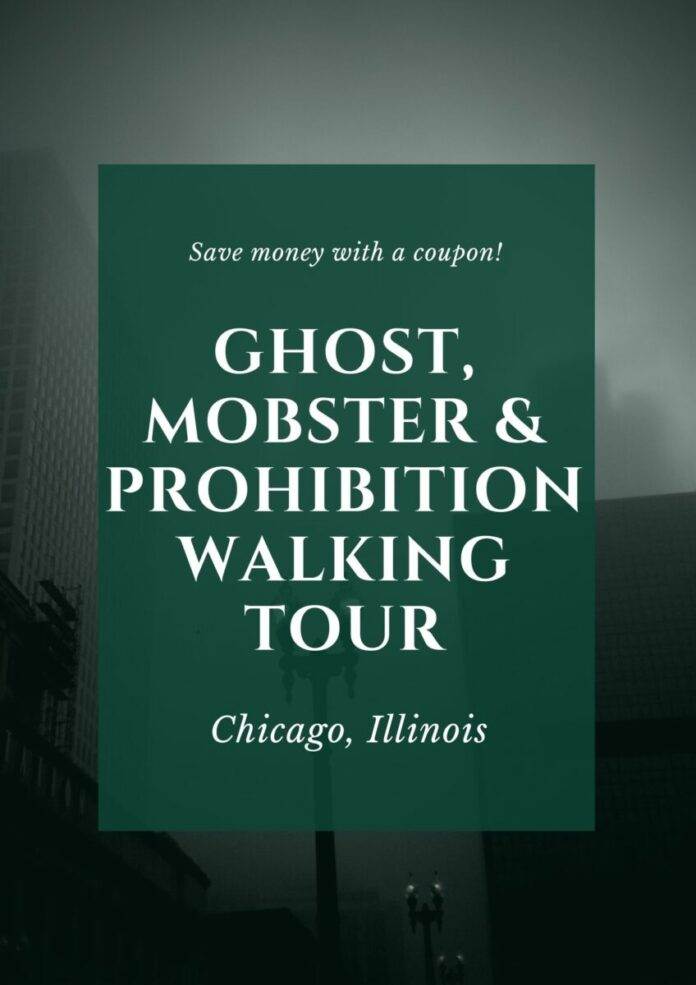 The best way to explore a city is with a walking tour. You’ll see things you could never get close to on a bus tour. Your guide can point out hidden gems that most tourists never see.

Chicago is known as one of the most haunted cities in America. Take a stroll through downtown Chicago and find out why it has that reputation. Chicago has a long history and much of it is unfortunate and dark. Chicago is the home of the first known serial killer, H.H. Holmes. Chicago is the site of the Fort Dearborn Massacre, the Great Fire of 1871, the Iroquois Theater fire and “Death Alley,” the Eastland Disaster and much more. And, of course, there’s always the mob, machine guns and murders. With all this violence and these tragedies, it’s not surprising that so many lost souls are restless and still roam the streets at night.

Be sure to take your camera. You never know what you might capture.

Walk through the streets of downtown Chicago and see where the Chicago Outfit aka Mob began. Learn how the mob and crime helped shape Chicago into the city it is today. Hear tales of the St. Valentine’s Day Massacre. Learn about Chicago’s infamous gangster murders. Walk the streets where Frank “The Enforcer” Nitti and Dion O’Banion once walked. Hear stories of Al Capone, John Dillinger and George “Bugs” Moran. Learn about gambling dens, brothels and mob hitmen. Listen to tales of Chicago native Eliot Ness and the “Untouchables” and their campaign against the mob.

The 18th Amendment prohibited the manufacture and sale of alcoholic beverages. The Volstead Act was passed in 1919 to take effect in 1920 to enforce the 18th Amendment. Learn about Prohibition and the effect this had on the city of Chicago.

Walk through the downtown’s Gold Coast and River North neighborhoods. Your guide will point out famous landmarks and tell you about their significance. Hear stories of bootleggers, “bathtub gin” and crooked cops.

In the early 1920s, the Genna family mob gave hundreds of people in Chicago’s Little Italy one golden copper “alky cooker” or still to make small batches of homemade liquor in their kitchens. The illegal liquor cost the Gennas $.50 to $.75 and they sold it to speakeasies for $6 a gallon.

The tour will start and end at speakeasies in downtown. See the back rooms and learn about the raids. Order a Prohibition cocktail for yourself (own expense).

Save $5 on Halloween Brick-or-Treat Chicago LEGOLAND