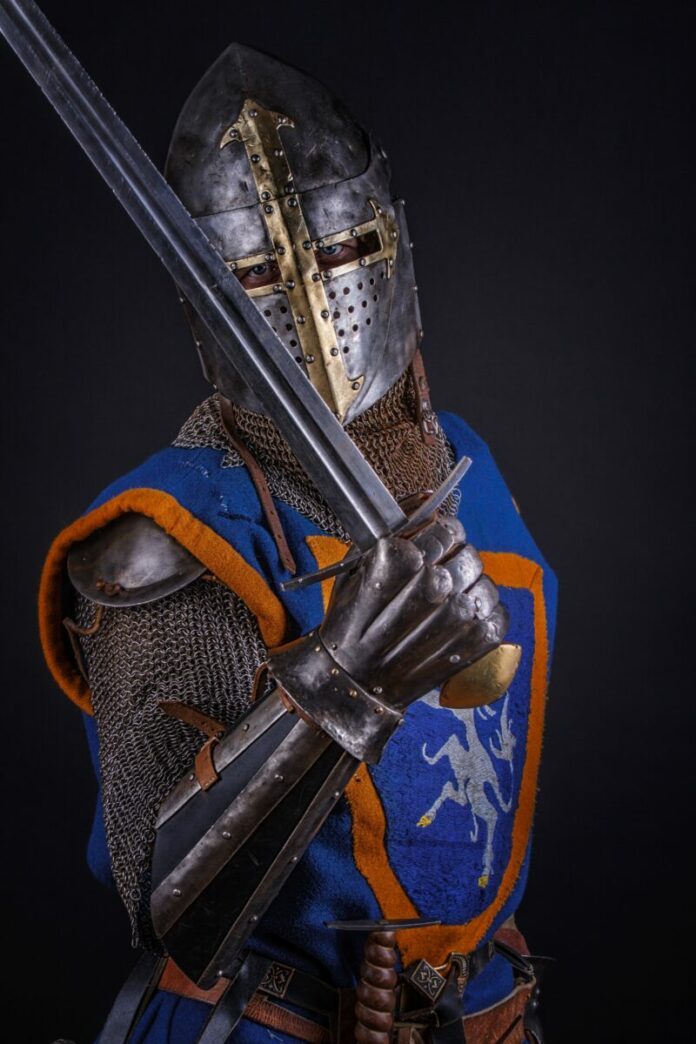 Ever wanted to time travel back to the 13th century?  Since 1993, the Great Lakes Medieval Faire has given guests the opportunity to feel they have done just that.

The 2022 Great Lakes Medieval Faire is currently running now through August 12, 2022.  It takes place in Rock Creek, Ohio, in the Cleveland/Akron/Canton area.  The story behind this year’s faire is that you can join the Knights Templar on their quest for fabled artifacts and treasures.  They are hidden within the village of Avaloch.

Part of the fun for some is dressing up.  Of course, you don’t have to dress up.  But this is a fun experience for cosplayers.

A lot of people come for food and drinks.  Classic medieval faire staples include turkey legs and shepherd’s pie.

Then there are all the merchants selling their crafts.  They have one of Ohio’s largest open-air marketplaces.  You can also see artisans working on their crafts like glassblowing and metal work.

They also have themed weekends.  For example, this weekend (August 6th-August 7th), the theme is Celtic Celebration & Music Fest.  You can sing and dance along to great Irish and Scottish music.  The next weekend, the theme is Super Heroes & The Land of Discovery!

I mentioned before the twelve stages for performers.  So it shouldn’t surprise you they have a lot of great entertainment here at the Great Lakes Medieval Faire.

Here are some of the performers that you might see at the Great Lakes Medieval Faire:

Looking for a way to save money on admission to the Great Lakes Medieval Faire?  Want a promo code?  Well, I can get you something even better!

All you have to do is click here.  Then you save up to 39% on your admission to the Great Lakes Medieval Faire.  The saving is automatic, too, so no promo code is even needed.  You can get a discounted single-day ticket or discounted season pass.  Act now while this great deal lasts!

Best 35 Romantic Getaways in Ohio on a Budget