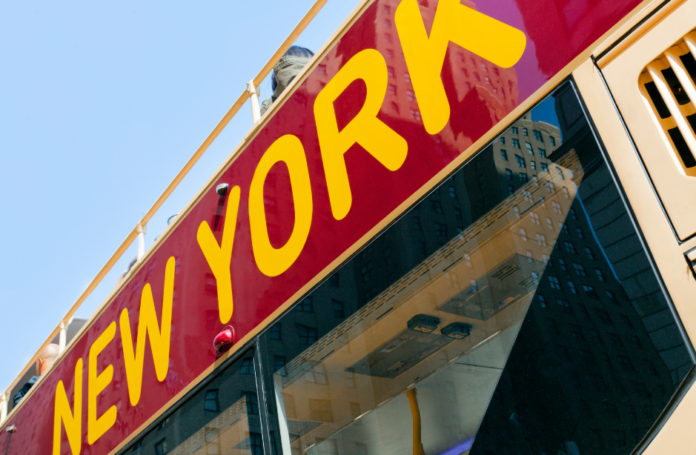 If you are traveling to New York City, then I’m sure there are a lot of attractions you want to see.  So why don’t consider seeing them on a Big Bus Tour?

A Big Bus Tour is a great idea.  Driving around New York City yourself can be quite hectic.  And if you take the Subway, you won’t be able to see the attractions while you drive.  You also won’t get any commentary about New York City.

And then they offer commentary, too.  You’ll learn a lot about New York City this way.

And of course, the Big Bus is a great form of transportation.  You can get off at any stop along the way.  You can explore the area.  And then you can get back on the bus and continue the tour.  You can get a Big Bus pass for multiple days and use it for your whole trip.  It is a wonderful way to see multiple things in New York City that aren’t located that close to each other.

My family has taken the Big Bus tour in multiple cities and always have a great experience.  We learn a lot about the city, even if we’ve already visited there a bunch of times already.  And it’s a great form of transportation around a city with a lot of tourist attractions, which New York City obviously is.  So we definitely recommend getting a Big Bus New York ticket.

But if that hasn’t convinced you, then check out the stops.

There are two different Big Bus lines – the blue line and the red line.  Between the two lines, you should be able to get off near any place you want to visit in New York City.

Here are some of the attractions you should be able to see on this bus tour.

Stops on the New York Big Bus Tour include:

Looking for a promo code for the Big Bus tour in New York City?  Well, I can do you one better!  Green Vacation Deals can get a great deal on your ticket just by clicking here.  No promo code is even needed!