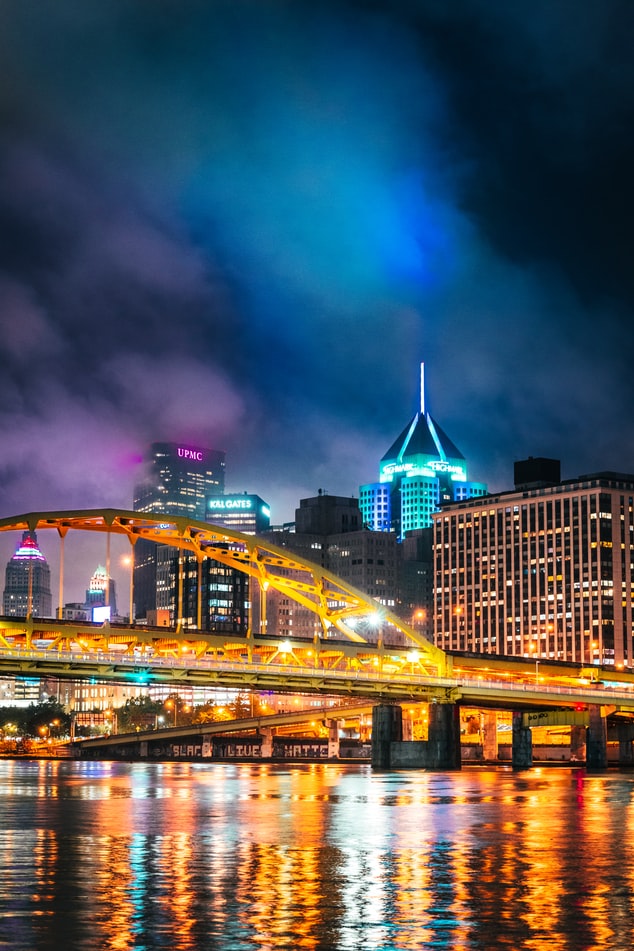 You’ll hear about ghosts and strange phenomena on a 2-hour walking ghost tour.  Pittsburgh, Pennsylvania, has a long, rich history and it shouldn’t be surprising that a number of the dearly departed have refused to depart.  You’ll hear their stories on the Black & Ghost Tour in Downtown Pittsburgh.

The Senator John Heinz History Center was originally an ice house.  In 1898, the building exploded and was then consumed by fire with 18 fatalities.  An almost exact replica of the building was constructed.  Today it is a history museum.

So much has been reported that a paranormal investigation was performed.  Paranormal activity was recorded as a 6 to 7 on a scale of  10.  Orbs were captured in pictures and a video.  A column of icy air – 25 degrees colder than the rest of the room – was discovered.  It moved about and then disappeared.  Audio-recording picked up multiple whispers.  A very chilling tale…

The Omni William Penn Hotel was opened in 1916 and was the biggest hotel in Pittsburgh.  In 1922, a salesman checked in a room on the top floor and committed suicide.  Today the top two floors – 21st and 22nd – are closed to guests and used only as storage.  Staff and guests have reported strange sounds and a cold breeze coming from the top 2 floors.  There have also been numerous reports of the sound of shuffling feet coming from those floors.

In the mid-1970s, two dishwashers who were close friends got in a terrible argument that resulted in one shooting the other and killing him.  A few years later, the front desk began getting phone calls from guests complaining of two drunk men in the hallway.  The men were talking loudly and laughing which woke them up.  When security guards get to the floor, there’s never anyone in the hallway.  These complaints continue until this day.

If you’d like to investigate this yourself, click here to get a discount on the room rate.

The Allegheny County Juvenile Court is now housed in the building which served as the Allegheny County Jail for almost a century.  There were 58 hangings in the jail.  It is said that after every hanging there would be a ghost sighting.  It is almost like they checked out but they never left.  Hear about the paranormal activity that is happening now.

You’ll see the Allegheny County Courthouse which is said to be literally teeming with spirits.  Hear some of their chilling stories.

You will also see some of Pittsburgh’s outstanding historic landmarks which are illuminated beautifully at night.   The guides are locals who are very knowledgeable about Pittsburgh and its paranormal activity.  Groups are small and provide an enjoyable personal experience.

Whether you’re a skeptic or a true believer, these stories are fascinating, you’ll learn a great deal about Pittsburgh and you’ll have a lot of fun doing it!

Click here to get the best available price for this tour.

Save on a Christmas Carol in Cambridge