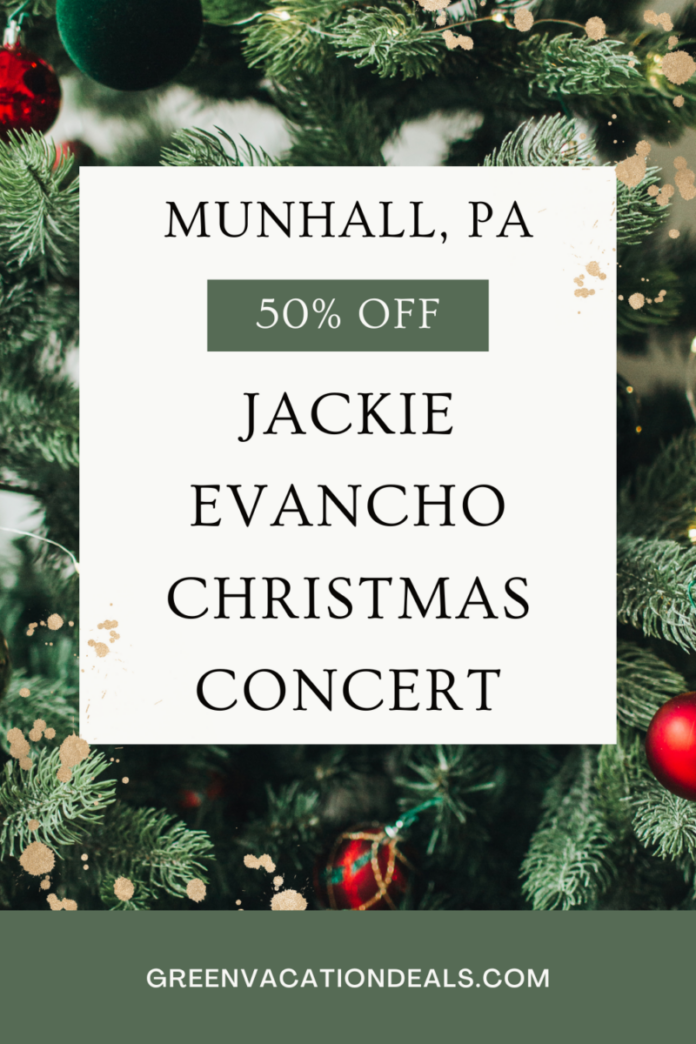 Pittsburgh native Jackie Evancho is a classical crossover singer. America was introduced to Jackie when she competed on America’s Got Talent at age 10. The young soprano with the stunningly beautiful voice electrified the audience and came in second place on AGT.

All six of her albums have hit Number 1 on the Billboard’s Classical Chart. Her album sales are over 2.5 million in the U.S.

Jackie Evancho has moved past the promise of a child prodigy vocalist to a young lady dominating the classical crossover genre She has collaborated with some of the greatest talents of our time, including Barbra Streisand, Placido Domingo, Andrea Bocelli, Cheyenne Jackson, Tony Bennett, Susan Boyle and many more.

Jackie Evancho Christmas concert is coming to Carnegie of Homestead Music Hall in Munhall, Pennsylvania, on December 10, 2022. She’ll be singing Christmas classics from her Christmas albums. You’ll get a mega dose of holiday cheer listening to one of the most beautiful voices in the world singing your Christmas favorites.

Are you looking for a way to save money on this great Christmas concert? Of course, you are. Click here and you can save $25 (50% discount) on each ticket. Act now while this great deal lasts!