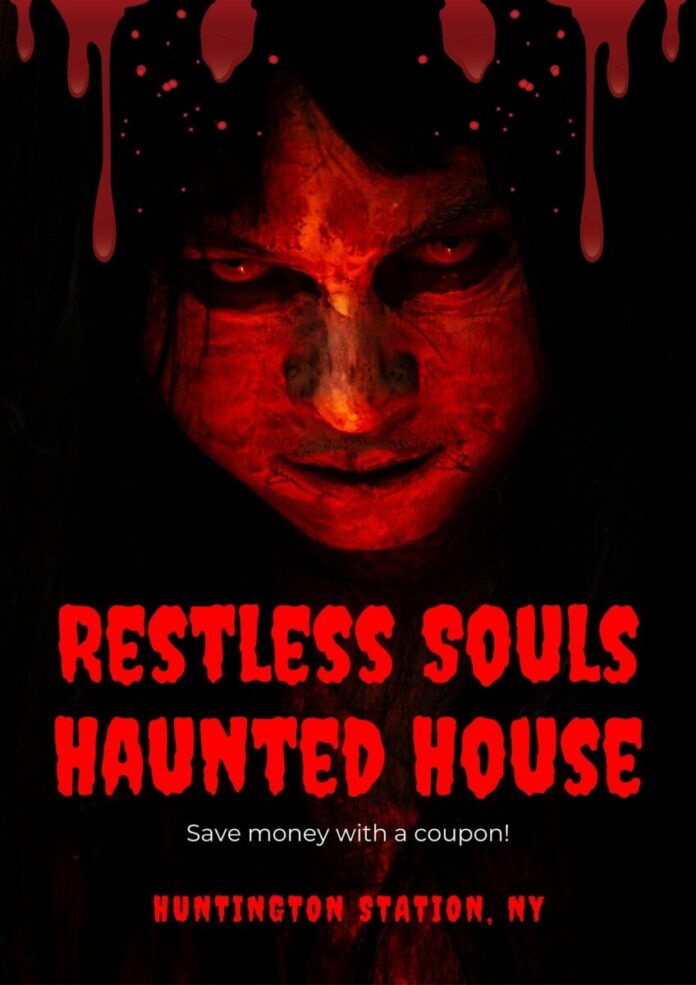 If you love all things haunted and terrifying, Restless Souls Haunted House Complex is where you should be. Offering 4 horrifying attractions, it is sure to take you to a new level of terror.

Coulrophobia is the fear of clowns. Dr. Dane has been studying it for years. He’s moved his studies to the Alcatraz Island Prison to test his new chemical, C26, on the world’s most dangerous criminals. What could go wrong?

The decrepit shack in Huntington was the source of mystery and rumors. Kids dared each other to run up and touch the front door. Adults complained to the police about screams and rancid smells coming from the shack. Then a “crazed lunatic” was seen running from the shack. She told police she had been kidnapped by a scruffy old man. She said he was using a “strange electric device” to mutate a child. The police decided to send some new recruits to investigate the shack and you are one of them. Good luck.

The Daniels family once lived in Huntington. The townspeople were suspicious of their activities and exiled them to the woods. Rumors of what they’re doing still run strong. It’s time for you to explore the Daniels’ woods. Just be careful because they’re hungry.

Dr. Dane is experimenting with aliens. You’ll go into his laboratory. You must use clues to get the system back up so you can escape. Just hope the aliens don’t wake up before your escape.

Three of the attractions are indoors and the Daniels woods is an outdoor haunted trail through the woods. Restless Souls has an indoor and outdoor concession stand selling hot dogs, candy, snacks and beverages.

Restless Souls is West Hills United Methodist Church’s annual fundraiser. West Hills is an all-inclusive church with a highly diverse congregation. It is known as the “small church with a big heart.” All the staff and actors are volunteers.

Win A Trip To A PGA Tournament

Stand Up Paddle Boarding On The Allegheny, Monongahela & Ohio Rivers

Save On Flights out of Charlotte Starting at $58.90