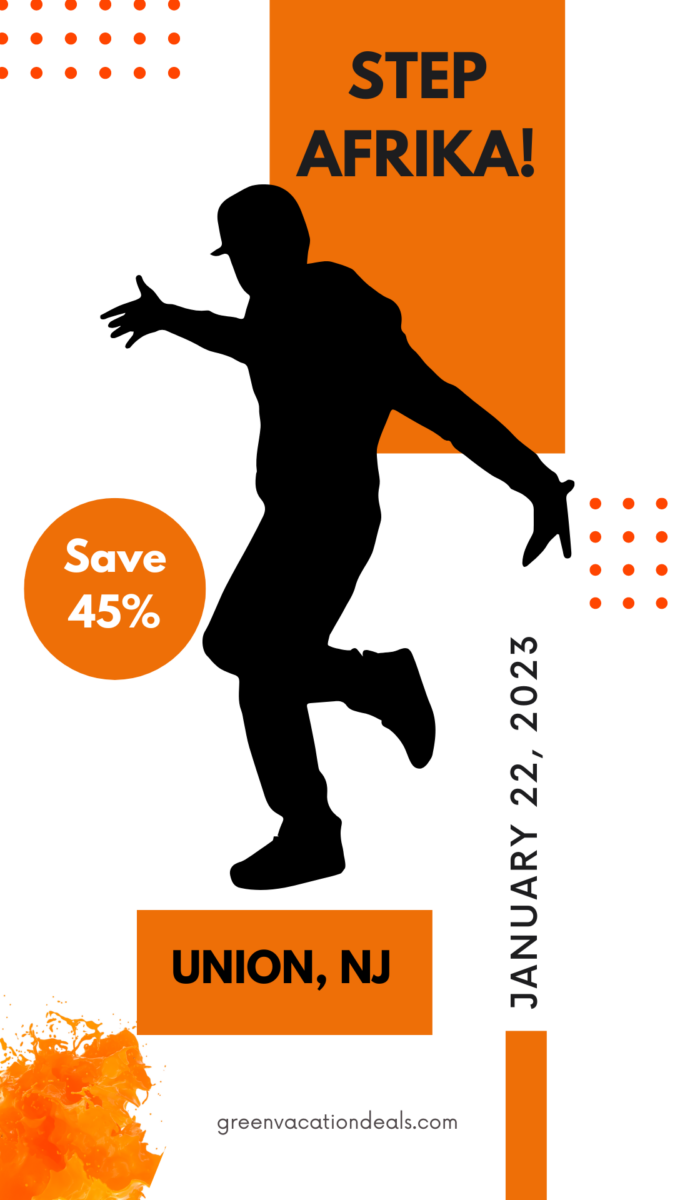 Step Afrika! Is the first professional company dedicated to the tradition of stepping. It was founded by C. Brian Williams in 1994. The company has become an American cultural export, touring in over 60 countries.

Step is a percussive, very high energy art form. It was first developed through song and dance rituals performed by African American fraternities and sororities.

In stepping the body is turned into an instrument. Poly movements are produced using claps, footsteps and spoken words. Stepping has been said to be “one of the most exciting forms of dance created in the 21st century.”

Step Afrika! Has earned the Washington, D.C., Mayor’s Award for

Step Afrika! is featured in the Smithsonian’s National Museum of African American History & Culture with a stepping interactive exhibit, which is the first of its kind in the world. The company headlined President Barack Obama’s Black History Month at the White House. Step Afrika!’s award winning school programming serves students in the greater Washington, D.C., area, in all 50 states and in 40 countries.

Step Afrika!’s performances are more than just dance shows. They integrate songs, humor, story telling and audience participation. The show introduces stepping through both a traditional lens and a contemporary lens. They invite you to step into a new year with their exciting performance and infectious energy.

Step Afrika! Step Show is coming to Union, New Jersey on January 22, 2023, at the Wilkes Theater.

Are you looking for a way to save money on this great show? Of course, you are. Click here and you can save $25 (45% discount) on each ticket.

Win A Trip To A Winery In Walla Walla, Washington