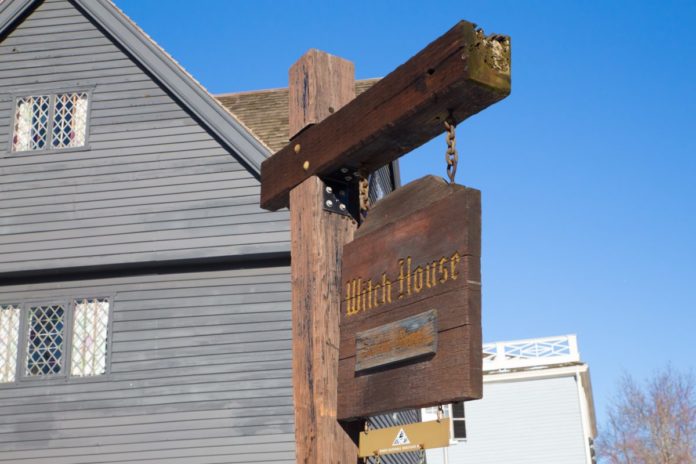 When someone says Salem, most of us think of witches, witchcraft, and trials.  But there is so much more to Salem. Given its macabre history, it shouldn’t be surprising that Salem is haunted and paranormal activity can be seen and experienced.  If you’d like a look at some of the most haunted homes, please read on.

Dating back to 1925, the Hawthorne Hotel was named after Nathaniel Hawthorne.  It was built on the site of an apple orchard owned by Bridget Bishop, the first woman hanged for witchcraft.  The spirit of a woman believed to be Bridget Bishop has been seen outside foom 612. Guests staying in this room have related feeling uneasy at times as if they weren’t alone in the room.  There have been frequent reports of a strong scent of apples throughout the hotel. Room 325 is said to be especially haunted with lights and faucets being turned on and off by themselves and hearing the crying of a small child.

A 19th century property, The Salem Inn’s parlor is said to be the home of a spectral cat.  Guests and staff have heard the sounds of someone running up and down the stairs and through the halls when no one is there.  There have been many sightings of a woman the staff has named Katherine.

The Witch House is the only surviving structure in Salem with direct links to the Salem Witch Trials.  It was the home to Judge Jonathon Corwin who presided over the trials and sent many to their deaths at the gallows.  The Corwin family was touched by death many times, losing 8 of their 10 children before adulthood. People have reported sudden temperature drops, blasts of freezing air, being touched when no one was around and hearing disembodied voices.  Today the Witch House serves as a museum, preserving the history of Salem’s Witch Trials.

Built in 1794, the Joshua Ward house is said to be haunted by the spirits of Sheriff George “The Strangler” Corwin and Giles Cory.  The Sheriff was known as a sick and sadistic man who used unusually cruel methods to interrogate suspected witches. After he died, he was buried in the basement of his house.  His body was moved to Broad Street Cemetery but his spirit has remained in the house and is blamed for choking guests. Giles Cory was killed for being a warlock. His spirit is blamed for pulling things off shelves and knocking over trash cans.  The house is now a B&B named The Merchant.

While you’re in Salem, I think you’ll also like the Salem Voodoo, Vampire & Ghost walking tour.

Win a Trip to an NFL Game