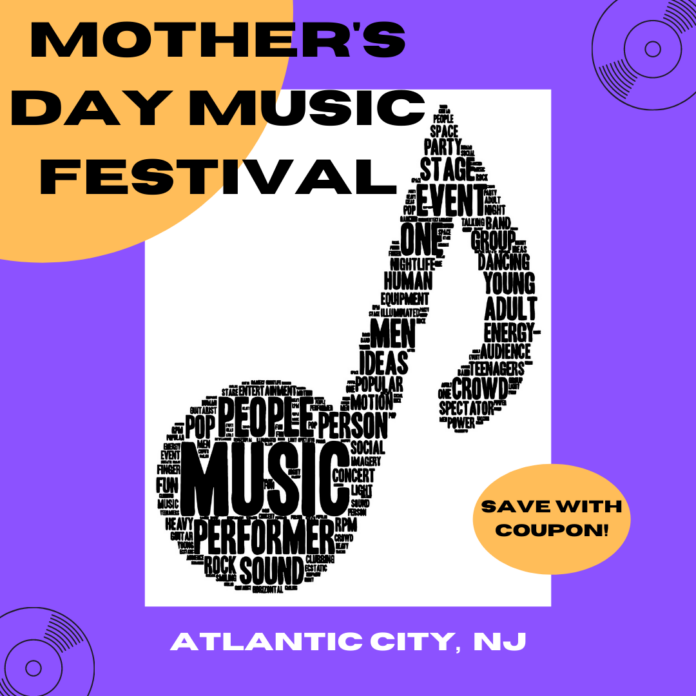 Treat the most special woman in your life to the ultimate Mother’s Day entertainment at Mother’s Day Music Festival. It is coming to Boardwalk Hall in Atlantic City, New Jersey, on May 7, 2022, at 7 pm.

An all star lineup of legendary artists will be performing at this music bash. Headliners include

Keith Sweat is a singer, songwriter and record producer. He was an early figure in New Jack Swing with the 90s jam “Twisted.” Other hits include “Make You Sweat,” “I Want Her,” “I’ll Give All My Love To You,” “Make It Last Forever,” “Get Up On It” and “Nobody.”

Tank is a singer, songwriter, record producer and actor. With 5 Grammy Nominations. He got his start backing Ginuwine. Tank’s hits include “Sex Music,” “Don’t Go,” and “I Don’t Think You’re Ready.”

Brownstone is an R&B female group. They’re best known for their hit, “If You Love Me.” That song earned a Billboard Music Award and a Grammy Nomination.

After 7 is an R&B group who are Grammy and American Music Award Nominees. Their hits include “Ready Or Not,” “Til You Do Me Right” and “Bittersweet.”

Destinee Maree is an R&B Soul and Pop singer and songwriter. Her hits include “Cause You Know Me” and “Live My Life.”

Tamia is a 6 time Grammy Nominated singer, songwriter, producer and actress. She is from Windsor, Ontario. Her hits include “So Into You” and “Stranger In My House.”

Take a walk down memory lane and fall in love with new works. You’ll hear music that will make you want to get up and dance as well as rhythmic music that has the soulful achings of the blues. This show will be unrivaled and unforgettable.

Looking for a coupon for this event?  Click here and save up to 10% on your ticket!

Make this a Mother’s Day weekend your Mother will never forget. And if you do want to make a weekend of it, the following 3 and 4 Star hotels are less than two miles away from Boardwalk Hall and the concert. Click on our link to get the best price for your stay.

Win A Trip To New York City & A Cooking Class...

Save on Freedom Fest in New York City