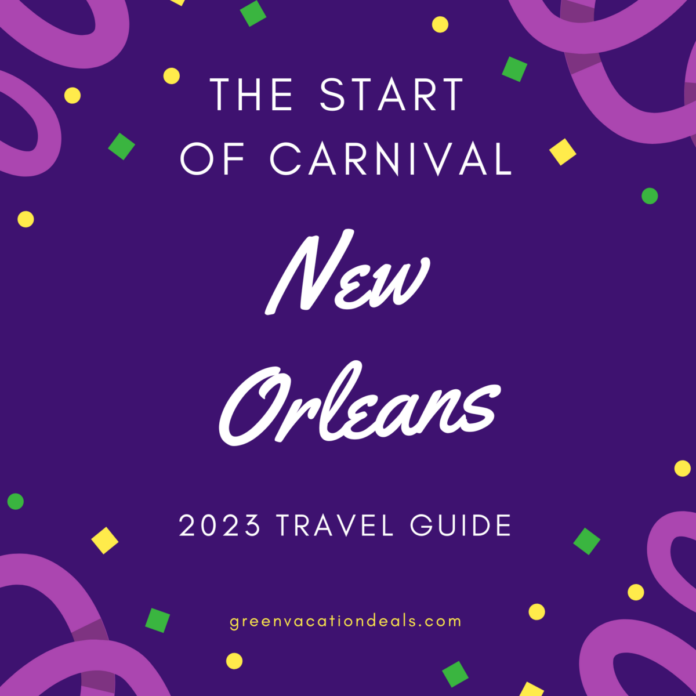 In New Orleans, the Carnival season traditionally starts on January 6. Starting in 2008, the Joan of Arc parade kicks off the beginning of Carnival.

Joan of Arc is the patron saint of New Orleans. Joan of Arc led an army to victory in the Hundred Years War in the 15th century. She was later accused of heresy and burned at the stake.

No city loves parades more than New Orleans and the Joan of Arc parade is always spectacular.

Starting in 2008, the Phunny Phorty Phellows have a costume party that takes place on a St. Charles Avenue streetcar. The group took the name of a Carnival Club that marched in Carnival parades in the 1800s. In 2008, members of the club were in costumes, perhaps having too much champagne and went for a crazy ride on a streetcar. Today, crowds gather at their starting point at the Willow Street Car barn. This heralds the start of Carnival in Uptown New Orleans at 7 pm.

At 7:05 pm, another Mardi Gras group boards the next streetcar following Phunny Phorty Phellows. They hand out vinyl record albums from the windows of the streetcar. Only in New Orleans….

The Societe Des Champs Elysee was formed in 2017 as the downtown’s answer to the Phunny Phorty Phellows uptown season opening streetcar party. Last year, they stopped the streetcar ride and did a neighborhood foot parade.

If you’d like to visit New Orleans for the start of Carnival, you should consider the following hotels that are offering discounted rates.