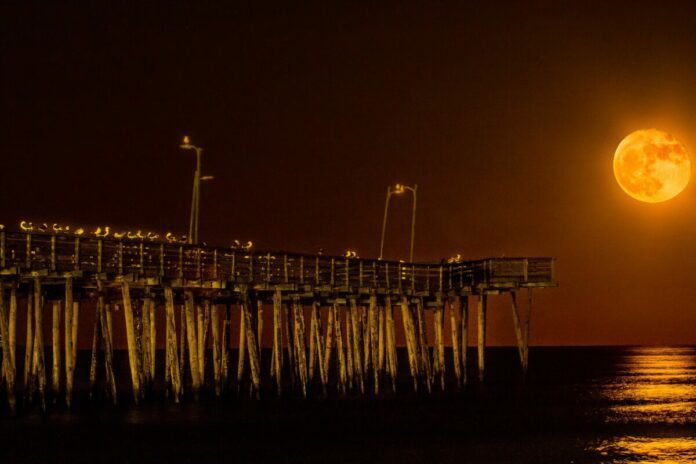 Virginia Beach is known for its gorgeous beaches, scenic beauty, long boardwalk and resorts. Discover the dark side of this beautiful city on a Haunted Walking Ghost Tour.

The first Spanish and English settlers in the Chesapeake Bay area date back to the 1600s. The area has a long, rich history. But, often a rich history will come with a price.

Your professional guide will lead you on a tour of the haunted sites of Virginia Beach. You’ll see landmarks and monuments and hear the hidden secrets behind them. Hear unforgettable stories told by your entertaining guide.

The Witch of Pungo

You’ll hear the tragic story of the Witch of Pungo. Grace Sherwood was the last person to be convicted of witchcraft in Virginia. Neighbors had accused her of being a witch, ruining crops, killing livestock and conjuring up terrible storms.

To determine if the charges were true, authorities decided to “dock” her in water. If she sank, she would be declared innocent. If she floated, it would prove she was a witch. Her hands were tied and she was thrown from a boat into the Lynnhaven River. Grace managed to untie her hands and rose to the surface, proving she was a witch. She was then thrown into prison.

Grace is said to have been buried under a tree at the Ferry Plantation House, which is considered to be the most haunted building in Virginia. This is located in what is now called the Witchduck neighborhood. Many have reported seeing an apparition of a woman with long, wet hair walking the riverbank.

Virginia Beach is no stranger to tragic death. Hear stories of America’s most feared pirate, Blackbeard, and his murderous crew. They spread terror on the southeastern coast for many years. Finally, Virginia authorities caught Blackbeard and beheaded him. His head was stuck on a piling off Hampton, Virginia, as a warning to other marauders.

Take a walk down the Boardwalk and walk in the footsteps of the tortured souls who went on to watery graves. Disembodied cries have been heard at night coming from the water. Listen closely.

Be sure to take a camera. Perhaps you can capture orbs of light that sometimes appear hovering just above the water’s surface. Locals attribute these to the spirits of pirates and their victims who perished in these waters.

Hear tales of murder, betrayal, suicide, heartbreak and ship wrecks. Learn about unexplained encounters on the beach and the apparitions of drowned souls who haunt the beaches of Virginia.

If you feel a chill creeping up the back of your neck, it may not be just the breeze off the water….

Are you looking for a way to save money on this tour? Click here and you can save 10% on each ticket.

Win A Trip To Miami