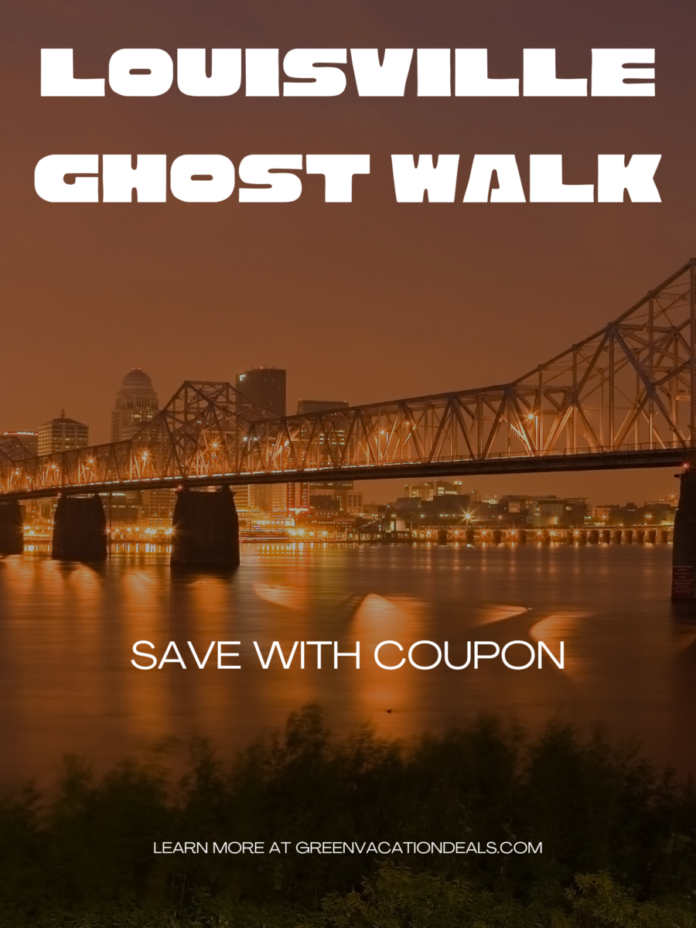 Louisville is a lovely city located in the bluegrass state of Kentucky. People come to Louisville to enjoy the Kentucky Derby, horse racing, and mint juleps. The city also offers the opportunity to experience paranormal activity.

Join Mr. Ghost Walker on a 100-minute walk around downtown. The tour will begin at the statue of Mr. Brown, next to the Brown Hotel, one of the most haunted hotels in the country.

The Brown Hotel is half a block from the theater district and just a short walk from the shows. It dates back to 1923. The original owner, J. Graham Brown, lived in the hotel’s penthouse until his death in 1969. Many believe he’s still there. He’s been seen standing in the mezzanine watching guests and employees. He is said to leave behind the smell of cigar smoke. Brown is most frequently seen during the hotel’s busiest time – the Kentucky Derby.

If you’d like to see for yourself at the Brown Hotel, click here and you can save 16% off the regular rate.

The Palace opened in 1928 and is believed to be home to a number of spirits. The ghost of a projectionist is believed to reside in the projection booth, playing with women’s hair and shoving men. Ferdinand Frisch was an employee who died in the theater in 1965. Numerous people have reported seeing him throughout the theater since then. Giggling children have also been heard.

The Seelbach Hilton Hotel was built in 1905 and is listed on the National Register of Historic Places and served as the setting for Daisy and Tom’s wedding in F. Scott Fitzgerald’s “The Great Gatsby.”

The hotel is said to be haunted by the Blue Lady, known in life as Patricia Wilson. She was waiting in the hotel for her husband when she learned of his accidental death. She threw herself 10 stories down the elevator shaft.

Staff and guests have reported seeing a lady dressed in blue who disappears as they approach her. Remaining is the aroma of perfume.

If you’d like to visit the The Seelbach Hilton, click here to see how you can save money on your stay.

The Brennan House is a 3 story Victorian mansion built in 1868. The house can be rented for private parties. It belonged to Thomas and Anna Brennan and their children and it is believed by many that the entire Brennan family is still there. Guests and staff have heard piano and violin music when no one was there. Many people have reported smelling cigar smoke when no one is smoking.

You’ll hear about the murder in an alley off 4th Street. Go by at night and you might just see the victim. Mr. Ghost Walker will tell ghost stories mixed in with local Louisville history.

Looking to save money on the Louisville Ghost Walk?  Click here and you can automatically save:

No promo code or discount code is needed!

Mr. Ghost Walker, aka Robert W. Parker, has written 4 books on Louisville’s paranormal scene and you can get them at a discount if you click here: