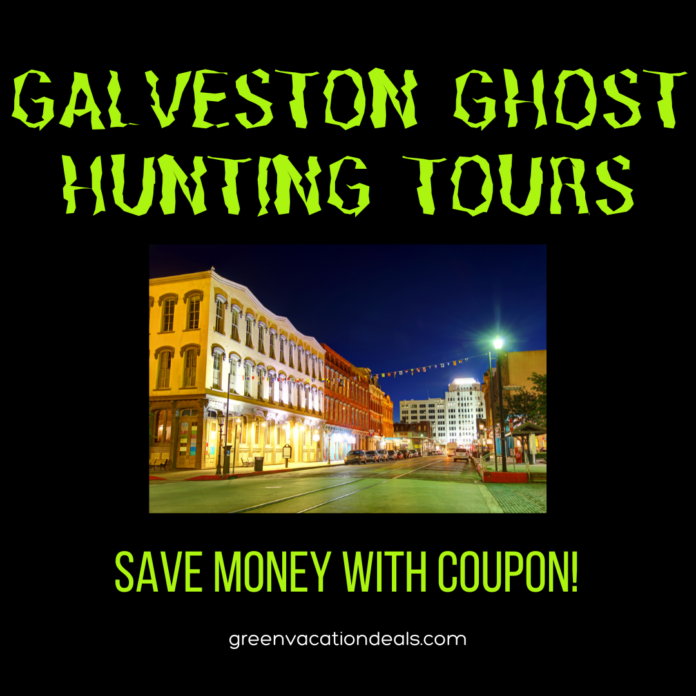 The deadliest natural disaster in American history is the Great Storm of 1900. On the night of September 8, a category 4 hurricane demolished Galveston. Giant waves crashed on the beach, leaving the city 15 feet underwater at one time. Wind gusts between 120 and 135 miles an hour destroyed over 3,600 buildings. The death toll on Galveston Island was estimated to be between 6,000 and 8,000 people.

In addition to the Great Storm, Galveston also suffered several yellow fever epidemics, a major Civil War battle and numerous fires. Given the tragedies, it should not be surprising that so many lost souls still roam the streets at night. Shadows appear out of nowhere. Objects move by themselves. Are you sure you want to go down that alleyway by yourself?

Take a ghost hunting tour of Galveston. Explore the frightening yet fascinating paranormal happenings in the city. Learn about local history while being scared and entertained.

Nightmare On The Strand Ghost Tour

Walk through the Historic Strand District. You’ll hear about Confederate and Union spirits remaining from the Battle of Galveston Bay and pirates who have been roaming the island at night for hundreds of years.

You’ll see the Durst House which Robert Durst turned into a butcher shop for his victim. Today, a heavy, looming darkness is felt by those who stand in front of this house.

Your tour will end at Hendley Square where the city of Galveston carried out all its public executions.

Take a walk through one of Galveston’s haunted areas which is above a mass grave where thousands were buried after the Great Storm of 1900.

See the Normandy Inn which was the original site of Satanism on the island. There are those who believe the Inn is a portal to hell. Hear about the 11 people who vanished from the inn. You’ll also see Ashton Villa, a beautiful mansion with a very creepy history. And hear about the mummy who is buried on Galveston Island.

All guides will have EMF meters to help locate spirits or paranormal activities. An EMF meter is a hand held device. It is used to detect fluctuations in electronic fields that are left behind by paranormal activity. The meter will beep with increasing volume depending on the amount of nearby activity.

Are you looking for a way to save money on these great tours? Click here and you can save

Why You Should Stay at Doubletree Suites in Disney Springs