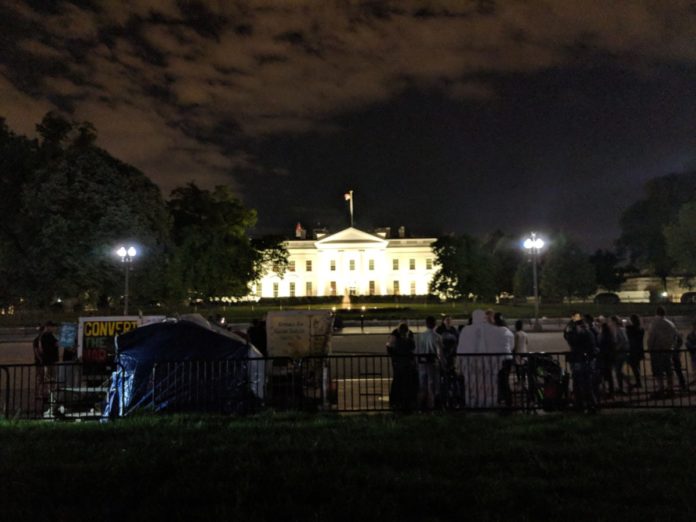 Every society that has been studied has had its ghosts.  Washington, D.C., is no exception.

The District of Columbia has been the site of deadly duels, military battles, curses, assassinations, 9/11, untimely deaths, heartbreak, betrayal, and tragedies.  Perhaps that is why Washington is one of the most haunted cities in the world.

Nightly Tours combines a fright inducing walking ghost tour with a pub crawl around the White House.  A costumed guide will lead you on a 2 ½ hour, one-mile walking tour.  You’ll be delightfully spooked as you walk from haunt to haunt and pub to pub.

You’ll see the White House and listen to the stories of America’s most famous ghost, Abraham Lincoln.  Find out how many famous people have actually seen his apparition.  President Harry Truman described the White House as being “haunted, sure as shootin’.”  Hear stories of other spirits, including Abigail Adams, Dolley Madison, Willie Lincoln, an unnamed British soldier from the War of 1812, and more.

Located behind the White House, Lafayette Square Park is called “Tragedy Square.”  Violence, murder, duels, heartbreak – so many turbulent events have happened on these 7 acres.  In 1859, a Congressman and notorious womanizer, David Sickles, shot and killed Philip Scott Key, for having an affair with his wife.  There have been multiple sightings of Key’s apparition in the park.  He’s frequently seen on dark nights near the place where he was shot.

The White House, Lafayette Park, and the houses nearby are the most haunted sites in our nation’s capital.  Hear about duels, heartbreak, and the tragic deaths that have created an abundance of paranormal activity.

During your tour, you’ll visit three pubs, including two of the oldest saloons in the city.  You’ll have time to purchase a pint or glass in their historic buildings.

One of your stops is the Round Robin Bar in the Willard Hotel.  The hotel was home to Abraham Lincoln and Martin Luther King, Jr., for a time.  In the early 1900s, an elevator’s cable snapped and the elevator crashed to the ground, crushing a 13-year-old boy.  To this day, people still report hearing a long childish wail.

Hear stories of black cats roaming the D.C. streets.  Find out why people hear the sound of a child yelling down 14th Street.  Learn about phenomena that have no reasonable explanations.  You’ll hear great stories and you’ll also learn a lot about the history of our nation’s capital in a very entertaining way.

Book this through Get Your Guide to get the best available price.

Win a Trip to New Orleans