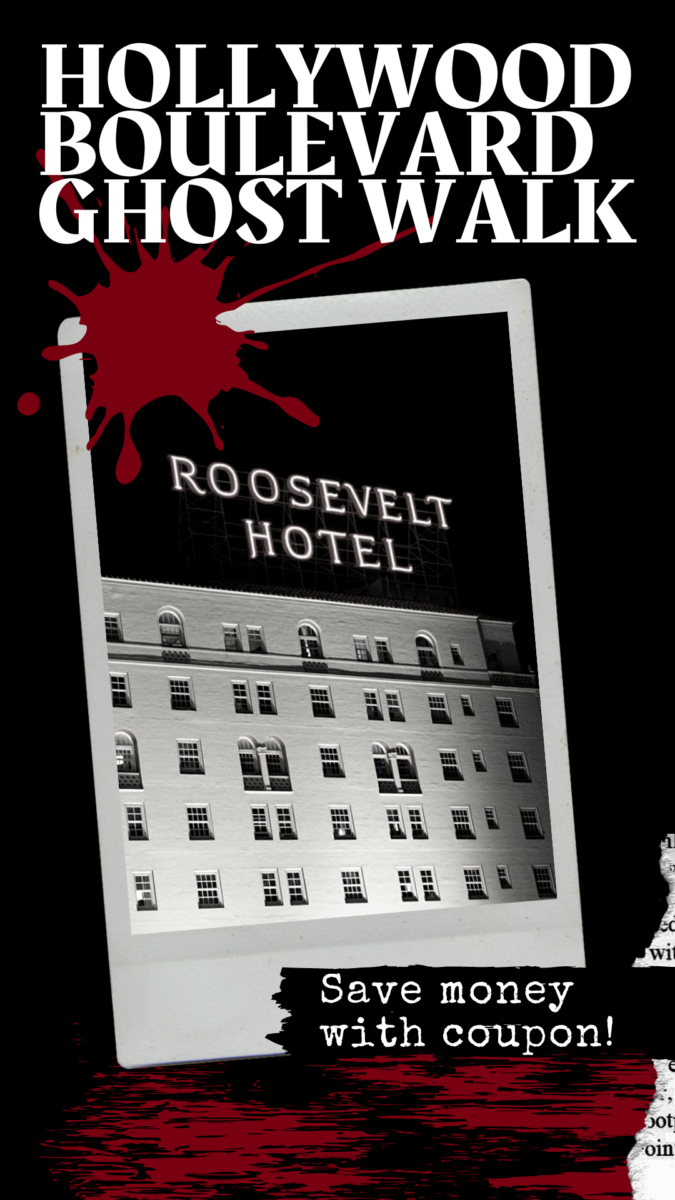 Hollywood, California, is known for its beautiful people, glitz and glamor, but it also has a history of heartbreak, gruesome murders and unsolved mysteries. The Hollywood Boulevard Ghost Walk will take you to over a dozen paranormal and ghost sightings. Your guide will tell you about hauntings, murders, tragedies, gruesome crimes and eerie happenings in Tinsel Town. Hear about residual hauntings, cold spots, ghost light, energy readings and visitation haunting.

Your tour will begin at the Dolby Theatre. Hear about the original heartthrob, Rudolph Valentino, who, after his death, is said to have planted kisses on the cheeks of female guests.

You’ll stop at the Hollywood Wax Museum and hear about the paranormal adventures that have occurred since and the National Enquirer reporter who spent one night in the museum.

Another stop will be at Musso & Frank Grill which was featured in the movie “Once Upon A Time In Hollywood” and the Netflix series “Hollywood.” See the booth where Charlie Chaplin’s ghost has been repeatedly sighted.

You’ll also stop at the Hollywood Knickerbocker Apartments and hear about the rooftop seance arranged to communicate with Harry Houdini. Visit Ripley’s Believe It Or Not and listen to the paranormal activity experienced by the staff.

Marilyn Monroe lived in Suite 1200, and many people believe her spirit remains in this suite. Numerous people have reported looking in the mirror and seeing a sad blonde woman standing behind them. They realize it’s Marilyn, but, when they turn around, she is gone.

While filming “From Here To Eternity,” Montgomery Cliff lived in Room 928. Guests have reported seeing a dark, shadowy apparition walking back and forth in front of the door to #928. Others have reported hearing a man’s voice reciting lines or playing a trumpet when no one is there.

Many people have reported seeing the ghost of Carole Lombard floating around in the upper floors. Reports of hauntings range from the rooftop to the swimming pool and throughout this grand hotel.

If you love Hollywood, the paranormal or true crime, you will love this tour!

Discounts On Hotels In Denver

Save On Classic Car Tour Of Los Angeles

Win a Trip to See Cher in Las Vegas