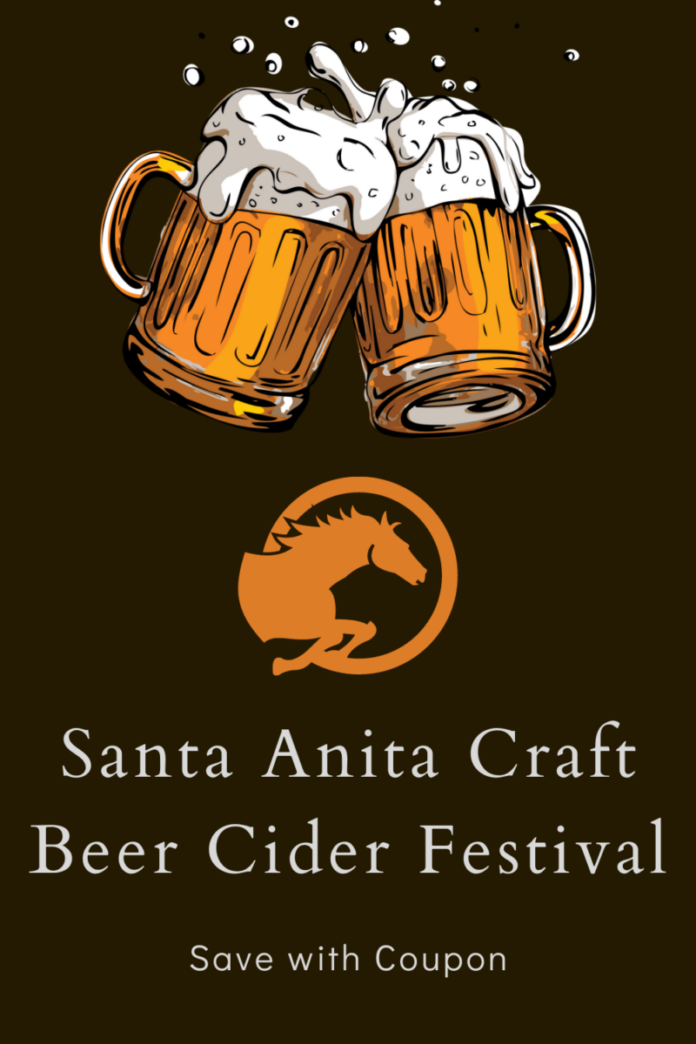 The Santa Anita racetrack opened on Christmas Day in 1934 in Arcadia, California. In 2006, it was added to the National Register of Historic Places. Santa Anita Park, aka The Great Race Place, is one of the world’s premiere racetracks and a frequent host of the Breeder’s Cup World Championship.

Santa Anita is situated on 305 acres of land and it can accommodate up to 80,000 fans for live racing. It’s famous for its Art Deco style architecture and its stunning views of the San Gabriel Mountains. It’s widely acclaimed as one of the most beautiful racetracks in the world.

Opening day will also feature a Craft Beer Cider Festival. Celebrate the return of thoroughbred racing with the best craft beers and ciders from Southern California from the excitement of the homestretch. Food trucks and vendors will be available trackside and around the Kingsbury Fountain.

Doors open at 10 am and the Festival will begin at 11 am on the West Apron. The horses will run right by you.

Your ticket will include

You must be at least 21 years old or older to purchase a ticket to the Craft Beer Cider Festival.

Craft Beer and Cider offerings include

Are you looking for a way to save money on this? Of course, you are. Click here and you can save $13 (32% discount) on each ticket.