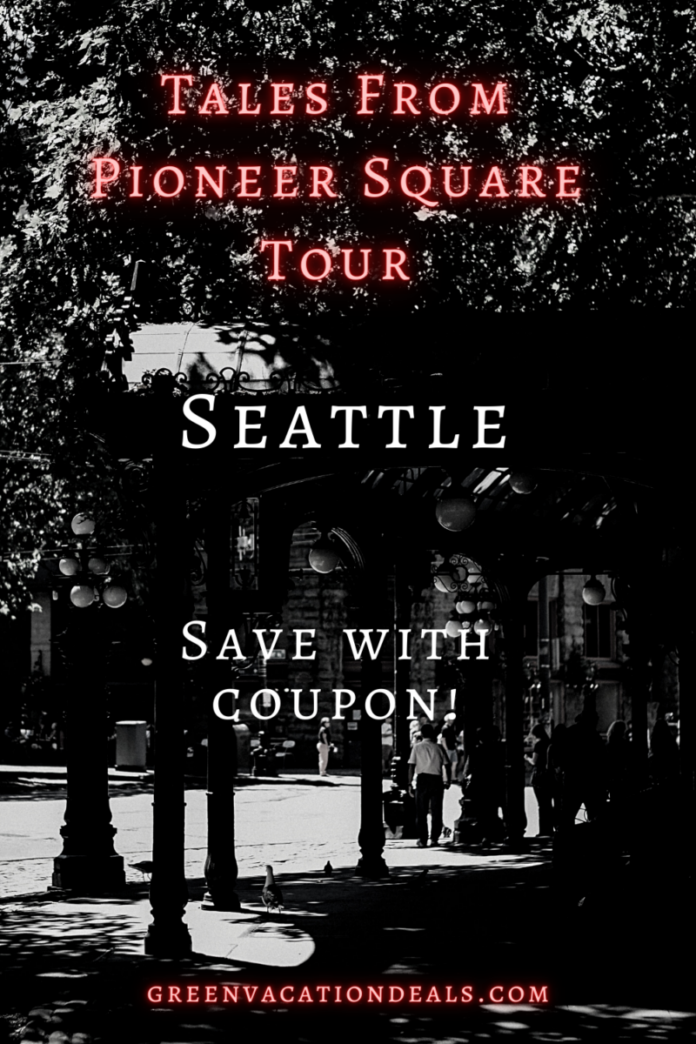 Do you want to do something different during the holiday season? Perhaps something spooky might fit the bill.

If you’re going to be in the Seattle, Washington, area, Spooky In Seattle has the Tales From Pioneer Square Tour. It would be something different.

Spooked in Seattle Tours & Museum has been named one of the top ghost tours in the United States.

Spooked in Seattle Tours is run by Ross Allison, an actual paranormal investigator with over 30 years of experience. Ross has been featured on Travel Channel’s Ghost Adventures, CNN, SyFy’s Ghost Hunters, ABC Nightline and more.

The Seattle of today is nothing like its Wild West beginnings. There are tales of gunfights in the streets and armed robberies in broad daylight. Innocent men were rushed to judgment and summarily hanged. Seattle’s population during the Gold Rush was largely male and many saloons were also brothels.

Today, Seattle’s Pioneer Square is a hotbed of paranormal activity. There are so many haunted hotels and pubs in a 15 block area. Seattle’s “past” is not past, it’s still there.

Tales From Pioneer Square is a 90 minute walking tour that takes you through Seattle’s oldest and most haunted neighborhood, Pioneer Square. You’ll visit several locations and hear stories of the spirits that remain in the area.

Your tour will start at the Pioneer Square Hotel. Hear about the guests who never left. In the hotel, televisions turn on and off and even change channels on their own. Chairs slide across rooms.

Merchant Cafe is the oldest standing restaurant in Seattle, possibly the West Coast. It began as a saloon with a brothel upstairs. Today it is known as Seattle’s most notorious haunted location. Hear about the spirits that are said to reside there and what paranormal investigators have found. See strange occurrences captured in photographs.

So come visit Pioneer Square and see for yourself….if you dare.

Are you looking for a way to save money on this ghost tour? Click here and you can save $8 (40% discount) on each ticket.

If you want to read more about paranormal activity and investigation, try these books by Ross Allison and click on our links to see how you can save money on it.