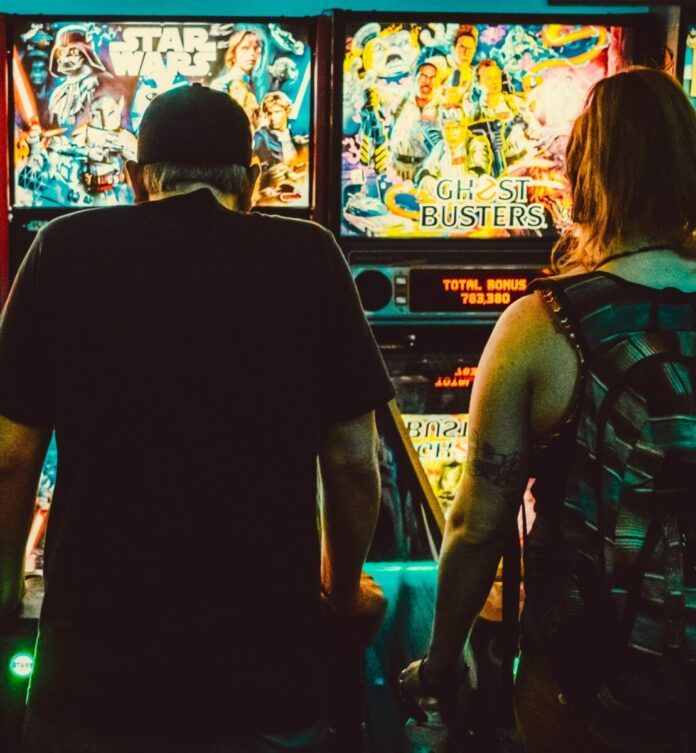 Would you enjoy learning about American culture and the history behind one of its favorite pastimes?

Are you interested in the artistry behind pinball machines?

If you answered yes to any of those questions, then you would enjoy a visit to the Pacific Pinball Museum in Alameda, California!

This interactive museum is a non-profit organization that’s dedicated to preserving Pinball. You can see rotating exhibits and historical displays of early games and rare bagatelles (a precursor of pinball).

But you won’t just be looking at fun games. Since the museum is interactive, you’ll have the opportunity to play a large number of the games at the museum yourself. In fact, most of the pinball machines are free play – no coins needed!

Let’s take a look at the games you’ll find inside the Pacific Pinball Museum. And then I’ll share a way for you to save money with a discount on admission!

At the Pacific Pinball Museum, you’ll find over 85 pinball machines set to free play! You won’t have to worry about spare change. These games are from various decades and include:

There are also three games in the lobby that do require coins to play:

Some of the older games at the Museum are for display only. You’ll find them behind a yellow chain (so you’ll know they aren’t available for play). These historical games were made before flippers were added to pinball machines. The games include:

Looking for a way to save on admission to the Pacific Pinball Museum?

If you’re an adult and also a senior, first responder, teacher, and/or in the military, then your discounted admission is $15.

But if you click here, you can get an Adult All Day Pass for only $13! You don’t even have to include a coupon code – the savings are automatic!

Please note that the All Day Pass lasts, well, all day. Or rather, as long as the museum is open that day. You can leave and come back (for example, to have lunch) throughout the day if you’d like.

In addition to the displays, there are also 3 jukeboxes at the museum, also set to free play.

Due to the loud noises and crowds, pets and emotional support animals are not recommended. (Service animals are fine.)

While the idea of playing a game over and over again is appealing (at least to me!), guests are asked not to play the same game more than twice if people are waiting.

The museum is closed every Monday for game repairs. It is also closed on the following holidays:

Save On Sea Life Park In Hawaii