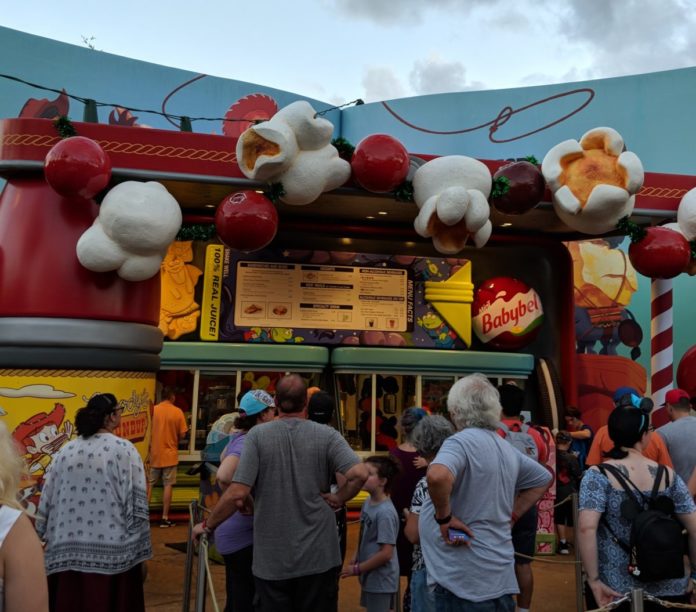 Ever looked for breakfast options at Disney’s Hollywood Studios theme park at Walt Disney World Resort in Orlando, Florida?  Earlier this week, I found myself looking for a restaurant at Hollywood Studios that serves breakfast.  I had opted to skip eating breakfast at my hotel because I wanted to get to Hollywood Studios early.  I was attending a preview for Star Wars: Galaxy’s Edge (which was a lot of fun!).  It started at 11:00 AM, so I just ate something quick in the morning.  But I am a huge morning person, and I found myself at the park early and very hungry.  So my sister suggested we try out Woody’s Lunch Box. 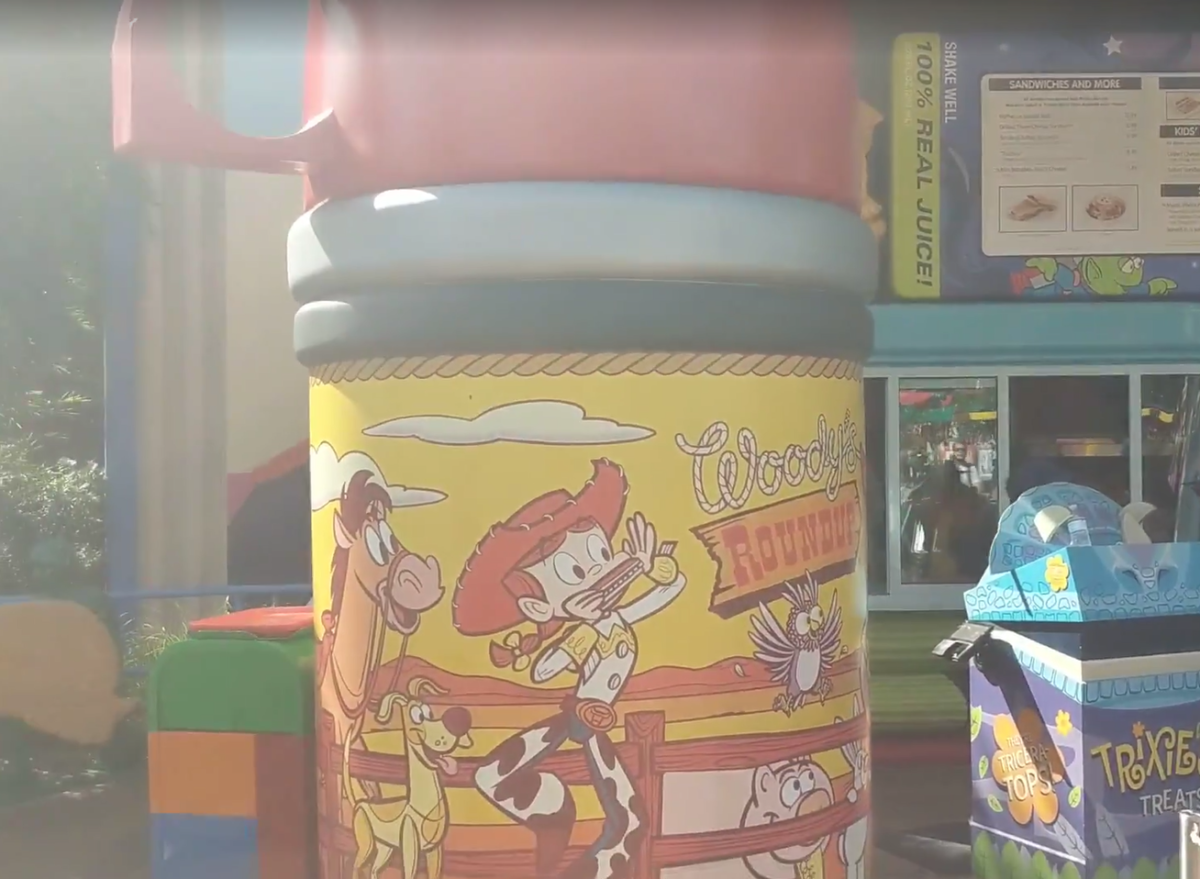 So normally I am not a huge fan of eating outside.  I will do it at Disney World, but I don’t prefer it.  Normally, it is just so hot in Orlando so I like being able to eat inside in an air-conditioned space.  And then occasionally when I’ve visited in January, it’s so cold I want to get inside in a heated building.  And of course, I don’t want to eat outside when it rains, which is often in Florida.  Plus, I really don’t like the bugs (but you can get bug spray here).

But here’s the thing: I absolutely love new Disney experiences.  And I love Toy Story Land!  The food at Woody’s Lunch Box looked interesting, too.  Plus, the food was reasonably priced.  I definitely had room on my Disney gift card for it (find out how I earn money online for Disney gift cards to pay for dining here).  And the tables did have umbrellas over them.  Plus, I use lots of sunblock, right?  So we decided to eat here. 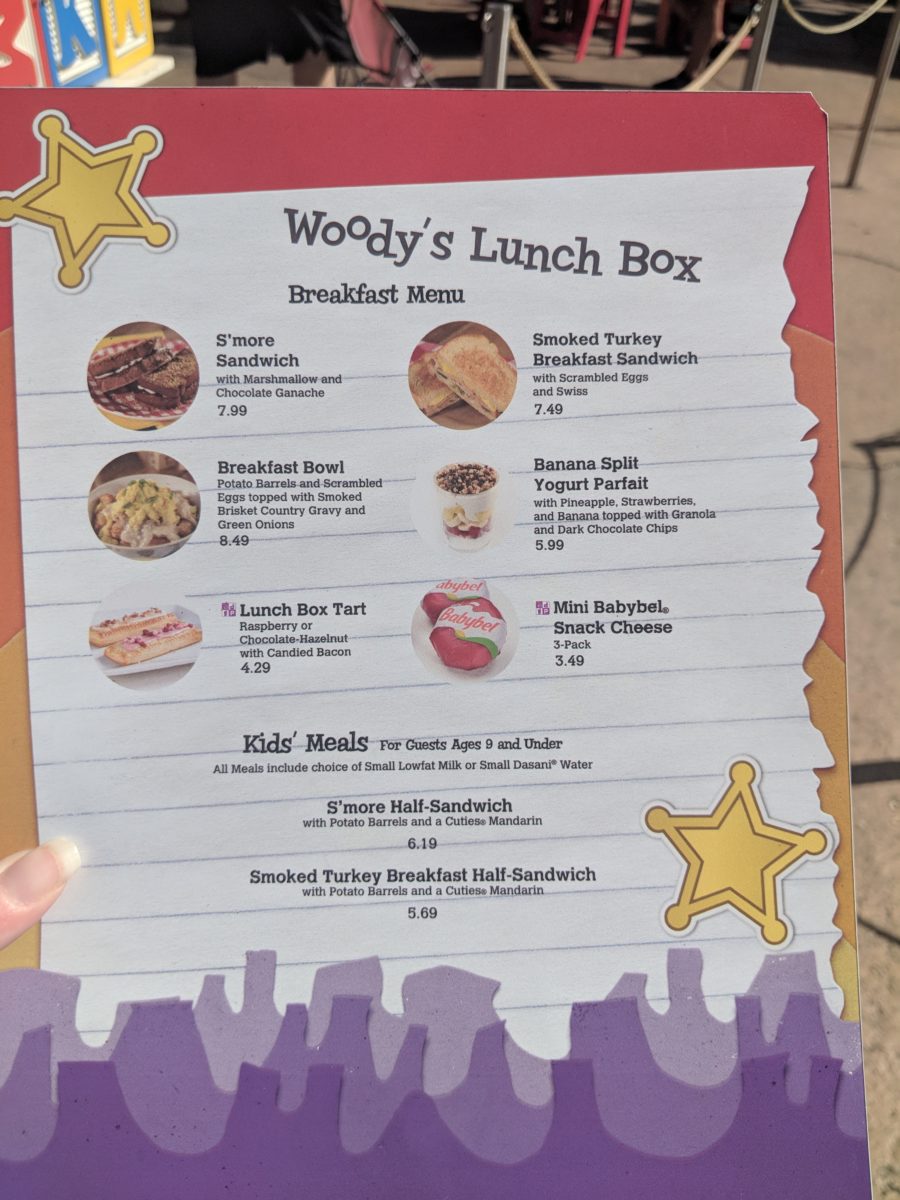 I ended up ordering the S’more Sandwich which had marshmallow and chocolate ganache. 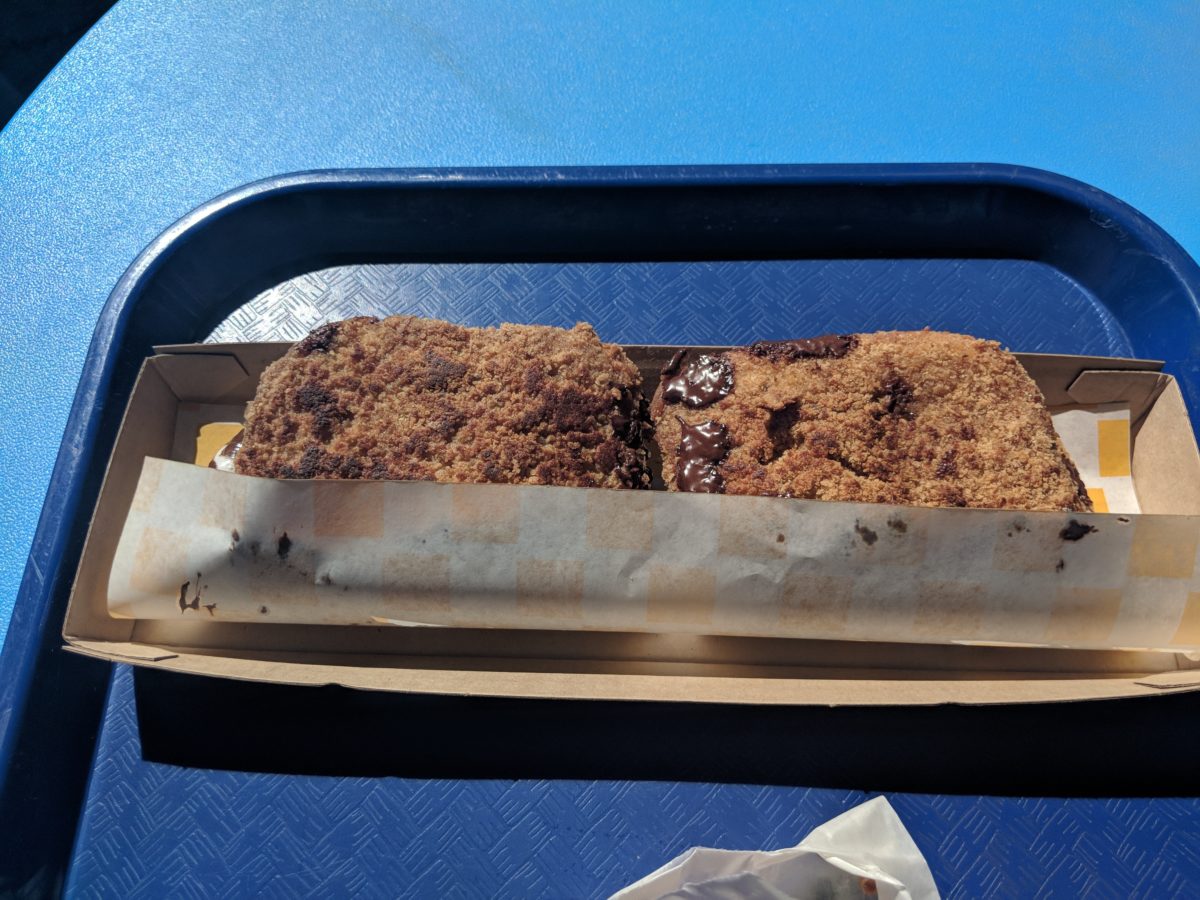 My sister decided to try the Lunch Box Tart, which was chocolate-hazelnut with candied bacon. 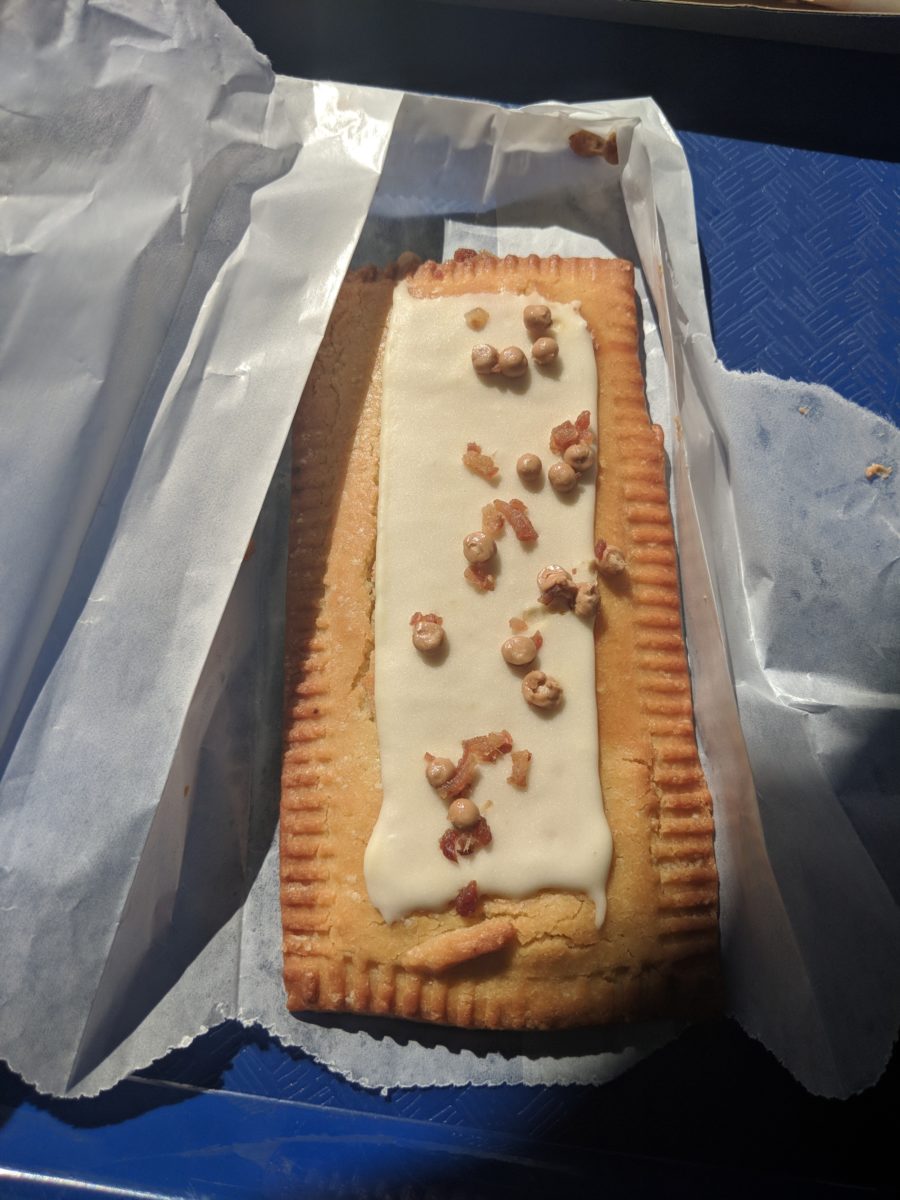 Our verdict?  The food was delicious!  My S’more Sandwich was cut in half, and even though I was hungry and it was delicious I couldn’t finish it.  So if you have kids, you could probably order one and then split it between them, saving you money.  That is, of course, as long as your kids don’t have big appetites, but of course, you know your kids!  The Lunch Box Tart was great, too.

And as for it being outside?  There was actually a really nice breeze so it wasn’t so bad.  It was allowed us to really enjoy the atmosphere of Toy Story Land.  You can take in the great music and watch the Slinky Dog roller coaster go by.  You can also see the Army men walk by, which is always a treat.  And while some quick-service dining restaurants at Disney doesn’t have nearly enough table options, I was able to find a table right away.  Though that may not be the case on a busy day, but still.

So I definitely recommend this restaurant, especially if you are like my sister and me and you have a sweet tooth.