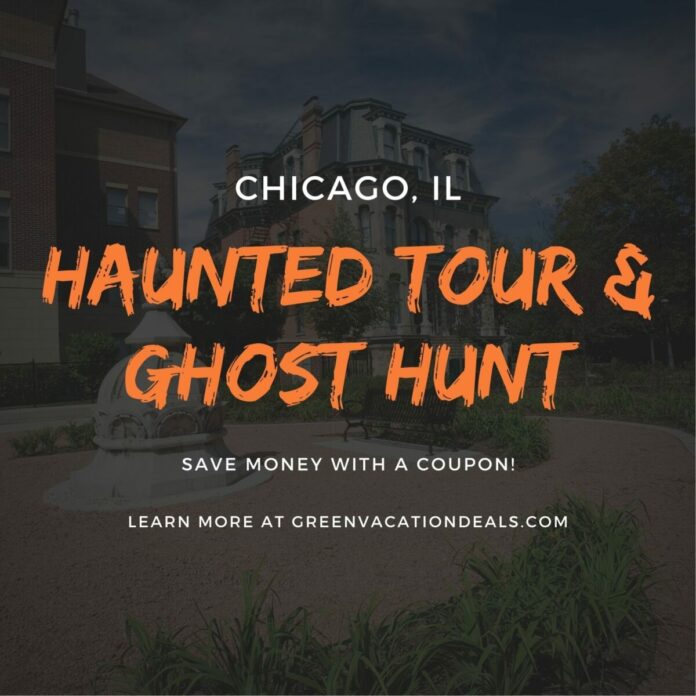 Chicago’s first most affluent neighborhood was a cluster of mansions between the 1600 and 2200 blocks of Prairie Avenue on the South Side. Known as “Millionaires Row,” it was home to the creme de la creme of Chicago business and society. Marshall Field, John B. Sherman, George Pullman, Henry Ives Cobb, John J. Glessner, Philip Armour and more lived in Chicago’s most desirable address in the late 1800s.

In time, pollution and noise from the train yards made this neighborhood less appealing. The Gold Coast drew the rich and famous to the North Side.

Today, only a few mansions remain. Also remaining are the restless spirits who still roam this area at night.

You’ll meet in front of the Glessner House Museum. Hear stories of its residents and of the white apparition that wanders the house, creating cold spots as it goes. It is believed to be the ghost of architect Henry Hobson Richardson who died just before the mansion was finished.

The mysterious death of Marshall Field II happened in November, 1905. The 37 year old was heir to the massive Field fortune. He is said to have shot himself while cleaning his rifle. Was it an accident? Was it suicide? No one knows for sure. After his death, people started telling tales of paranormal happenings in the mansion. Footsteps and inhuman cries have been heard when no one was there. There have been many sightings of shadowy figures.

This is also a ghost hunt. You’ll be given EMF meters, dowsing rods and spirit boxes. Your guide will show you how to use the gear in your hunt for paranormal activity. Who knows what you might find.

Are you looking for a way to save money on this tour? Click here and you can save $5.80 (20% discount) on each ticket.

Win a Trip to a NASCAR Race