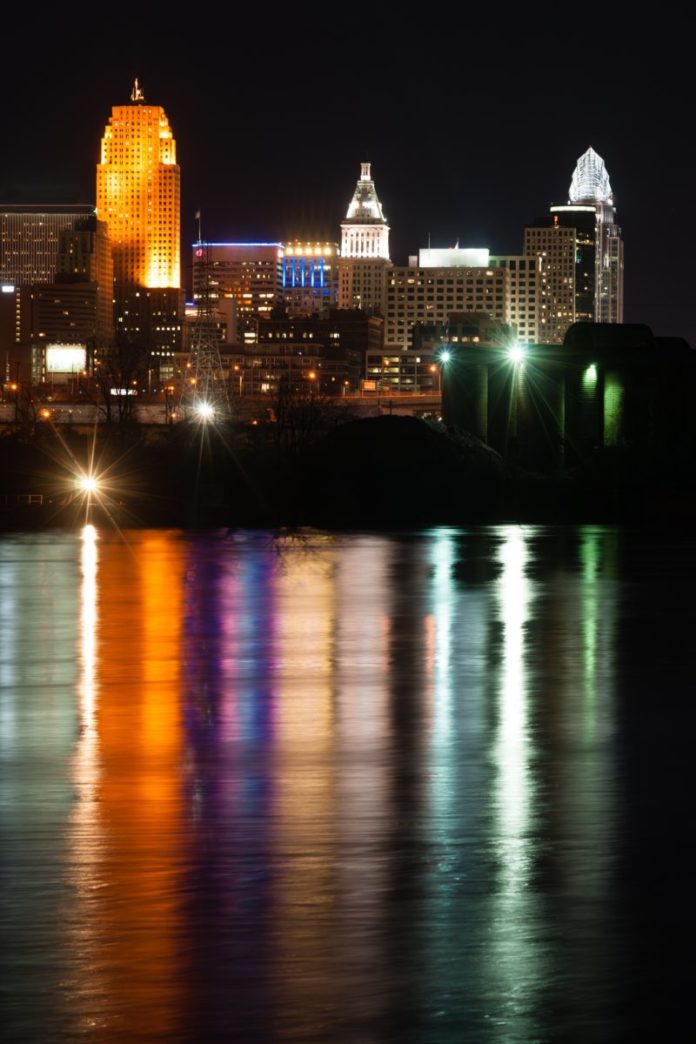 Most people hear Cincinnati, Ohio, and do not immediately think of paranormal activity.  Actually, the Queen City has its share of spirits and apparitions.

Hilton Netherland Plaza is known as one of the most haunted hotels in all of Ohio.  The hotel was built in 1930 and a construction worker died in a workplace accident. His body was never recovered.  If you stay there, you might see the famed “Lady in Green” who haunts the halls. She is frequently spotted in the Hall of Mirrors and wandering the hotel’s mezzanine level.  She is believed to be the wife of the worker who died, searching for her lost love.

The Golden Lamb Inn was built in 1803, making it the oldest inn in Ohio.  The Inn has had many well-known guests, including Henry Clay, Mark Twain, Charles Dickens, Harriet Beecher Stowe and 12 presidents.  A young girl apparition inhabits the Inn. She appears in a white nightgown and is known for stomping her feet, knocking pictures off the walls and just making a lot of noise.  The other spirit in residence is believed to be the ghost of Charles Sherman, an Ohio Supreme Court Justice who died in the Inn in 1829. Guests describe a gaunt, gray looking man seen in the hallways.  His appearance is accompanied by the smell of cigar smoke. The Golden Lamb is a no smoking Inn. Justice Sherman was known to enjoy a cigar.

Symphony Hotel has a Mozart Room with a strange history.  A “lady of the evening” Monica frequented the hotel and overdosed and died there.  Some guests in the Mozart Room have waked up to see a lady in a red dress. Others have felt a presence, including hearing footsteps and feeling a weight on the bed.  Others have reported seeing child spirits roaming around the hotel and things are often found in precarious positions.

Over the years, many people have experienced paranormal activity inside King’s Island.  There was a massive explosion killing 100 people in an ammunition factory that once stood where the park is.  There is also an actual cemetery on the property.

“Tram Girl” is often spotted at the International Restaurant and White Water Canyon ride wearing a long blue dress and looking very sad.  “Racer Boy” is another apparition that appears on the race tracks just before sunset. “Tower Johnny,” the ghost of a young man, has haunted the park for over 30 years.  In 2012, Ghost Hunters came to the park to investigate the spirits. They captured the voice of a young girl whispering into a microphone which they attributed to “Tram Girl.”

Opening in 1875, the Cincinnati Zoo has a ghost lion that is often seen passing through the walls of the lion enclosure and scaring visitors.  Its eyes are said to glow green in the dark. People have reported being stalked on the heavily wooded trails in the zoo. They hear its paws thumping, heavy breathing and even low growls.  Sometimes the lioness is seen peering out through foliage before vanishing into the air.

Lick Road is considered to be one of the most haunted places in Ohio.  It is said to be haunted by a ghost named Amy. It is believed Amy was murdered on Lick Road, some say by her boyfriend.  Many people have reported hearing a disembodied screaming at night and seeing a woman in white. It is said if you park on Lick Road, the words “help me” will appear in the condensation on the windows.

If you’d like to read more  on Cincinnati hauntings, try these great books:

Branson Let There Be Lights Drive Thru Promo Code

Win a Trip to Chicago to See BTS