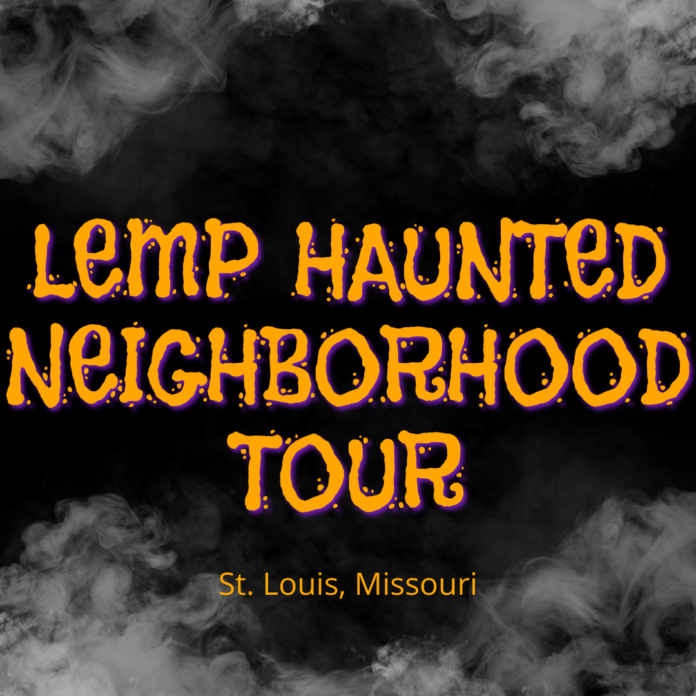 Are you courageous enough to take a walk through America’s most haunted neighborhood at night?

Join the St. Louis Paranormal Research Society in a 90 minute sidewalk tour through most haunted neighborhood. Your host will be Dr. Mark Farley, a paranormal investigator. Dr. Farley will tell you of the history of the cursed Lemp family.

The “curse” began with the mysterious death of Frederick, William Sr.’s, favorite child in 1901. Three years later, William, Sr., committed suicide. William, Jr., took over the business. He was a womanizer and had wild parties in the basement and the tunnels. It was said he sired a disabled child by a woman other than his wife. No one saw the child because he was raised in the attic by the servants.

Life magazine included the Lemp Mansion in its list of “America’s 9 Most Haunted Houses.”

Lemp Mansion was featured on an episode of “Ghost Hunters.”

You will also visit three of the Lemp Brewery’s most haunted and creepiest basements. Learn about the events that happened within those dark spaces. Wandering around this eerie, dimly lit space should be enough to send chills down your spine.

There is a shadow figure in the basement that has been seen by some of the SLPRS team members. If you are still and quiet enough, you may see him peeking at you from around one of the columns.

The St. Louis Paranormal Research Society was founded 16 years ago. For their investigators, the paranormal is not just a hobby, it’s their passion.

Get 2 Parks For The Price Of 1 In Branson, Missouri

Save On Branson Vacation Packages