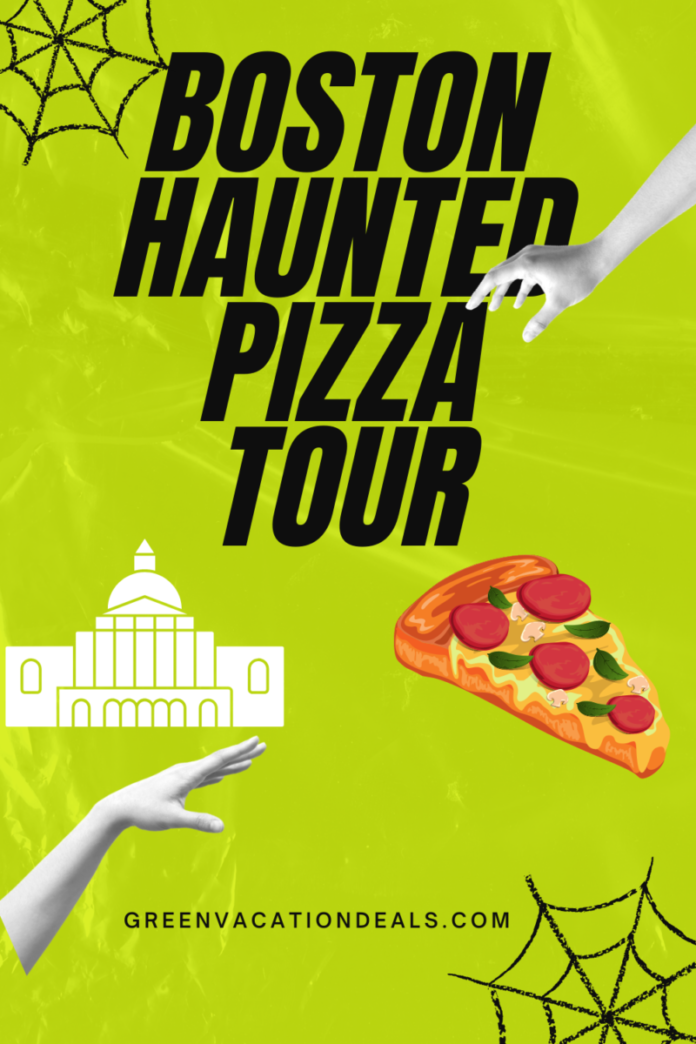 European settlers came to Boston in the 1620s.  Boston was the site of many of the crucial events of the Revolutionary War, including the Boston Massacre, the Boston Tea Party, the Battles Lexington and Concord, the Siege of Boston, the Battle of Bunker Hill and more.  The city was an early part of the triangular slave trade and then became a center of the abolitionist movement.  Over almost four centuries, violent and destructive events occurred – the Great Boston Fire, the Boston Strangler, Boston Marathon bombing – on large and small scales.  So, it shouldn’t be surprising that so many restless spirits still roam the streets at night.

Enjoy a 2 ½ hour haunted pizza walk through the North End, Boston’s oldest and most haunted neighborhood.  Along the way, you’ll get to enjoy 3 different slices of pizza from some of Boston’s very best pizzerias.  See landmarks you’ve only read about and hear stories of murder, tragedy, betrayal, suicide, and heartbreak.  Be sure to bring your camera – you never know what you might capture.

The Old North Church is a Boston landmark on the Freedom Trail.  Two lanterns were hung here in 1775 to warn that the British were coming by water.  It’s the oldest church in Boston, founded in 1722.

Under the church is a crypt containing 37 tombs with over a thousand coffins.  There is little doubt that some restless spirits reside here.  Items in the church move by themselves, doors unlock and open by themselves, strange voices are heard when no one is there, and much more.  You’ll get to descend into the crypts.  See if you can feel a cold spot.

Founded in 1659, Copp’s Hill Burying Ground is the second oldest burial ground in Boston.  Over the years, scores of people have reported occurrences for which there are no reasonable explanations.  Many people have seen glowing balls of light on the grounds.  Others have reported feeling an eerie presence or a feeling of being watched.  Strange flashes of light have been seen there.  Disembodied faces have been captured in pictures taken of the burying grounds.

You’ll hear about Boston’s Murder District and the ghostly apparitions near Boston’s oldest residence.  Listen to tales of spooky and fascinating paranormal activity and Boston’s history.  This tour is educational as well as entertaining and the pizza really is delicious.

Book the Haunted Halloween Pizza Tour through Goldstar to get the best available price.

Win a Trip to Hawaii

Save On International Flights Out Of Los Angeles