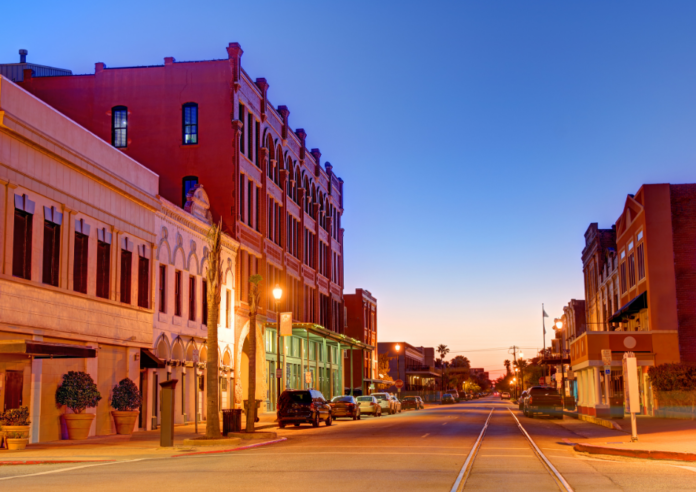 Take a small group socially distanced tour of Galveston’s Historic Red Light District. At one time, it was the largest red light district in the United States and was called “The Line.” Learn how it impacted Galveston’s economy and history.

Galveston’s leaders tried to manage the gambling and prostitution by limiting it to several blocks and then they looked “the other way.” Bribes and kickbacks kept their gaze averted. The vice was tolerated because it filled the hotels, drove the economy and shaped local politics.

Prostitution flourished in “The Line” for over 70 years. At its height, there was over 55 bordellos and close to 600 taverns in the red light district. Come and listen to their scandalous stories.

Galveston has been given a number of nicknames, including “The Independent State of Galveston,” “Jewel of the South” and “Pleasure Island.” It was called “Sin City” long before Las Vegas was given the moniker. Learn about the time when the mob ran the city. Men visited the city to gamble, drink and visit the houses of prostitution. The only rules were the mob’s rules. The casinos brought in world class entertainment, including Dean Martin, Frank Sinatra and Sammy Davis, Jr.

The walking tour will take you to the sites of the bordellos and casinos. See where the mobsters lived.

This tour has been rigorously researched and your guide will be extremely knowledgeable about the vice that once dominated Galveston, Texas. The narration will be a little serious, a little funny and packed with fascinating information. Listen to stories about the “soiled doves” as the prostitutes were called, the shrewd and often brutal Madams, the pimps, the police and the politicians.

The time will fly by on this hour and a half tour because the subject is so interesting. You’ll be educated about Galveston in a most entertaining way.

Win A VIP Experience At A College Football Game

Save On Cruises From New York City

Save On Gulf Coast Hotels In Alabama & Mississippi