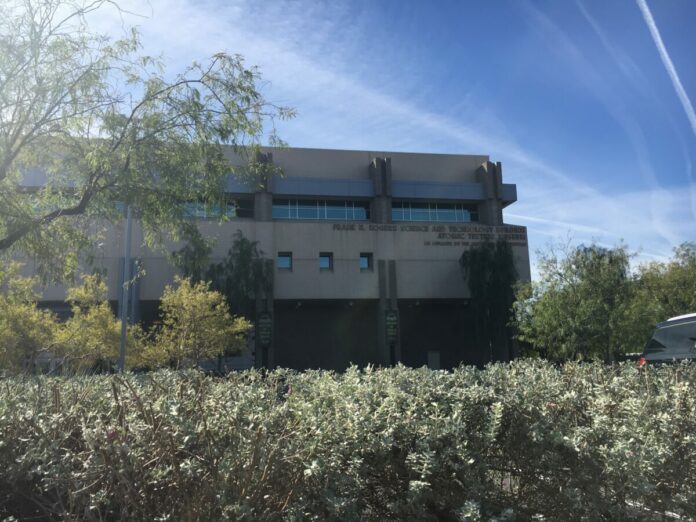 When you think of Las Vegas, Nevada you may think of flashy nightlife and shows, but do you know there are great museums here?  One of those museums is the National Atomic Testing Museum.  It is located just off the Las Vegas Strip.  It is a 8,000-square-foot national science, history, and educational institution.  The National Atomic Testing Museum teaches its guests the fascinating history of the famous Nevada test site.

In fact, it showcases some of the rarest artifacts relating to the nation’s atomic testing program.  You’ll see Genie.  Genie is a large nuclear reactor that was used in the development of the nuclear rocket as well as the first air-to-air missile.  You’ll see personal atomic weapons that were used in place of conventional weapons.  This includes the Backpack Nuke and the Davy Crockett Weapon System.

You also get a good understanding of 70 years of nuclear testing.  You get to explore how the first atomic bomb was even made.  There is also a permanent Radiation Exhibit.  You learn how man-made radiation is tracked, monitored, and measured.  There’s an Atomic Culture Exhibit.  You’ll learn how to survive an atomic blast.  This knowledge goes beyond just duck and cover!

You get to learn all about all of the world events that lead up to the establishment of the Nevada Test Site.  Then you get to see how the Test Site progressed over time.  You’ll learn about the above-ground tests, underground tests, and non-nuclear activities.  The museum even features a replica of the Control Point of the Test Site where the countdown was conducted before each nuclear detonation.

And the museum lets you experience this, too.  There is a Ground Zero Theater simulation of an above-ground test.  You actually get to experience a simulated atmospheric bomb blast.

Beyond the Nevada Test Site

But it goes beyond the Nevada Test Site.  On display is a piece of the Berlin Wall including the celebratory graffiti painted by Berliners when the wall came down.  Also on display is two pieces of the World Trade Center.  That signifies the beginning of the Global War on Terror.  You’ll understand how the Museum today plays a role in the training of first-responders from across the United States who come to learn about the nuclear materials terrorists could use.

Want a coupon that saves you money on admission to the National Atomic Testing Museum?  Click here and you can save up to 60% on your general admission ticket.  No promo code is even needed!

Win A Trip To Peru

Save on Air Carriage Hot Air Balloon Rides in Albuquerque