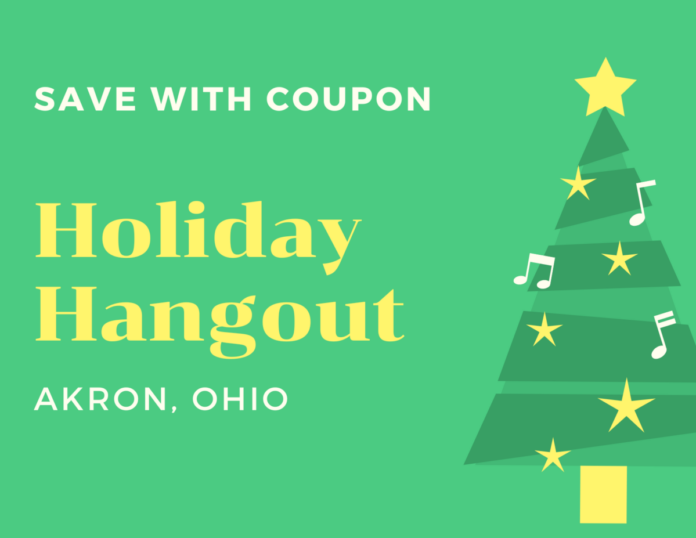 Humbert’s annual holiday show was first known as the Holiday Extravaganza. There was a live streamed version in 2020 during the pandemic. Humbert’s shows have a genre crossing range of holiday music, including big band, rock ‘n roll, bluegrass, country and more. Each performer will do a 20 minute set featuring a mix of seasonal classics and original songs.

Ryan Humbert is the lead singer. The band does a high energy blend of honky tonk and traditional country music with touches of Americana and western swing. Their new album, STAMPEDE, will be out in February, 2023.

Angie Haze is an Italian American singer/songwriter from Akron. She tells the story of her life through her music. Her new album, Time Thief, will be available in 2023.

Hey Monea is a Canton, Ohio, based rock band that has been together since 2005. Their new album is Banner Year and Give A Little is their latest single.

Marc Lee Shannon is an Akron singer, songwriter and guitarist. For many years, he was a member of Michael Stanley’s band, The Resonators. In 2018, he soloed with Walk This Road, produced and directed by Ryan Humbert. His new single, Steady On, honors his late bandmate and mentor, Michael Stanley.

An Akron native, Shelby Olive won the Akron High Arts Festival in 2017 and finished as the runner up in 2018. She was the vocalist for the Kent State University Jazz Orchestra from 2015 to 2017. Shelby’s song, Out Of Here, was a finalist in Write Out Loud, a musical theatre songwriting competition. Her debut album Make Sound has been followed by a string of singles.

Ohio Weather Band is a roots – rock band with 4 members, all born and raised in Alliance, Ohio. Their newest release is their EP, A Long Time Ago.

This will be a great night for music lovers to kick back and enjoy a wide variety of holiday music from some of Ohio’s great bands.

Are you looking for a way to save money on Holiday Hangout? Click here and you can save up to $16 on each ticket.

If you’re visiting Akron, across the street from the Goodyear Theater is the Hilton Garden Inn. The University of Akron and Goodyear Headquarters are 5 minutes away. Canal Park Stadium is within 3 miles.

If you’d like to stay at the Hilton Garden Inn, click here to see how you can save money on your stay.