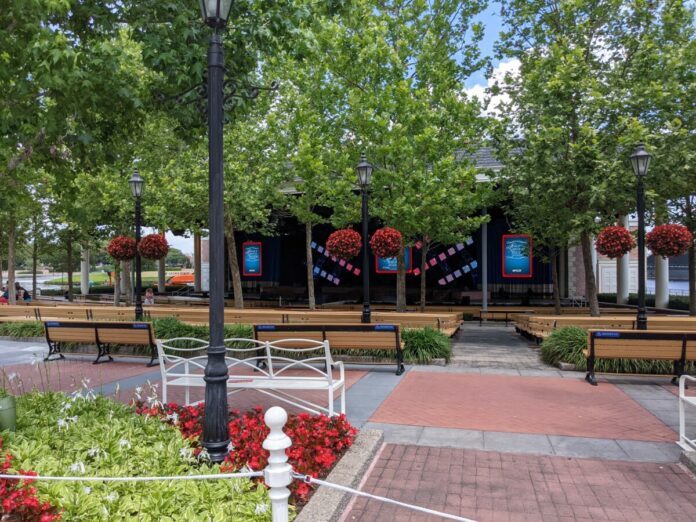 This year’s Garden Rocks Concert Series at Walt Disney World looks like it’s going to be better than ever!

From Tuesday through Thursday during the week, local Orlando bands will take the stage. Then, from Friday through Monday, you’ll be able to see internationally known artists.

The line up includes:

Where to Stay for the Flower & Garden Festival

Are you planning a trip to Disney World to watch a Garden Rocks concert and visit the Flower & Garden Festival?

We recommend staying at one of the following hotels. They are all within walking distance of Epcot, as well as just a boat ride away.

And the great thing is that you will enter through the International Gateway, instead of the front of the park. From there, you’ll turn to your right and walk by the France, Morocco, and Japan Pavilions to get to the American Adventure Pavilion. This will save you so much time – and energy! – than having to walk from the very front of the park.

Of these hotels, Disney’s Beach Club Resort will get you the closest. Any of them, though, are within walking distance of the International Gateway, which makes it so convenient! Best Hotels for the Disney Skyliner.

Of those four hotels, the Riviera Resort is the quickest option, because it is the only one with a direct Skyliner trip to Epcot. From the other hotels, you’ll have at least one transfer or stop, though none of the trips are very long.

The Epcot International Flower & Garden Festival is an annual event that first started in 1994. This year, it starts March 2 and will run through July 4.

In addition to live entertainment, the festival includes beautiful gardens and topiaries, as the name suggests!

Last year, the festival was a bit scaled back due to the pandemic. However, you can still get an idea of what the festival is like with this virtual tour of the 2021 Taste of Epcot International Flower & Garden Festival:

If you’d like to save money on your park tickets, click here to find out how to get a discount on admission.