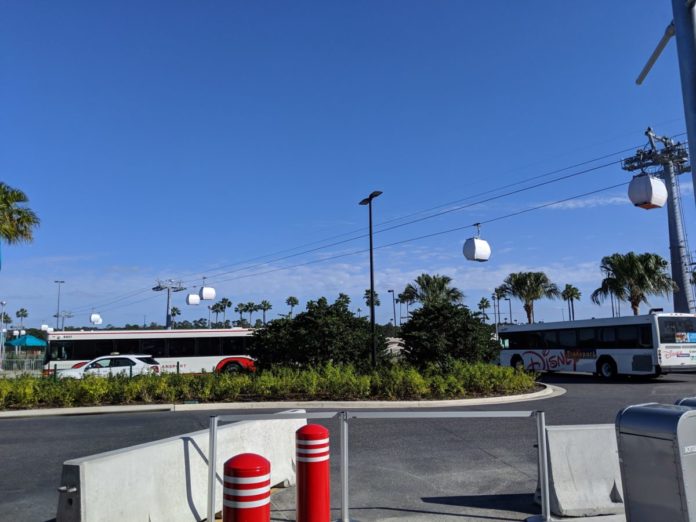 Well, this fall, the answer is plenty!

Fans of Mickey’s Not-So-Scary Halloween Party will be happy to know that a new Halloween-themed fireworks show will debut this year!

If you haven’t been before, Mickey’s Not-So-Scary Halloween Party is a fun seasonal event that is not to be missed.  It will be held on select evenings from August 16 – November 1 and requires a separate ticket from normal Magic Kingdom park admission.

This year’s party still will include lots of fan favorite activities & attractions, such as:

The Boo to You Parade is a personal favorite of mine – you can check out some highlights here: The brand new fireworks show will certainly be a welcome addition to these returning favorites!

The show will include state-of-the-art projection effects, lighting, lasers, and, of course, fireworks – all to tell the story of how anything can happen on Halloween night. The story stars some very well known characters – Mickey Mouse, Minnie Mouse, Donald Duck and Goofy – and they’ll be drawn into a mysterious haunted house. (And if you’re bringing kids or you just don’t like to be frightened, no worries – the fireworks show will stay true to the holiday party’s name and will be, well, not so scary.)

IllumiNations: Reflections of Earth has a long tradition at Epcot –  in fact, this nighttime show at the World Showcase lagoon has been running for almost 20 years! However, its last show will be on September 30, to make way for new nightly entertainment.

While the permanent replacement has not yet been announced and will not premiere until 2020, a new show, Epcot Forever, will begin a limited run on October 1, 2019.

Epcot Forever will include lighting, lasers, fireworks, and special-effect kites, all to celebrate what Epcot has been and what Epcot will become. (There are currently several projects in development at Epcot – like a new Guardians of the Galaxy-themed roller coaster and a Remy’s Ratatouille Adventure attraction in the France pavilion – so that there will be lots of new experiences by the time Epcot celebrates its 40th anniversary in 2022.)

More Days Than Ever for Food & Wine Festival

The popular Epcot International Food & Wine Festival will be held for a record number of days this year! The festival will run from August 29 through November 23, which makes that 87 fun-filled days. There’s so much to enjoy, such as:

As you can see, last year’s festival was amazing:

Still, this autumn will be a great chance for many to experience Star Wars: Galaxy’s Edge for the first time!

The land is themed to Batuu, a far off planet full of scoundrels and adventurers.

The main attraction to enjoy this fall is Millennium Falcon: Smugglers Run, where guests can control the Millennium Falcon as it hurtles through space on a smuggling mission. (There will be another attraction, Star Wars: Rise of the Resistance, opening later on December 5, 2019.) Guests can also have a drink at Oga’s Cantina or find rare artifacts at Dok-Ondar’s Den of Antiquities, as well as other immersive Star Wars experiences.

One of the great things about the fall season at Animal Kingdom is that the sun starts setting earlier and earlier – which means there’s more time to enjoy Animal Kingdom at night!

There are a couple of stunning experiences you won’t want to miss:

The new gondola system, Disney Skyliner, will be available to guests this fall, starting September 29!

The gondolas add a brand new way to travel between some of the hotels and parks, while providing amazing views and a fun experience!

You can find out more about the Disney Skyliner gondolas here:

Basketball fans will be thrilled to know that they can enjoy the brand new NBA Experience at Disney Springs this fall!

The NBA Experience, which will officially open near the end of summer on August 12, provides guests with 13 interactive elements and hands-on activities. The idea is that you can feel like a basketball superstar – how you might have imagined (or still imagine) while shooting hoops in your driveway at home, except on a much bigger scale!

A ticket to the NBA Experience (which spans an impressive 44,000 square feet!) allows you access to all activities, in the order you choose. You can also repeat activities if you’d like to improve your performance. Some of these activities include:

You’ll also have the thrill of feeling as if you’re walking through the players’ tunnel at an NBA or WNBA arena when you enter.  Leaderboards will track top scores & performances of guests at the NBA Experience throughout the day.  And, of course, you’ll have the opportunity to purchase NBA-themed merchandise.

Fall 2019 is a fantastic time to visit Disney World! There are plenty of new experiences to enjoy and memories to make.

If you’re looking to plan a Disney World trip for this fall, we recommend considering staying at a Disney Vacation Club (DVC) resort on-site. You don’t have to be a DVC member to do so, and you can save a significant amount of money – we go into more detail about saving money through DVC reservations here. We also have a video that walks you through the process of renting DVC points for your Disney World trip.

If you don’t want to go the DVC route, then a great way to stay at a Disney resort hotel (including the hotels that will be on the Disney Skyliner route!) is by booking through Undercover Tourist. We have enjoyed using Undercover Tourist for years – they have some great rates on Disney World hotels.

Whatever hotel you choose, we know you’ll have a wonderful time this fall at Disney World!

Save On Ritz Carlton Montreal

Coupon For A Day At The Races At Tampa Bay Down

Save On Resolution Gala New Year’s Eve At Navy Pier In...

Top 12 Tips for Staying at the Beach Club at Disney...

25% Off Hotel Near Shanghai Disneyland

50 Reasons to Attend Mickey’s Not So Scary Halloween Party at...