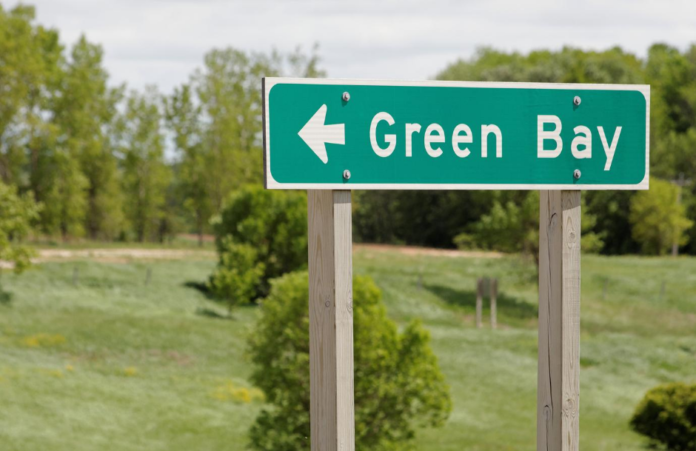 I hear Green Bay and I immediately think of the NFL team and its championships and Hall of Fame players and coaches.  That’s my first thought but there is so much more to the city than its football team.

Green Bay is located at the southern end of Green Bay, an arm of Lake Michigan at the mouth of the Fox River.  It is Wisconsin’s oldest settlement and one of the oldest European settlements in the United States.  In the 1600s, it had a thriving shipping industry and was famous for beaver pelts and paper production.

The area was first settled by the French who gave the city the name of “La Baie” (The Bay).  The British took over Wisconsin during the French Indian War and their name of Green Bay stuck.

Football fans will want to take a tour of the Packers Heritage Trail, see Lambeau Field and the Packers Hall of Fame.

So many things to see in Green Bay!  The Botanical Garden has beautiful well manicured gardens and is one of the most photographed spots in town.

Visit the Railroad Museum or have fun at the Bay Beach Amusement Park and the NEW Zoo Adventure Park.

The Dairy State is known for its cheese and you can get just about any kind of cheese imaginable here.  Frozen yogurt is another Green Bay favorite.  Be sure to try a Kringle, a delicious Danish pastry.  Green Bay is also known for its breweries and wineries and tours and tastings can be fun.

Take a tour of Green Bay on a Segway PT, electric scooter, or an E-bike.

If you’re planning to visit Green Bay, you’ll be happy to learn many of the hotels are offering some great deals.  The following hotels can be booked for under $100 a night.  Act quickly, these prices are too good to last.  Click here to get started.