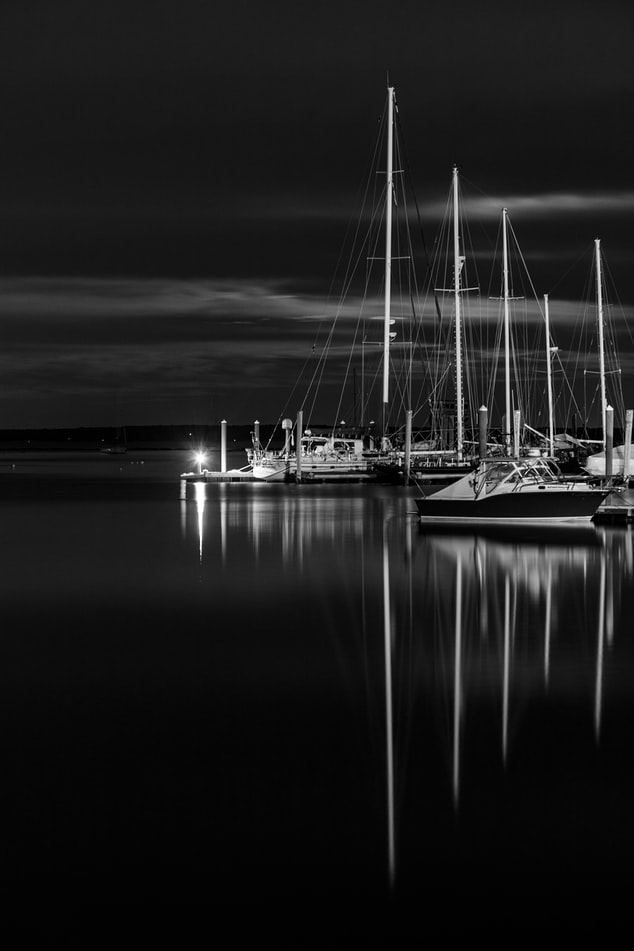 North Kingstown is a coastal town in Rhode Island.  It was settled in the 1670s by Roger Williams and Richard Smith.  The famous American portraitist Gilbert Stuart was born there and his birthplace has been made into a museum.

Quonset Point is a former military base that was once the home of the Seabees.  Visit the Seabee Museum & Memorial Park.

While you’re in North Kingstown, you can take the Jamestown Newport Ferry and explore Newport.

The North Kingstown Beach is on Narragansett Bay and is beautiful.  Residents and visitors alike enjoy swimming, clamming, boogie boarding and other water sports.  You’ll find picnic areas with tables.  Kids can enjoy the playground and there’s a walking trail.

Rhode Island has a fascinating, though turbulent, history so it should come as no surprise that paranormal activity has been reported here.

North Kingstown’s Dan Carriage Inn & SSaloon is one of Rhode Island’s famous haunts.  Dating back to 1760, it was formerly known as Hoof Fin Feathers.  A multitude of apparitions have been seen there, including several women of ill repute, a young girl with burn scars, and a little boy.  Countless people have reported noticing cold spots, hearing footsteps, and voices when no one is there, and being touched.  Members of The Atlantic Paranormal Society were able to confirm some of the experiences.  The Saloon was featured on the TV show, Ghost Hunters.

Nearby Exeter’s Ladd School has a terrible history.  In the early 1900s, it opened its doors as a school for the feeble-minded.  It later housed the mentally ill and criminals.  There were stories of the inmates being abused and tortured by the staff and/or other inmates.  It is estimated that more than 5,000 people died there over the years.  Ladd School survived several scandals but it finally closed its doors in the early 1990s.  People have reported batteries of any electronic devices they had drained immediately after entering the school.  Voices and screaming was heard when no one was there.  To this day, neighbors claim to hear cries and screams coming from the school.

In the late 1800s in New England, there was hysteria regarding vampires.  People truly believed in vampires.  When more than one member of a family died, many people suspected that someone in the family was a vampire.

Mercy’s mother and older sister died of tuberculosis.  Then Mercy and her older brother, Edwin, became ill.  After Mercy died in 1892, there were rumors that one member of the Brown family was a vampire.  The bodies of the Brown women were exhumed.  Mrs. Brown and the older daughter’s bodies were decomposed but Mercy’s was not.  She had been buried nine weeks earlier during a New England winter.  During an examination, it was found that there was blood in Mercy’s heart and liver and her hair and fingernails had grown.

The villagers were certain they had found their vampire.  They removed her heart and burned it on a rock, believing this would keep her from back from the dead.  Some of the ashes were mixed in a potion and given to Edwin to “cure” him.  It didn’t and he died two months later.

Mercy Brown is the most famous of the more than 100 people whose bodies were desecrated postmortem during the “New England Vampire Hysteria” of the 1800s.  After that, Rhode Island was named the “Transylvania of North America.”

When Bram Stoker, author of “Dracula,” died in 1897, newspaper articles about Mercy Brown were found in his possession.  Author H.P. Lovecraft also mentioned Mercy in his story, “The Shunned House.”

After the exhumation, there have been numerous reports of a spirit seen in the cemetery.  She is wearing ripped, dirty clothes and begs anyone who sees her to let her rest in peace.

Rhode Island is a beautiful state and its beauty is preserved in 15 state parks and 7 state beaches.

Green Vacation Deals can share ways to save money if you’re interested in buying a tent, a tipi, and camping cookware.

Fishermen’s Memorial State Park & Campground offers activities for the whole family.  Play basketball, volleyball, horseshoes, or tennis and there’s a playground.  It is located on part of what was Fort Greene.  A former military fire control tower is the park’s headquarters.  It is close to several state beaches and one mile from the Block Island Ferry Dock.  The campground has 147 RV sites with hookups and 36 tent sites.

If you prefer a hotel, you should consider the following establishments.  They currently have discounted rates up to 85% off regular rates.  Book them through Hotels.com to realize the savings.