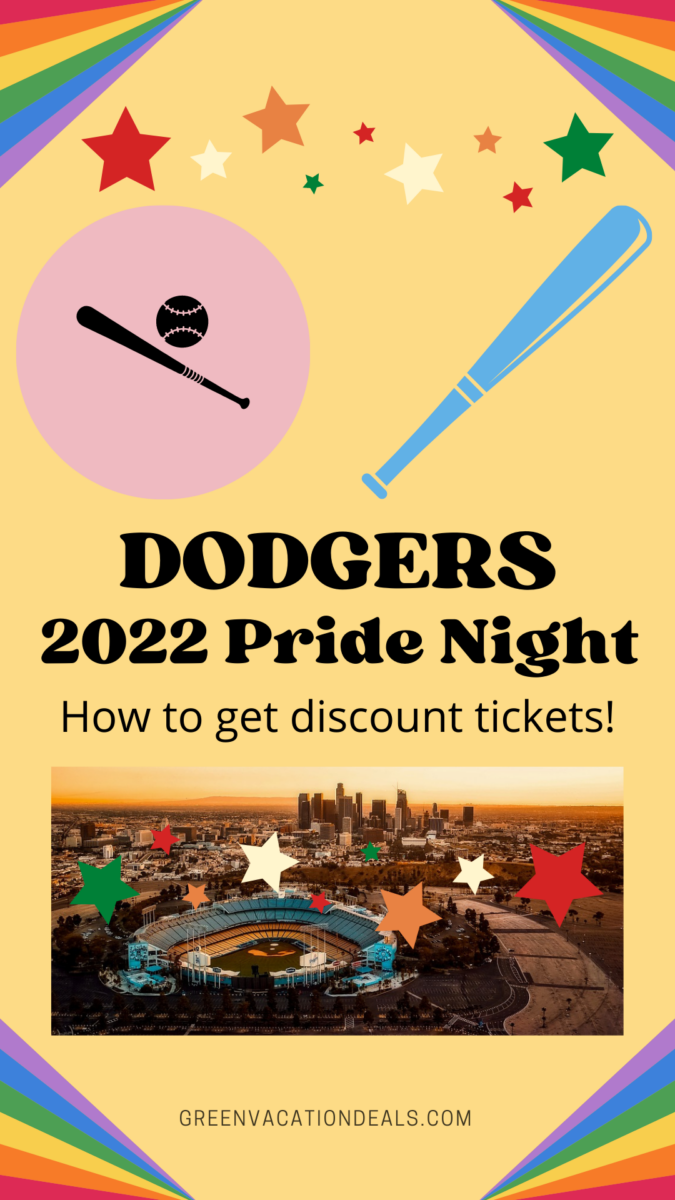 It’s the beginning of June, which means that it is pride month!  And if you want to celebrate pride in Los Angeles, one way to do that is at the Los Angeles Dodgers’ 9th annual Pride Night!

Pride Night this year falls on Friday, June 3rd.  They play the New York Mets at 7:10 p.m that night.

But the festivities start before then.  The pre-game party actually starts in the Right Field Plaza Bar.  It lasts from 5:30 PM up until the first pitch at 7:10 PM.

During the pre-game, the LA Dodgers will honor former Los Angeles Dodger Glenn Burke.  He was the first openly gay MLB player.  Another special guest at the pre-game is Billy Bean.  He is another former LA Dodger and he was the only other Major League Player to come out publicly after his playing career.  Bean is currently serving as Major League Baseball’s SVP, Diversity, Equity & Inclusion & Special Assistant to the Commissioner.  Also attending the game is Dale Scott.  He’s a 32-year career MLB umpire who came out in 2014.

Another fun thing that happens during pre-game happens in the outfield following the Dodgers’ and Mets’ batting practice.  You can watch a kickball game featuring select members of the Varsity Gay League (V.G.L.).  The V.G.L. is the country’s largest LGBTQ+ Recreational Sports league.

The festivities aren’t even limited to just before and during the game.  After the game, you can enjoy Friday Night Fireworks, set to music mixed by DJ Bowie Jane.

This event is presented by Blue Shield of California.  It should be a fun night for everyone who attends!

If you look for a ticket on MLB’s official website, the ticket prices start at $70/ticket.  But you can get a ticket starting at $48 each if you click here.  You’ll need to act quickly to take advantage of these cheap rates.  Pride Night at Dodgers Stadium sold out last year.  Oh, and by the way, you can get cheap tickets to other Dodgers games there, too.

Please note this discount ticket does include an exclusive Dodgers LGBTQ+-themed jersey.  You can get that ticket package here.

Want to show up to the game already wearing Dodgers pride apparel?  You can get some here:

Win A Trip To Chicago IL