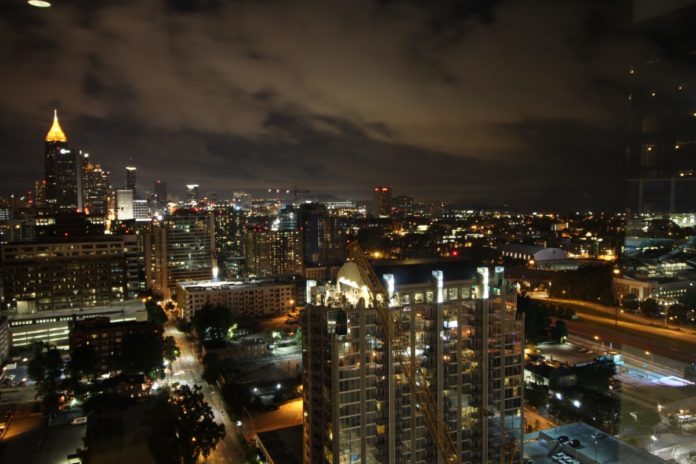 With Civil War battles, historic cemeteries, duels, Spanish flu epidemic in Atlanta, it is not surprising that so many lost souls are restless and still roaming the streets after dark. This one hour ghost tour will tale you to the locations of actual hauntings.

You’ll meet your professional guide outside of Babs Midtown. Before a restaurant was there, the house on that lot was the most haunted house in Atlanta. Children used to run past the house. Even though the house is gone, the site continues to experience paranormal activity. Listen to chilling tales of what the restaurant staff has encountered.

Hear tales of tragedies, suicide, murder, lost love and betrayal as you walk from one haunted site to the next. Hear stories of the Midtown Strangler. Many tragic accidents have occurred in Midtown with the metro rail transit, including a horrific killing. Listen to chilling stories of the spirits who linger here.

You’ll stop at a place of health and wellness, but the site has had more than its share of dark secrets, suicide and tragedy. Hear about these spiritual forces and the resulting haunting.

The tour will chill you with stories you might not want to believe. Learn about phenomena for which there is no reasonable explanation.

Beneath its Southern charm and beautiful architecture lies Atlanta’s dark past. The Fox Theatre was built in 1928. Movie mogul William made it into a movie palace. Today it hosts events, live performances and spirits from every decade of its existence.

An organist worked in the Theatre for many years. When he died, he asked that his ashes be scattered in the Theatre. They were but apparently he never left. The staff reported hearing someone playing the organist’s favorite tunes after hours when no one was there. That has continued until today.

Numerous staffers have reported hearing the sounds of heavy footsteps in the Theatre when it is empty. There have been reports of shadowy figures floating along the walls, doors swinging shut on their own and blasts of cold air. Others have reported seeing a disembodied ghostly face watching them from the dark.

Be sure to bring a camera. There’s no telling what you might capture. There really is more to this world than meets the eye.

Click here to get the best available price for this tour.

St. Patrick’s Day Festivities At The LINQ In Las Vegas

Save on Cruises from Tampa

Save On Oceanfront Cottage Rentals On Tybee Island, Georgia