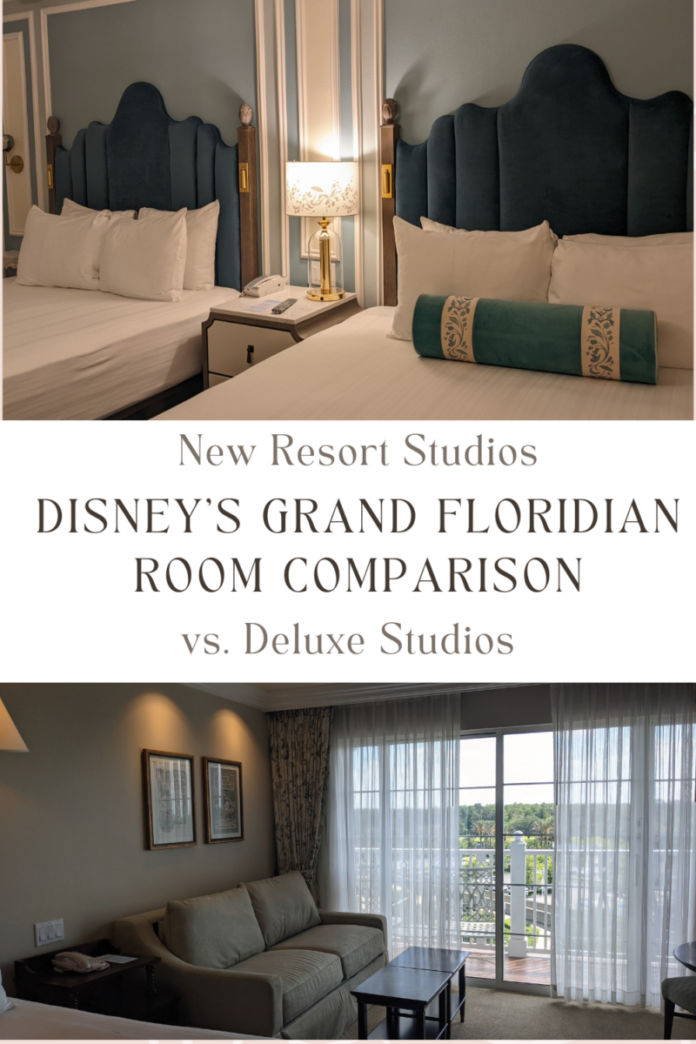 So here at Green Vacation Deals, we’ve talked a lot about renting DVC points as a way to save money on Disney World trips.  We go into further detail here.  But the basic gist is that a lot of the top deluxe hotels at Disney World have certain DVC rooms for Disney Vacation Club members.  But you don’t have to be a Disney Vacation club member to stay there.  You can rent points and then stay there at rates that are cheaper than other rooms at these deluxe rooms.  And it is a great way to have a (somewhat) affordable stay at top Disney hotels.

Take Grand Floridian, for example.  My family used to think it was too expensive to stay there.  But by renting DVC points, I’ve been able to stay there for around what it would cost to stay at a moderate resort at Disney World like Port Orleans Riverside.  I never would have thought this was possible ten years ago before I learned this important Disney World hack.  But I’m so glad I’ve gotten to stay at Grand Floridian.  It is a wonderful hotel within walking distance (or a monorail ride) of the Magic Kingdom, my favorite Disney park.  And it is such a beautiful resort. 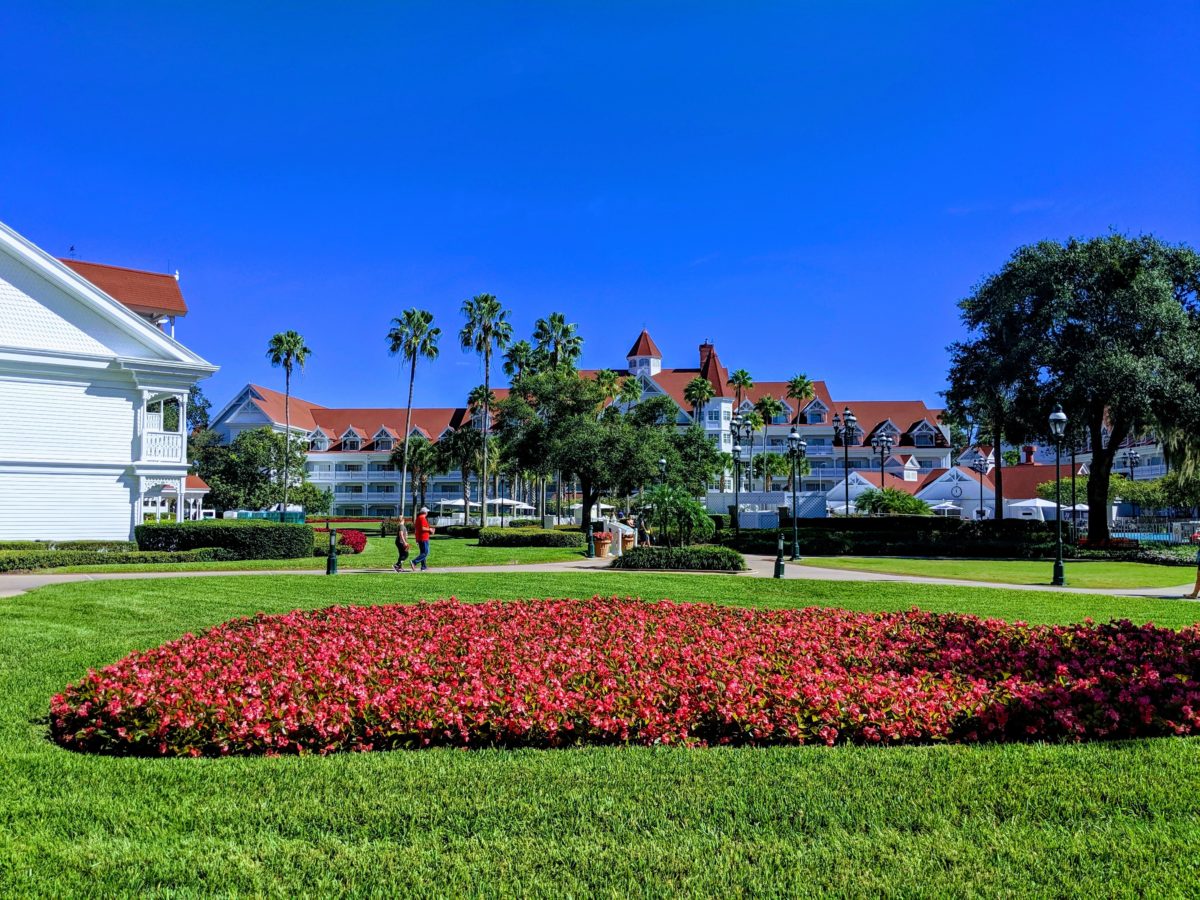 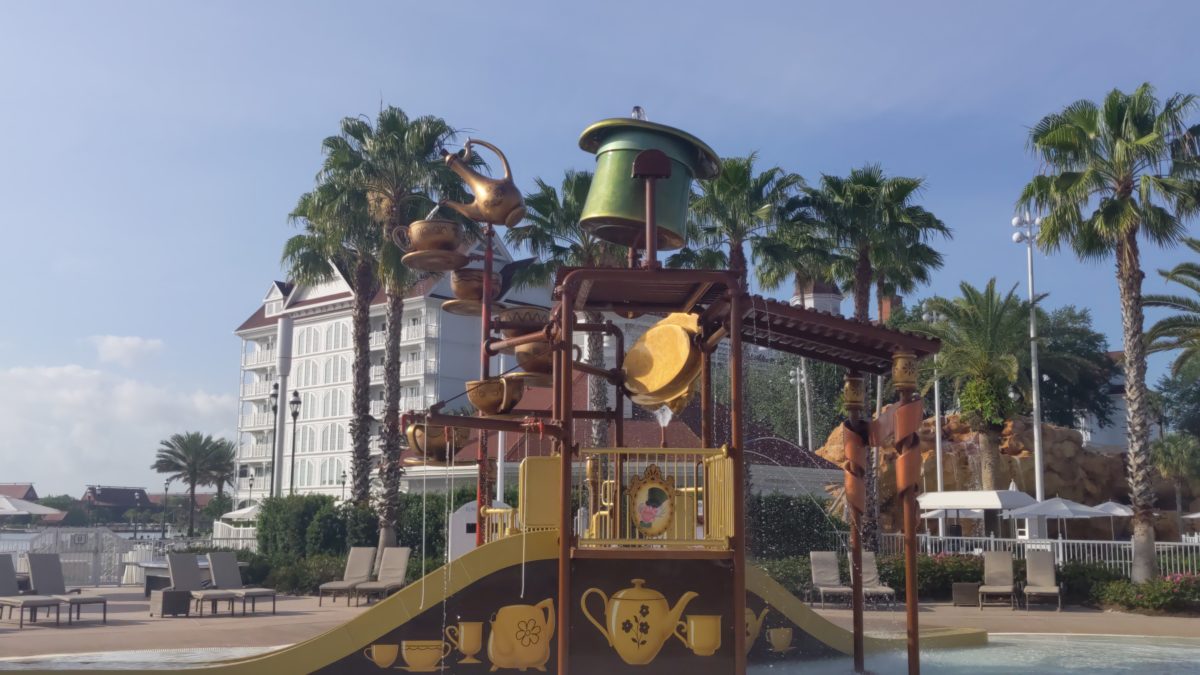 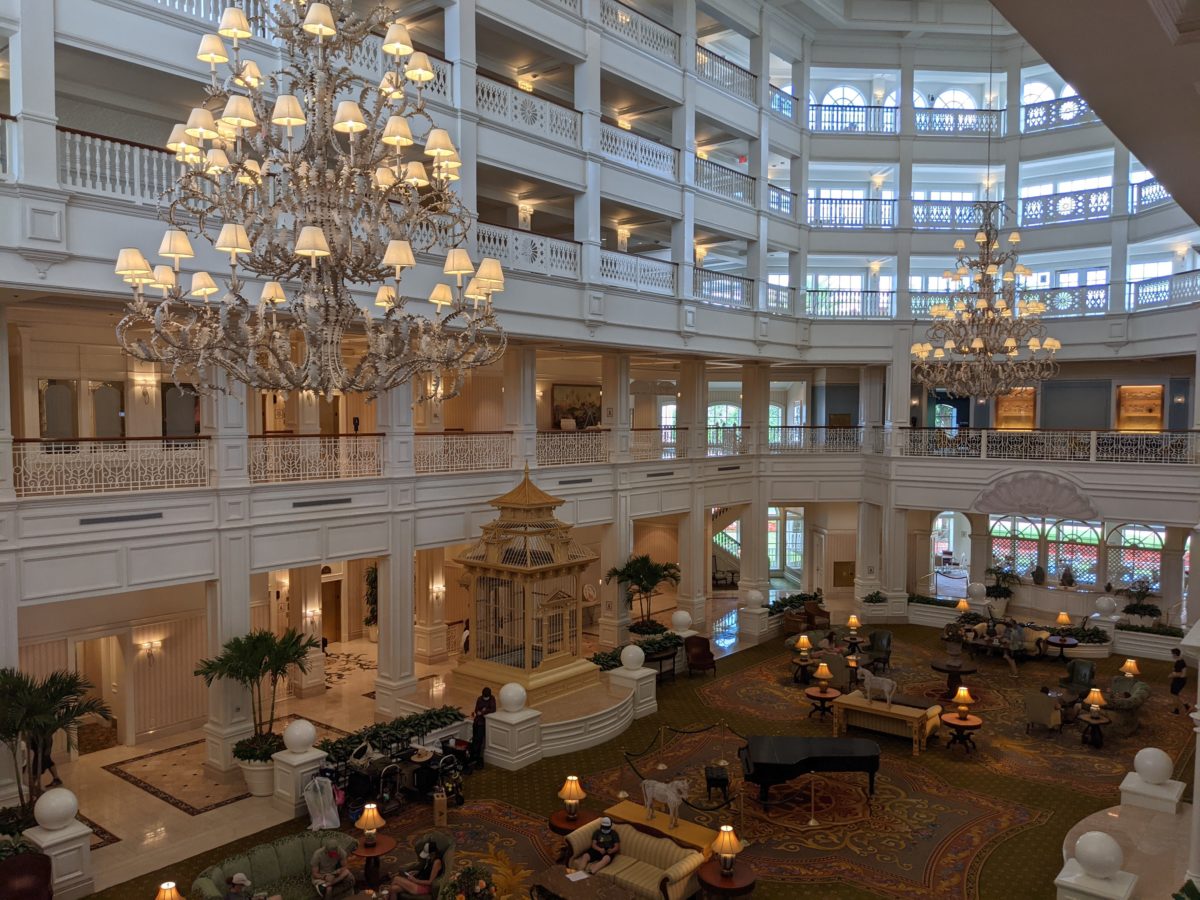 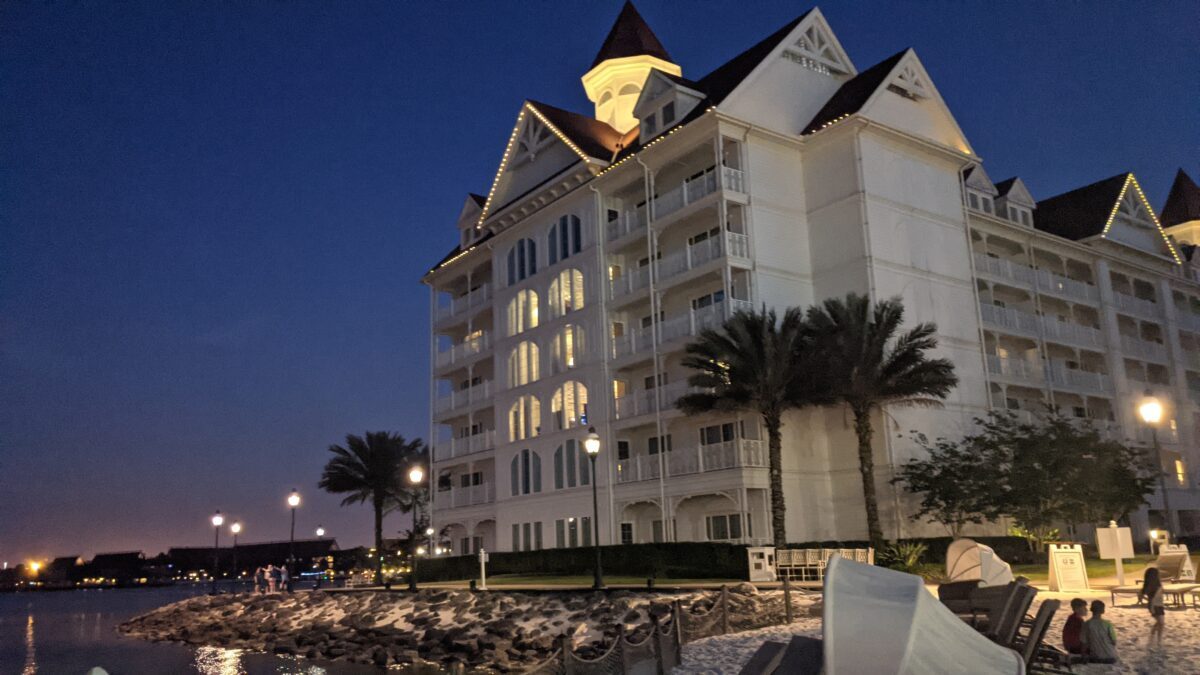 So the cheapest rooms at Grand Floridian for DVC members are the studios.  Staying in multiple bedroom guest rooms can be great but as you would imagine, it is more expensive.  So I wanted to talk about the two different studio options.

See, very recently (as in this past year in 2022), Disney World added more DVC rooms to Grand Floridian.  These new rooms are Resort Studios.  All the DVC studio rooms built prior to this are deluxe studios.  When you rent points, the cost of these rooms is identical. My family had already stayed in a Deluxe Studio.  But this past week, we stayed at a Resort Studio for the first time.

Before I begin, though, I do want to stay both options are really amazing.  I highly recommend either, and if only one of the options are available during your trip, I would take either room option.  But if you have a choice, you might want to use this guide. 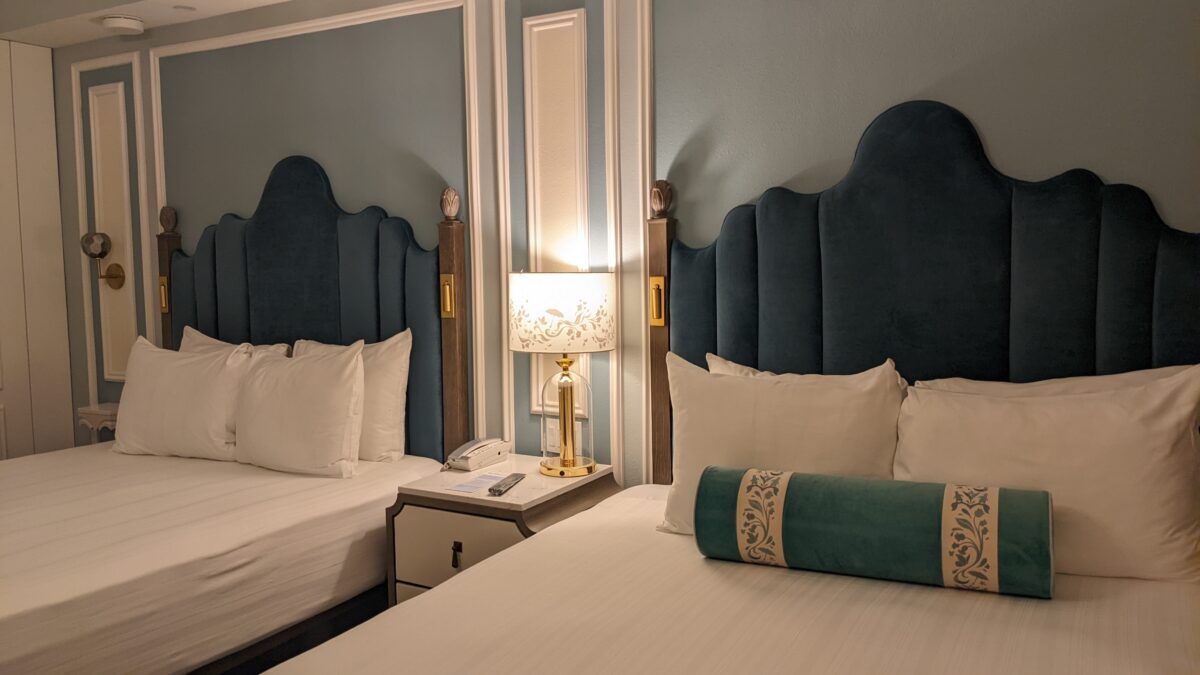 This to me was a big deal for my family.  And really, the benefit depends on your family.  But it can be really great depending on your family makeup.  For example, if you have younger children, they may not mind sleeping on a sofa bed.  But older teenagers may appreciate having a bed long enough for them.  Also, a queen bed is infinitely more comfortable than a sofa bed.  So your kids will appreciate the comfort.

The resort studio still however has a sofa. 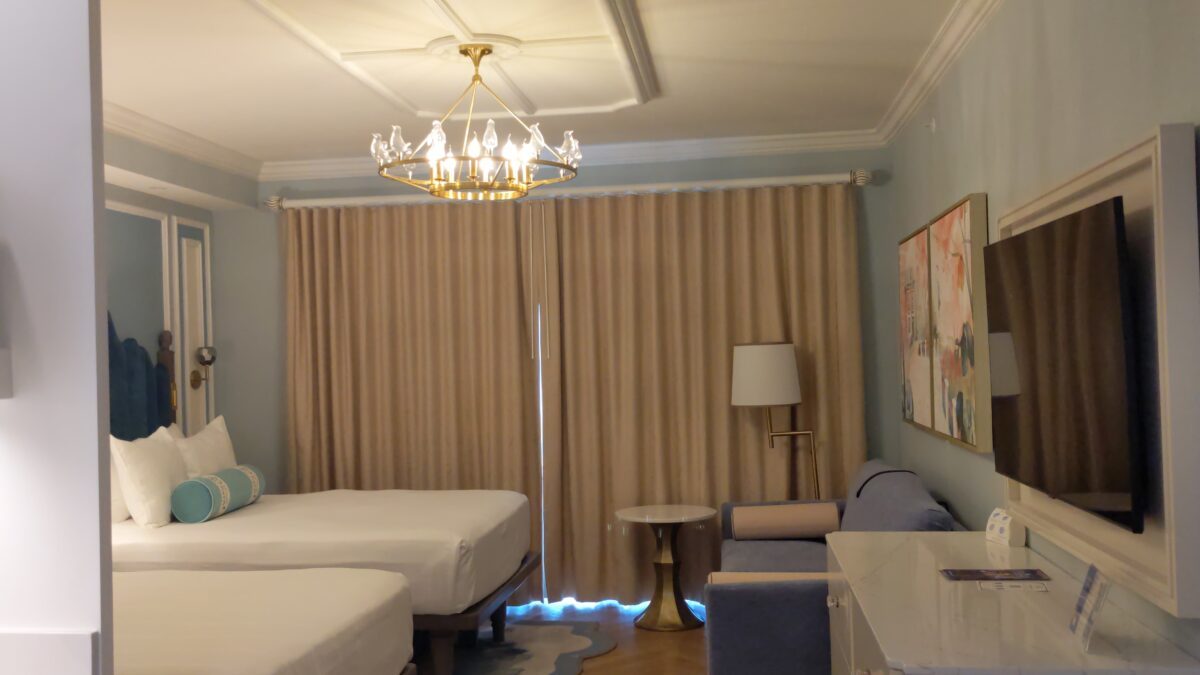 So you still have a place to sit and relax after a day at the parks.  But the advantage of not having to use a sofa bed is that whoever is using the sofa doesn’t have to suddenly jump up once someone wants to go to bed.  Everyone else in your family can be asleep in bed while you’re sitting on the sofa reading if you want to.  To me, that is a big plus.  Plus, pulling out the sofa bed at the end of a long day can be kind of a pain.  What also can be a pain is finding a place for all the cushions and moving the chairs and table so you can make room for the sofa bed.

Our TV was also a lot better than the TV at a deluxe studio. 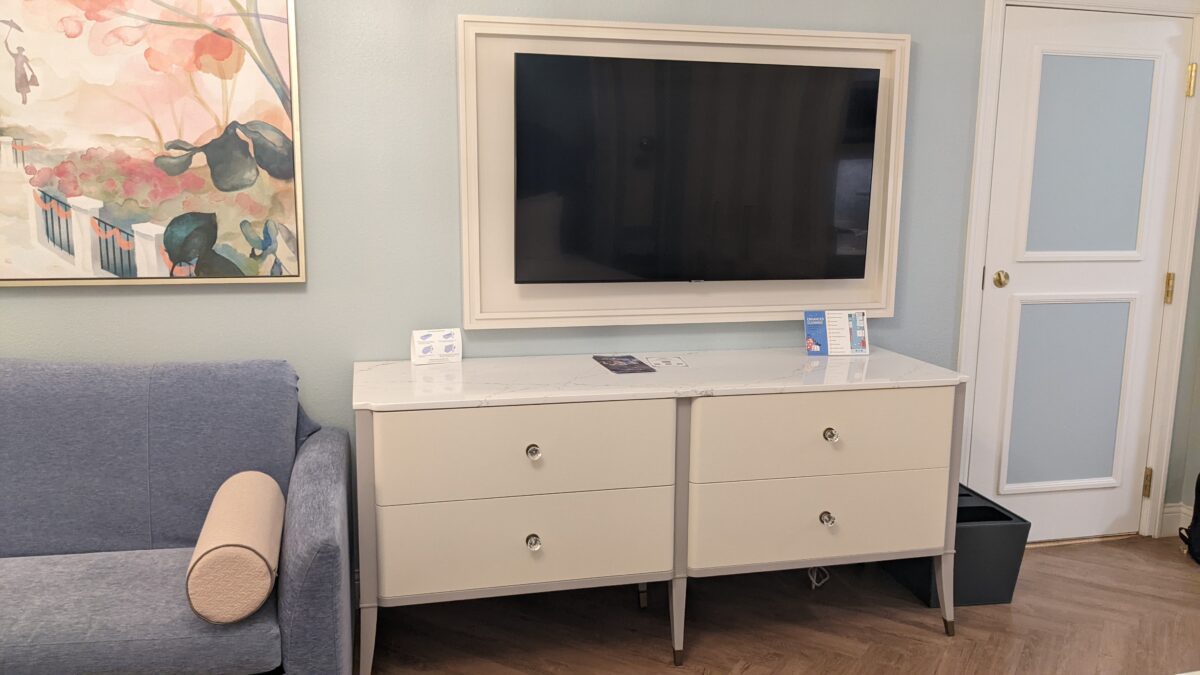 It even had the option to cast a Chromecast-enabled device to the TV.

The room also had much more of a luxury feel to it.  For example, the light fixture resembled a chandelier. 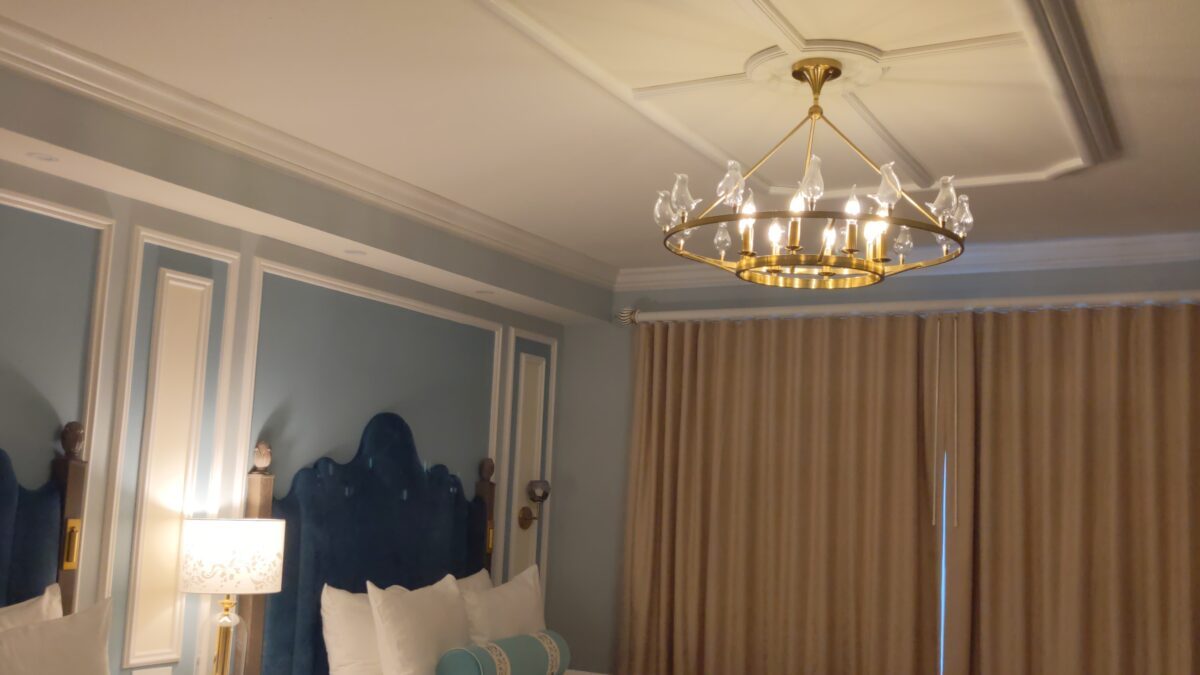 The decorations were prettier, with lots of gorgeous pastels and flowers all over the room. 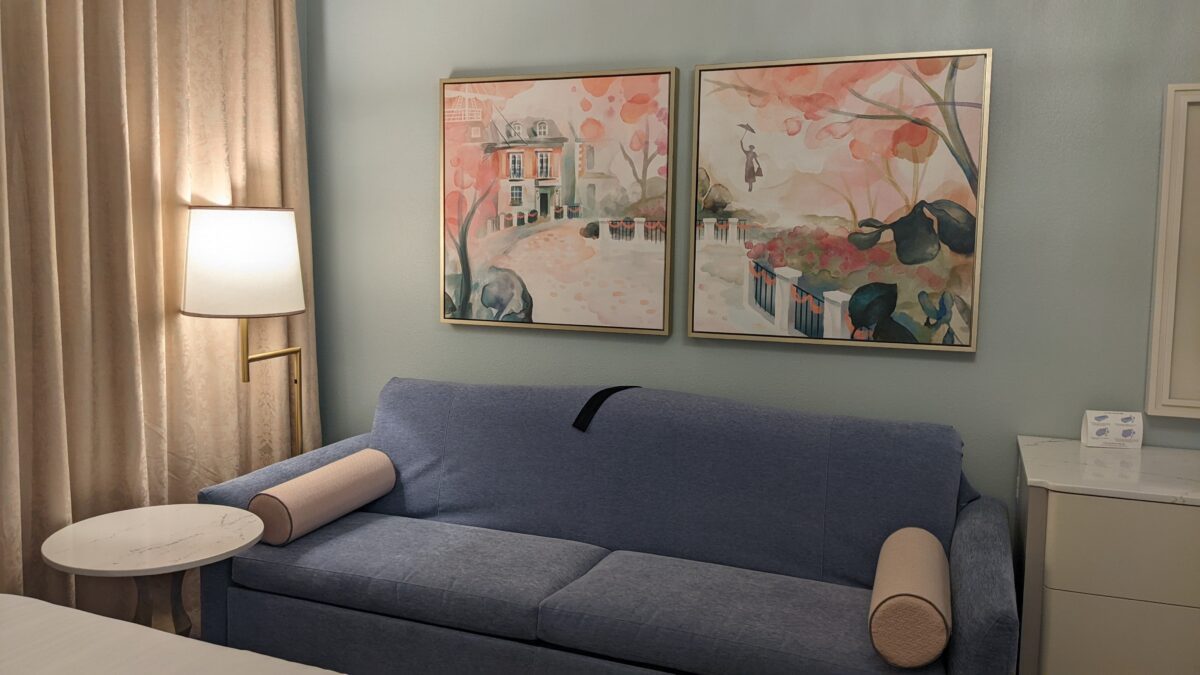 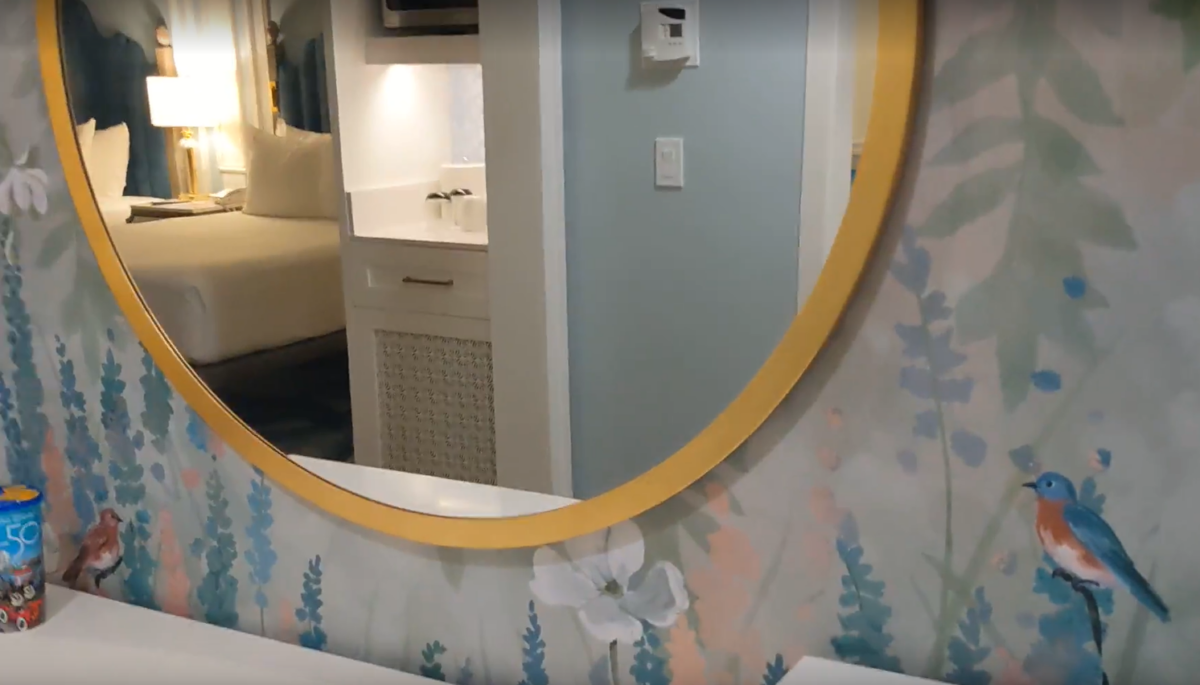 I also really like the lamp between the beds. 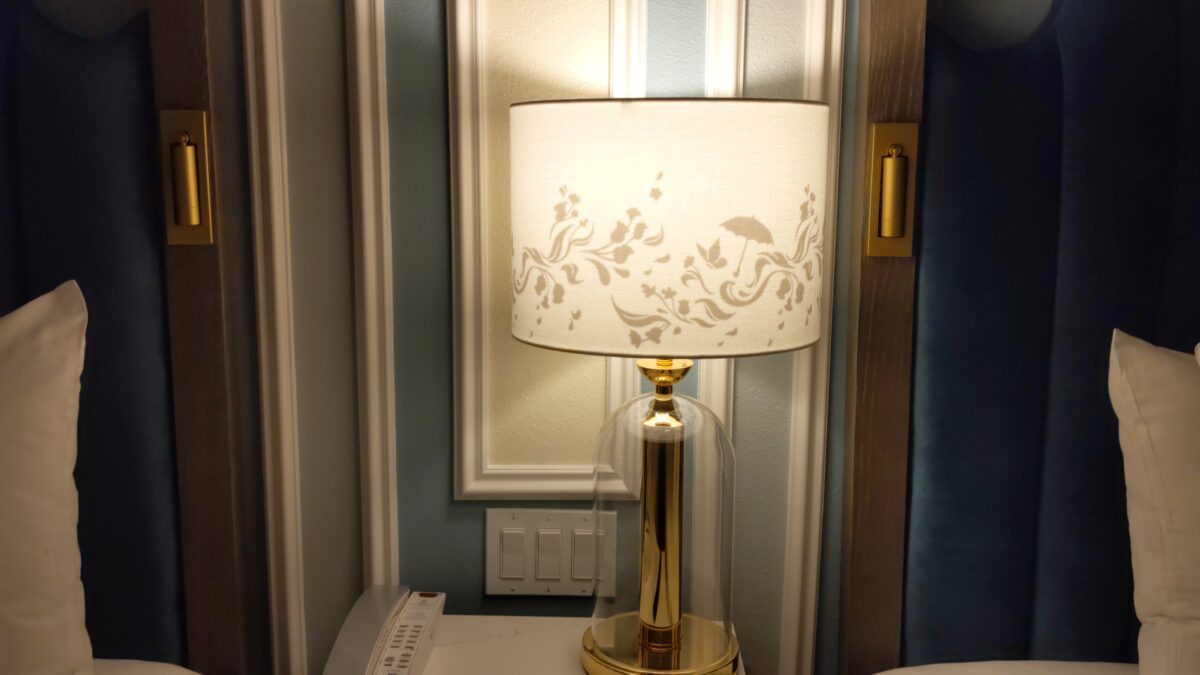 The room had an overall felt more unique. 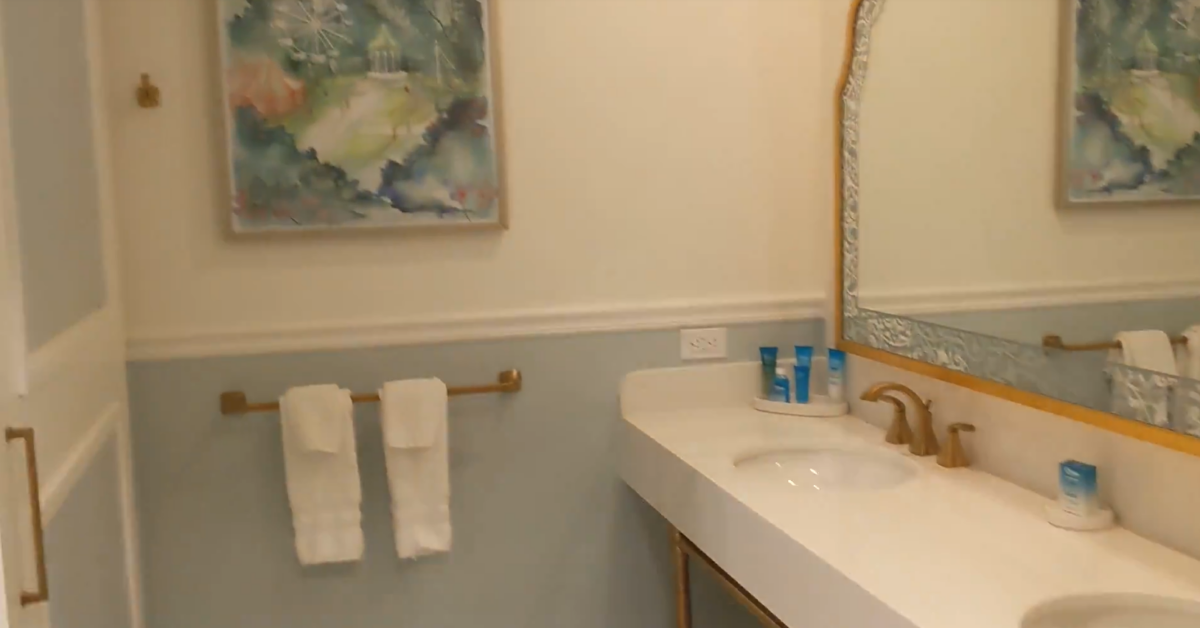 Another benefit of booking a resort studio is that you can book a resort studio with a Magic Kingdom view!  We did not do that, but I would imagine getting this view would make your experience even more magical.  Of course, it does cost extra to get one of these rooms.

Now, you may be wondering, if a deluxe studio has fewer beds, what do they have with that extra space?  And that answer is the main advantage of a deluxe studio: a kitchenette. 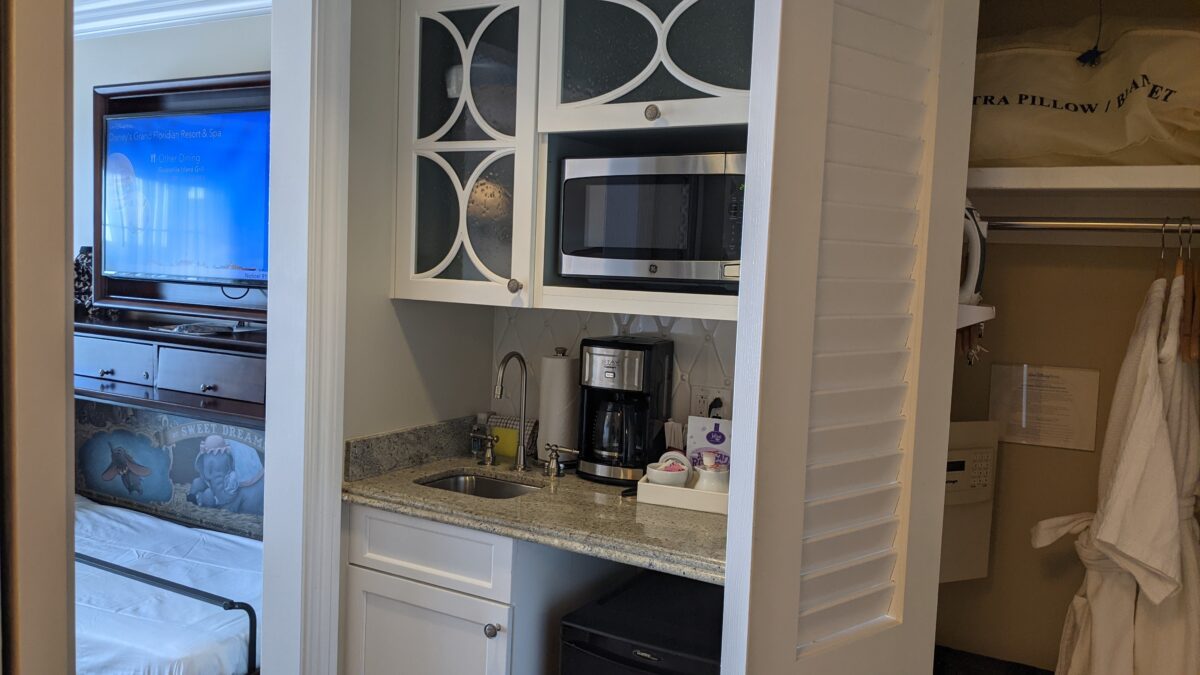 I will note here, though, that it is more of a kitchenette than a full kitchen like say you can get at say Bay Lake Tower at Contemporary Resort.

The rooms at deluxe studios also have a table with chairs. 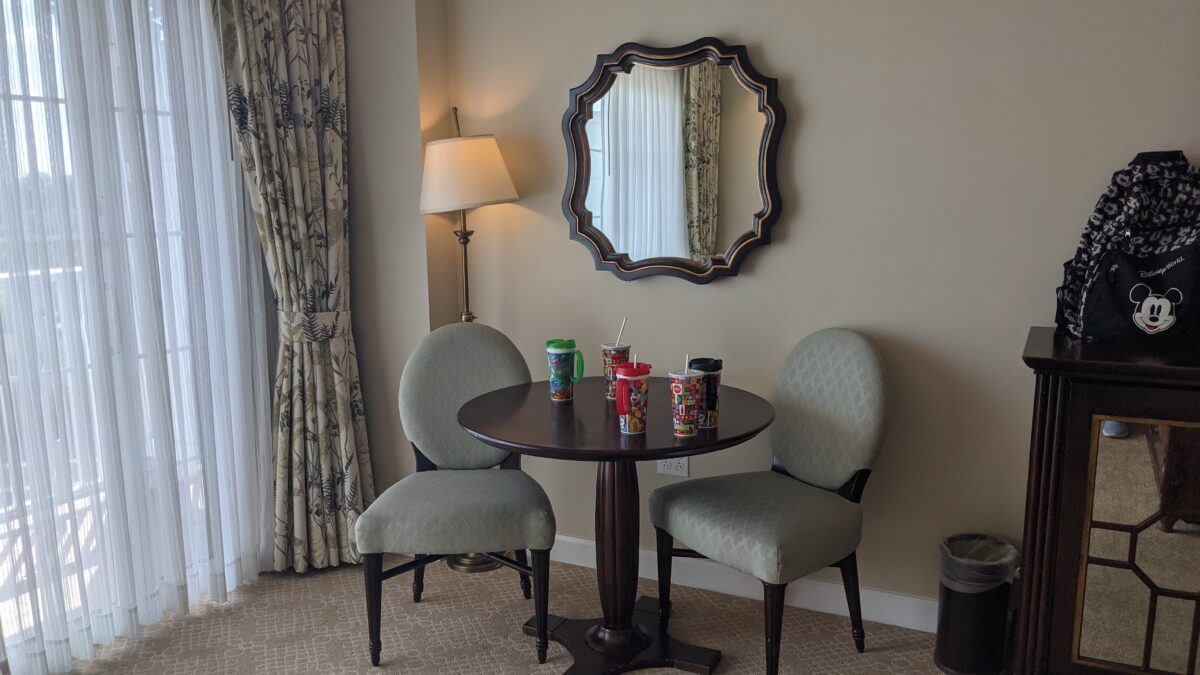 This is good if you want to do any work on your trip.  You can sit on the couch and work there in the resort studio.  But they don’t have a table so you can’t really have a workspace.  You also can use that table and chairs to eat a meal at your room at a deluxe studio.

The deluxe studios also have more of a home away-from-home feel.  Now, if you like staying in hotels, that might not be positive.  But staying in a room that also feels like home is also a nice feeling.  And that is something the deluxe studio has over the resort studio.  It’s also not quite as colorful, which could be an advantage for you. 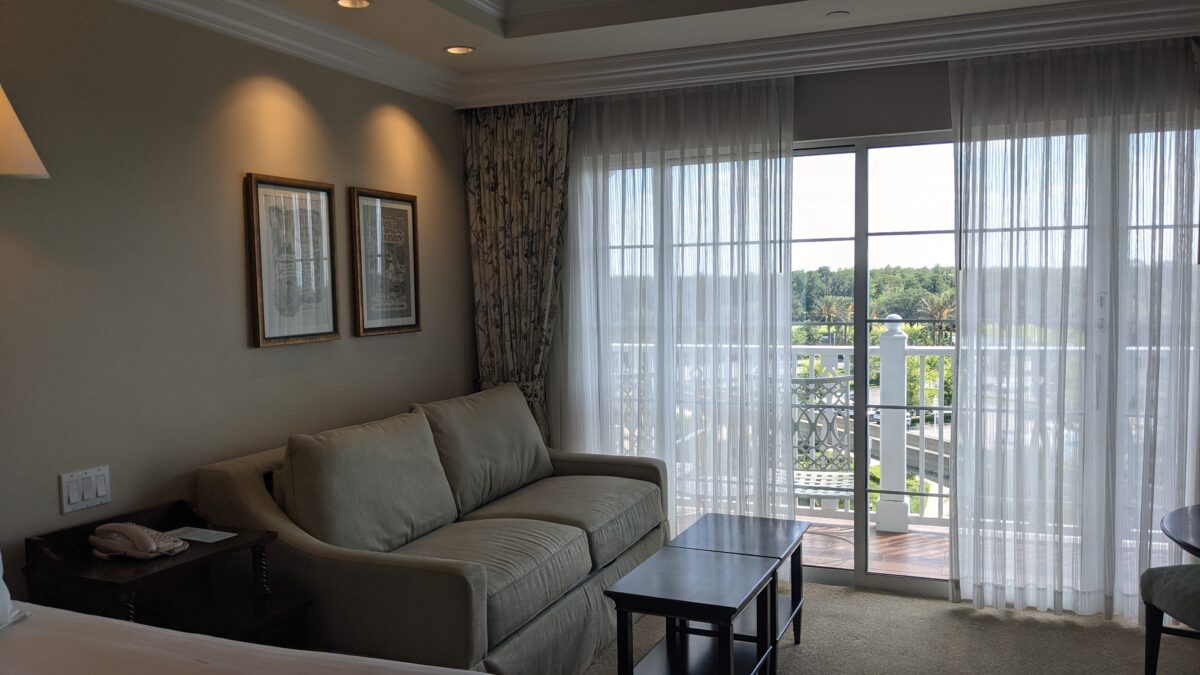 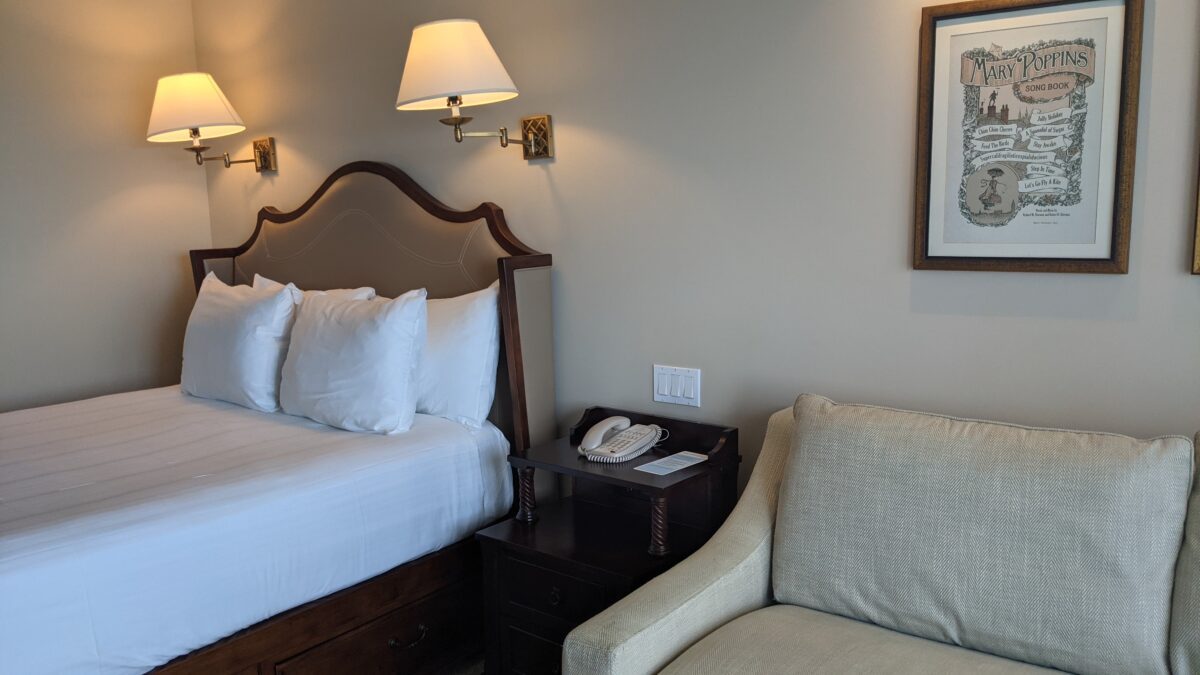 One advantage of the bathroom area at the deluxe studio is that the shower is separate from the toilet, which is helpful if you need to go while someone else in your family is using the shower. 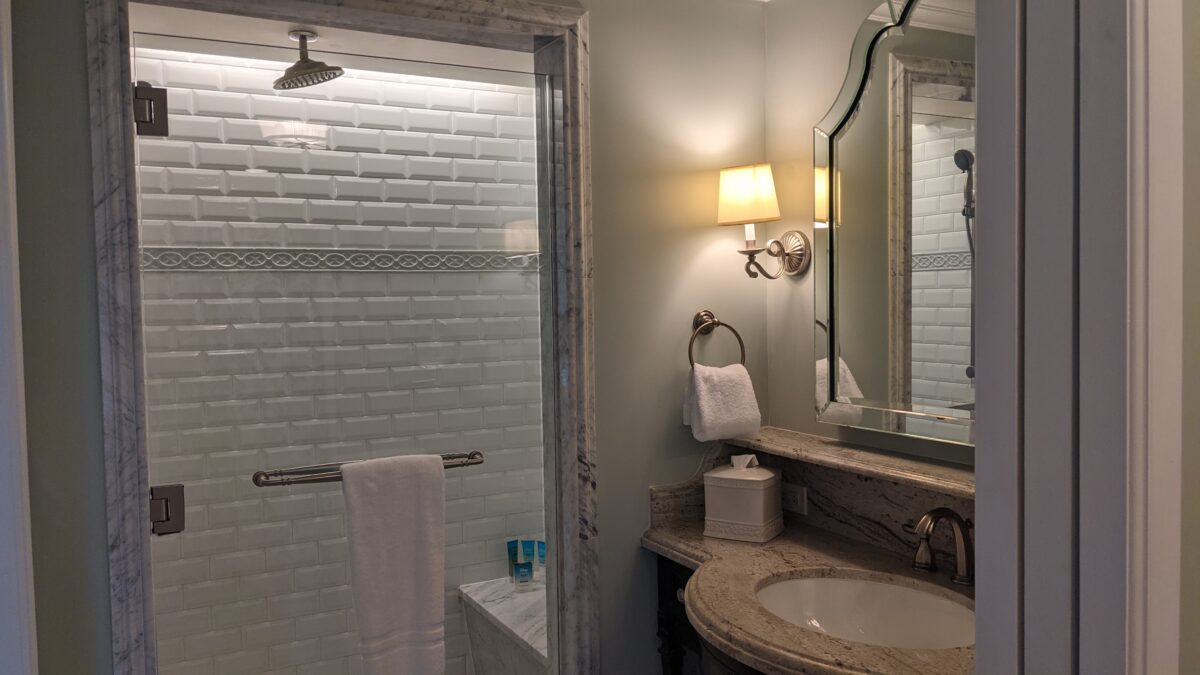 One other nice thing about the building the deluxe studios is in is that they have a covered walkway from the busses.  This is really nice when it rains (which happens a lot in Florida).

Staying at Grand Floridian at Disney World is amazing but can be expensive.  An affordable way to do it is by renting DVC points.  You can find out how to do that here.

The most affordable options at Grand Floridian are the deluxe studios and the brand-new resort studios.  Both these options cost the same but have different advantages and disadvantages.  Which studio you want to stay in may depend on your preference.

Why You Should Attend Disney California Adventure Oogie Boogie Bash