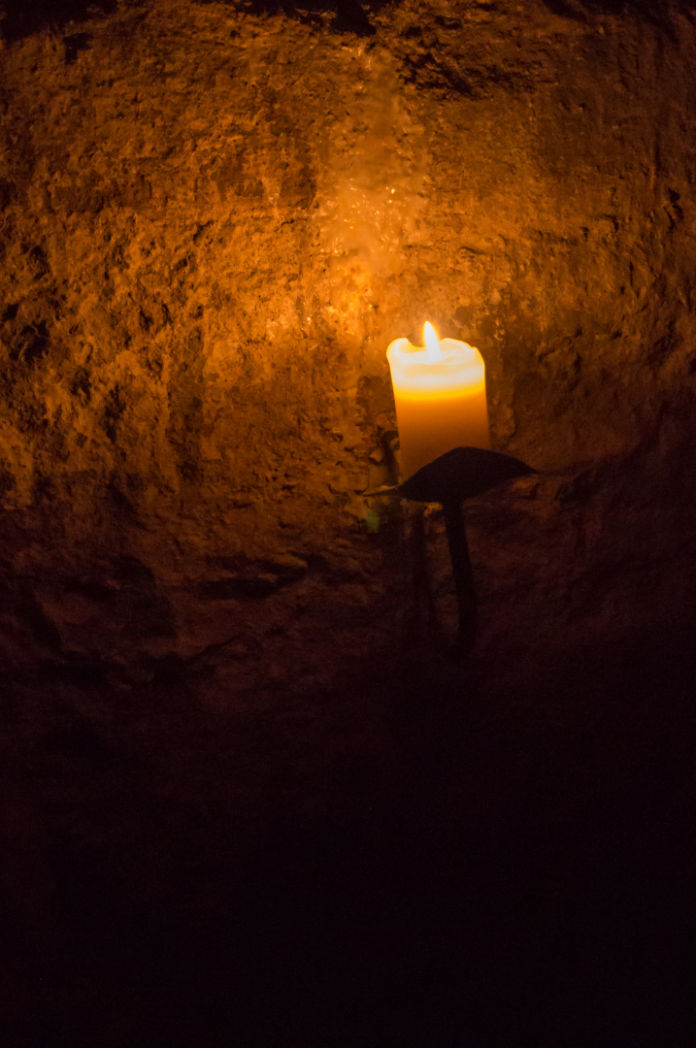 Explore the haunted streets of Edinburgh, Scotland, on a 90-minute spooky walking tour. Be prepared to be scared.

Visit the Greyfriars Kirkyard and learn why The Daily Beast called it the most haunted cemetery in the world. Learn about a loyal Skye terrier who guarded his master’s grave for 14 years. The terrier, known as Greyfriars’ Bobby, is buried in the cemetery and has his own statue there. Find the names of some characters from the Harry Potter series – McGonagall, Moodie, Charles Black, Margaret Louisa Scrymgeour Wedderburn, Cruikshanks and Tom Riddle.

Look at the Gothic mausoleums and learn about notable burials as you explore the cemetery’s grim history. Hear tales of body snatchers, ghosts and poltergeists.

Sir George McKenzie was buried in Greyfriars Kirkyard in 1691. In the 1990s, a homeless man attempted to break into his tomb. The floor collapsed beneath him and he tumbled into a pit of bones of old plague victims. He pulled himself out and ran away. But it is said that he unearthed something evil. Since then, visitors to the tomb have left with scratches, bruises, bite marks and even broken bones. Some have been found unconscious near the tomb with bruises around their necks.

In 2000, a spiritualist visited McKenzie’s tomb, hoping to exorcise the evil spirit. He felt such evil from the tormented souls that he ran out of the cemeteries. He died of a heart attack a few weeks later.

You’ll see the most haunted places in Edinburgh, including the Underground Vaults located in the arches of South Bridge. These dark subterranean chambers beneath the city’s streets have a 400 year history. Hear terrible tales of torture, witchcraft, ghosts, murder and more.

Burke and Hare, the infamous serial killers who sold corpses to medical schools, are believed to have hunted their victims in the Vaults.

The television show, “Ghost Adventures,” investigated the Vaults on an episode and claimed to have had numerous encounters with spirits there. The show, “Most Haunted.” did two shows from the vaults and said spirits were there.

There have been literally hundreds of alleged ghost sightings and paranormal happenings down there. The BBC said of the Vaults “possibly one of the most haunted places in Great Britain.” Come take the tour and find out why.

Looking to save money on this tour?  Click here, and you can book this tour at a lower price!

Win a Trip to Rome Italy