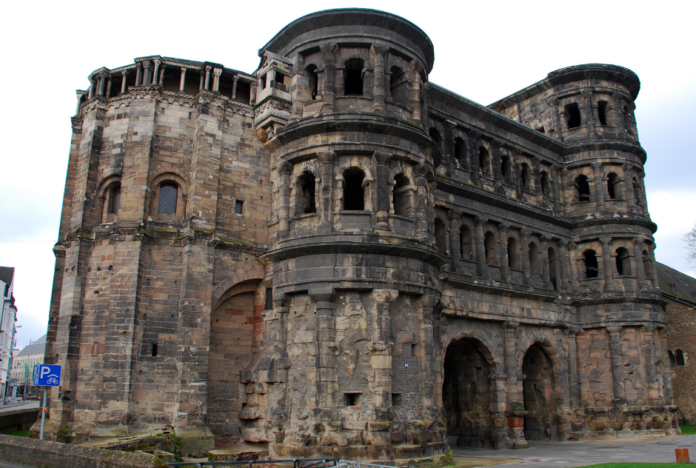 Trier, Germany is a wonderful city for sightseeing.  It’s Germany’s oldest city, dating all the way back to Roman times.  There are lots of old monuments and Gothic & baroque buildings you can see in Trier.

So are you planning a holiday in Trier, Germany?  Well, first of all, check out these hotels for when you stay here.  These are some of the best hotels you can stay in during your trip there.

But secondly, I know you’ll want to do some sightseeing there. Then the best way to see all the city’s best attractions is to book a Hop on Hop off bus tour!

City Sightseeing has a wonderful hop on, hop off bus tour.  One of the reasons it is so great is that you can sit on the top of the bus.  There you will get amazing 360º panoramic views of the city.  And you will be able to get amazing pictures and videos to post on your social media accounts!

In addition to just seeing these monuments, you will get to learn about them, too.  This tour features audio commentary so you can learn about Trier’s culture & history during the drive.

But the best part of this tour are the stops.  There are 7 different stops. You can get out on any of the stops you choose.  Then when you are done sightseeing, you can get back on the bus and continue the tour.  This is such a great way to see Trier on your own time!

So you are probably wondering, what are these stops?  Well, now we will go over them!

Porta Nigra is one of 4 Roman gates that are still standing in Trier.  You can also see the 11th century St. Simeon’s Collegiate Church by getting off on this stop.  This church, named after the Greek monk, has beautiful courtyards and a museum honoring the city’s heritage.

Zurlaubener Ufer is a beautiful neighbourhood with wonderful old-style houses.  This is a good stop if you want to eat because there are amazing dining experiences nearby in one of Trier’s terrace restaurants.

Petrisberg is Trier’s landmark mountain and you can get wonderful views of the Trier Valley from here.

The Amphitheater is a historic Roman amphitheater that sat 20,000 people.

This brick-built basilica that was originally constructed as Constantine’s throne room around AD 310.  It holds the distinction of being the largest single-room Roman structure that’s still in existence today.

Karl Marx, who is known as the father of socialism and communism, was born in Trier in this house.  It now houses a museum both about Karl Marx’s life and the history of communism.

Looking to save money on this sightseeing tour of Trier, Germany with a coupon?  Then click here and use the promo code “CSSWW10”.  You’ll save 10% off the price of your ticket!  This coupon code is valid through 31 December 2020.

Save on Hard Rock Hotel NYE 2019 in Daytona Beach