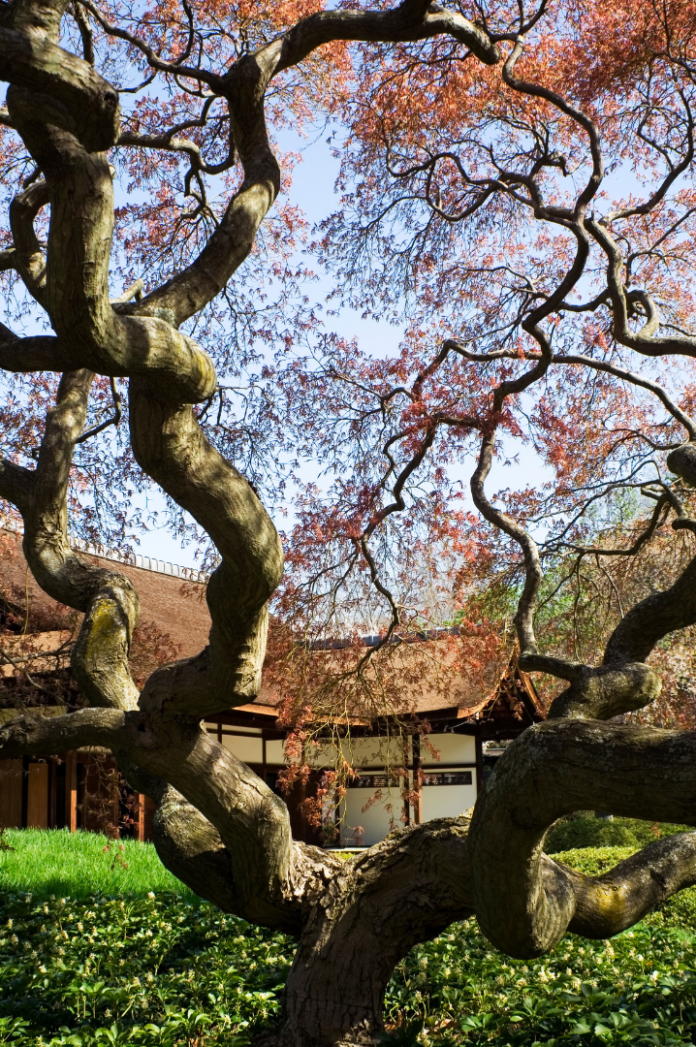 Have you ever wanted to go to Japan?  Well, you can feel like you’ve traveled there without even leaving the Philadelphia, Pennsylvania area.  You can do this by visiting Shofuso.

It has a really interesting history.  Shofuso was originally designed by architect Junzo Yoshimura in Nagoya, Japan in 1953.  It was then shipped to New York where it was exhibited in the courtyard of the Museum of Modern Art in New York.  It was part of “The House in the Museum Garden” series, which exhibited three different types of structures that influenced mid-century modern American architecture.

Shofuso was reassembled at the current site in 1957-58.  This is a location where there has been a continuous Japanese presence since the 1876 Centennial Exposition.  That is when the first Japanese garden in North America was installed behind a small Japanese bazaar.

Shofosu is now a great historic site and museum.  It has a hill and pond garden with a tiered waterfall, an island, and koi fish.  It also has a tea garden with a traditional tea house.  Additionally, it has a courtyard garden leading to a bathhouse.  Shofuso has a total of three different garden areas.

In 2007, international artist Hiroshi Senju was inspired by the garden’s waterfall.  So he donated twenty contemporary murals to Shofuso.  They are now permanently displayed inside the house.

Shofuso is now a great tourist attraction in Philadelphia.  It is a great place to visit if you are interested in Japanese culture.

Looking for a coupon to help you save money on admission to Shofuso?  Well, let me help you with that!

Save on July 4th Cruise on The Valiant in Boston Harbor